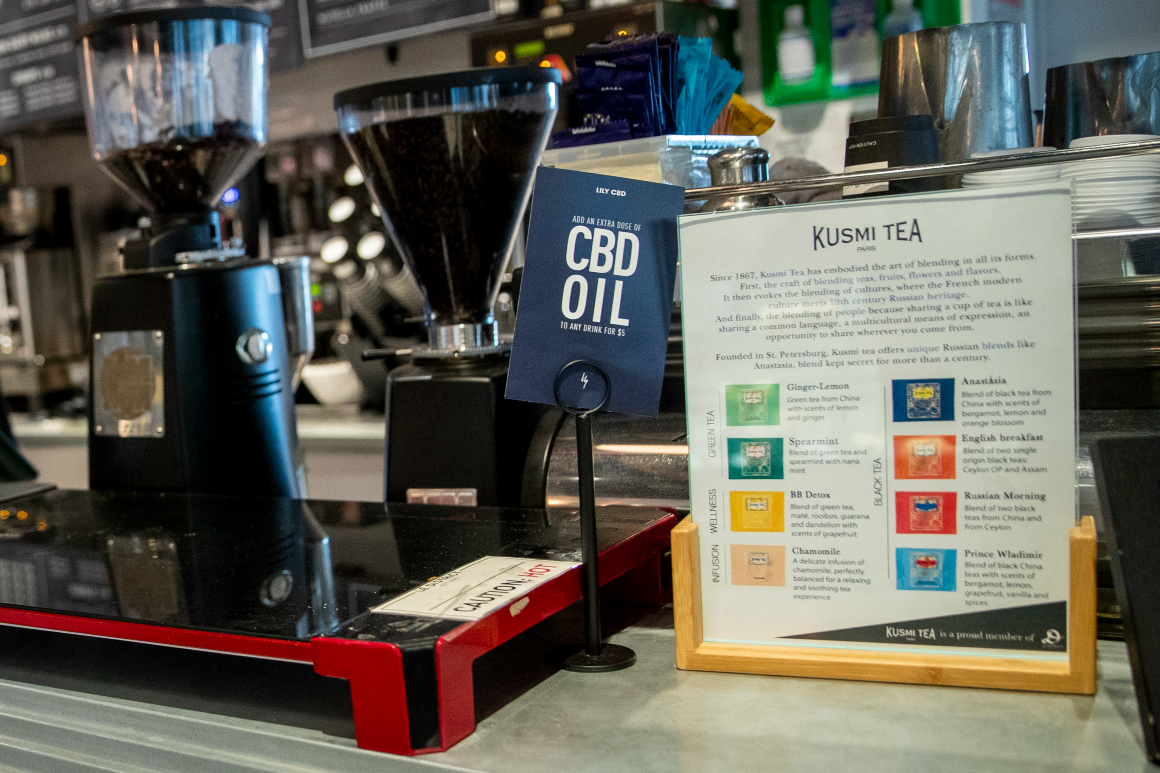 The cannabis industry has mastered the art of selling pot-infused brownies, gummies and even popcorn. But it’s struggling to boost a potentially lucrative market that centers on persuading Americans to drink their weed.

Rather than rolling a joint or puffing on a vape, some of the largest cannabis companies in North America see a multibillion-dollar marijuana beverage industry waiting to be tapped as states increasingly embrace legal weed.

“This is a product that they’re going to be very comfortable consuming,” said David Culver, vice president of government relations for Canopy Growth Corp., which is the top seller of cannabis drinks in Canada. “They don’t want to smoke it. They don’t potentially want to vape it. But consuming it as a beverage is something that they can do.”

The universe of cannabis beverages is already large and seems to grow by the day: seltzers, wines, beers, teas, colas, cocktails. Many of the world’s biggest beer companies — Anheuser-Busch InBev, Pabst Brewing Company, Constellation Brands — have invested in cannabis drinks. Craft brewers like Lagunitas Brewing Company in California and Atlanta-based SweetWater Brewing Company are also getting into the business.

And there are some promising signs for the industry.

Most marijuana drinks have negligible calories, and the products pose little risk of a hangover. Cannabis beverage sales in the U.S. are expected to hit $421 million this year — more than double 2019 figures, according to Brightfield Group, which tracks the industry, and double again to nearly $1 billion by 2025. Yet the beverage sector is less than 2 percent of the larger $20 billion legal weed marketplace.

“This is a category that can be moved dramatically if someone can get it right,” said Bethany Gomez, Brightfield’s managing director. “No one’s gotten it right yet.”

But where investors see untold riches rolling in — eight states have backed full legalization either at the ballot box or legislatively just in the last year — there are plenty of policy, social and logistical hurdles.

Many cannabis beverages have traditionally been produced and marketed for their hardcore consumers, packing a THC wallop that would need to be calibrated or risk staggering the casual customer. The price of the drinks is driven up by marijuana’s federal illegality, requiring costly production, bottling and distribution operations to be set up in each state. There is also a more practical challenge: dispensaries don’t typically have refrigerated display cases.

“Would I love to be on the shelf next to Robert Mondavi and other prominent wines? Absolutely,” said Tracey Mason, CEO of House of Saka, which has been selling cannabis wines since 2019 in California and has plans to expand to Michigan and Canada this year. “Do I see that happening in the very near future? No. But I do see cannabis retail outlets dramatically changing and becoming much more beverage friendly.”

Luke Anderson, the co-founder of Cann, which has been selling low-potency THC seltzers with flavors like blood orange cardamom and ginger lemongrass since 2019, argues that a broader embrace of cannabis beverages will occur once consumers get comfortable with the products.

”It’s very similar to oat milk or kombucha in that the biggest thing is consumer education,” Anderson said, noting kombucha sales were only about 1 percent of the beverage market 15 years ago. “Now that’s totally changed, and you can see it dominating the cooler in premium grocery stores everywhere.”

With the spread of marijuana legalization across the country, overall cannabis sales are projected to double in the next four years, topping $40 billion, according to New Frontier Data, an analytics firm that focuses on the cannabis industry.

“The beverage ecosystem presents a phenomenal opportunity for both growth and innovation in the broader cannabis product landscape,” said John Kagia, New Frontier’s chief knowledge officer. “The illicit market doesn’t have the resources or the skills to innovate the way the legal market can.”

Keef Brands is the OG of cannabis beverages. The company started selling 100-milligram THC colas to medical consumers in Boulder, Colo., in 2010. And the company’s product line has evolved over time. In 2014, it introduced a line of 10-milligram drinks aimed at the more casual cannabis consumer.

Keef drinks are now sold in seven states and Puerto Rico, with expansions into Maine, Missouri and Ohio earlier this year. In Colorado and California, the company’s most mature markets, there’s roughly a 50-50 split between sales of low- and high-potency products, according to Keef Brands CEO Travis Tharp.

“One of our biggest things that we always have to combat is the brownie story that everybody seems to have,” Tharp said. “Where people didn’t seem to know how much they took, and then two hours later they took too much and it was a horrible experience.”

Many cannabis beverage proselytizers point to an unlikely nemesis in convincing consumers to try their products: budtenders. The main reason is that dispensary workers are often heavy cannabis consumers devoted to smokable products.

Cann’s Anderson said the company encounters this problem repeatedly when it conducts “secret shopper” tests. Even when the customer says they’re a casual consumer worried about getting too stoned, budtenders still recommend high-potency products nine times out of 10.

But Pedro Fonseca, director of retail for legendary California dispensary chain Harborside, which has four stores in the state, said drinks have become an important part of the product mix, making up about 3.5 to 4 percent of sales in any given month. Lower potency products, in particular, have made inroads with Harborside’s customers in recent years.

“You can bring it to a barbecue and not have to get stoned off your rocker,” Fonseca said. “The stigma doesn’t always come with it like it would if you’re just rolling a blunt and smoking it.”

Producing and distributing beverages is already an expensive endeavor compared to other cannabis products. Complicating matters further, the inability to take marijuana products across state lines means companies have to duplicate their manufacturing infrastructure in each state.

“We’ll never be able to compete milligram for milligram against products like gummy bears,” said Matthew Hawes, founder of Novel Beverage, which has a production facility in Maine and plans to open another one in Massachusetts. “Commercial bottling is really a business that requires scale.”

Anderson, the Cann CEO, is a recent convert to cannabis beverages, who says his breakthrough moment came when he was struggling with his identity as a queer person.

After another night of heavy drinking, he was flattened by a two-day hangover and realized he needed to bring his alcohol consumption under control.

“I cannot have this happen and get in the way of being a productive human,” Anderson recalled thinking of his 30-year-old self.

Soon after, he began working with a close friend to develop the low-THC seltzer products that kicked off Cann. They’re now available in five states with big expansion plans.

“It’s going to be just like gay marriage,” said Anderson, of the growing acceptance of cannabis beverages. “It’s just going to take time for people to just come over the hump on it.”