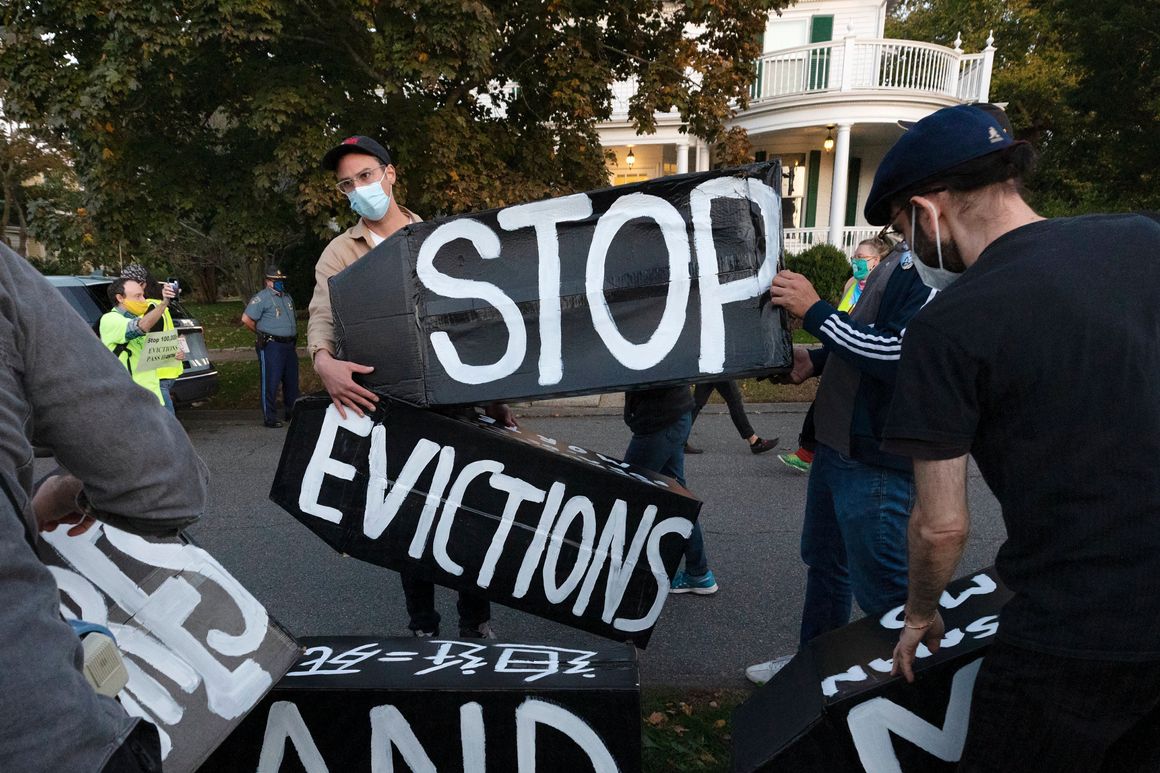 Affordable housing groups are blasting state and local officials with accusations of negligence and racism over the sluggish delivery of rental assistance, warning that persistent red tape and bad targeting have had an outsized impact on low-income Americans.

The outcry from regional housing organizations against their local leaders in places like Louisiana, Georgia and New York is poised to become even more heated after the Supreme Court on Thursday night blocked the nationwide eviction moratorium. The decision exposed millions of renters to the threat of homelessness during a surge in Covid-19 cases.

Housing groups say officials have brushed off their calls to re-focus on the needs of the hardest–hit Americans and to streamline the application process for tapping into $46.5 billion in rental assistance approved by Congress since December. With many officials concerned about fraud and struggling to get the word out about the aid, the vast majority of the money has yet to reach tenants and their landlords — only 10 percent of the funds had been distributed as of the end of July.

“Nobody is this incompetent. Nobody,” said Andreanecia Morris, executive director of the affordable housing group HousingNOLA in Louisiana. “At the end of the day, this is systemic bias — this is anti-Black racism, anti-renter bias, anti-poor people bias. … There isn’t any other explanation for this level of ineptitude.”

The fight over renter protections is now largely a state and local problem after Thursday’s Supreme Court decision to halt the federal eviction ban. It’s unlikely that Democrats in Congress will be able to muster the votes to craft their own eviction moratorium, and the Biden administration is turning its attention to putting pressure on governors and mayors to shield renters and landlords. State and local agencies that have been slow in distributing the money now face the prospect of the federal government clawing back unused funds at the end of September, potentially exacerbating the situation.

In response to the growing backlash, local officials have put some of the blame on the federal government for not making it clearer that they could relax application requirements. They say it’s been a huge struggle to set up aid distribution programs from scratch. They dismiss allegations that the bottlenecks are a result of anti-poor bias.

“The state housing agencies exist to provide housing stability to low-income people,” said Stockton Williams, executive director of the National Council of State Housing Agencies. “To the extent that some programs had rules in place that’s made it a challenge, it’s because program administrators wanted to make sure they followed the rules.”

The Treasury Department, which is responsible for overseeing the aid, intervened this week to tell local officials that they could significantly relax requirements by relying on self-attestations from applicants about their income and financial hardship, rather than having to verify support documents.

Williams said the guidance was a “game-changer” after state housing officials urged the Treasury for months to clarify the extent to which they would need to substantiate information provided by aid applicants.

Fraud “is a real risk, and it’s a balancing act,” he said.

A little more than 8 million people reported they were not caught up on rent in the most recent U.S. Census Bureau survey, conducted from Aug. 4 to Aug. 16. Of those, about 3.5 million tenants said they were “very likely” or “somewhat likely” to face eviction in the next two months.

Just six states and the District of Columbia currently have their own eviction bans in place, while another 10 states have enacted some form of tenant protections as they distribute aid. In states without protections, courts are likely to be flooded with eviction filings in the coming weeks.

In Georgia, the website to apply for the state’s aid program asks tenants to provide income documents for every adult in a household, a past-due rent notice or utility bill as well as documents showing a loss of income or an attestation that they’re eligible for unemployment benefits.

The state also asks for a paper trail of rental payments, which is problematic for low-income tenants who pay in cash, said Bambie Hayes-Brown, president and CEO of Georgia Advancing Communities Together Inc. She also said renters frequently don’t have copies of their current leases.

“I think it comes from a blanket distrust of poor people, to be brutally honest,” said Hayes-Brown.

As of July 31, Georgia had only distributed about 3.6 percent of its $552.3 million allocation from the initial tranche of federal rental assistance funds, according to the Treasury Department. More than 216,000 Georgia tenants reported they were behind on rent in the latest Census survey, and over 76,000 of those said they were “very likely” or “somewhat likely” to face eviction in the next two months.

Kaley Volkmann, a spokesperson for the Georgia Department of Community Affairs, said the state’s rental assistance program did not include documentation requirements beyond what the federal government mandated.

Volkmann said the agency’s goal was to provide every Georgia resident the opportunity to access safe and affordable housing “no matter their community or income.”

Morris argues that the state’s aid applications are too complex and lack options for non-English speakers.

Louisiana officials acknowledged concerns about the timeliness of aid distribution. The state has approved more than $27 million — roughly 11 percent of its $249 million allocation — for tenants and landlords and committed about $86 million to local governments, according to the office of Louisiana Gov. John Bel Edwards, a Democrat. More than 108,000 of the 174,000 Louisianans who reported they were behind on rent at the start of the month said they would likely face eviction in the next two months, according to the Census Bureau.

The majority of Louisiana’s funding has gone to households earning less than 30 percent of the average median income and applicants who have self-reported as Black, said Edwards spokesperson Shauna Sanford, who dismissed allegations of bias.

“While we have significantly increased the pace since the start of the program, we know that there is more to do,” Sanford said.

Similar concerns have emerged in New York, which has been one of the most prominent laggards in distributing rental aid. New York had distributed about 0.3 percent of its initial $801 million allocation as of the end of July, the Treasury said this week. More than 628,000 tenants in the state said they were behind on rent at the beginning of August, with more than 194,000 saying they would likely face eviction in the next two months.

A dozen housing groups earlier this month told then-Gov. Andrew Cuomo in a letter that it was a “moral and public health imperative” for the state to improve its application portal and outreach efforts. They warned that the document upload function on the application site was frequently down, preventing individuals from supplying documents needed to complete requests for aid.

“There’s such a focus on fraud prevention, and these are emergency funds, and I don’t think the state government really got that,” said Rachel Fee, executive director of the New York Housing Conference, which signed the letter to Cuomo.

The groups have argued that it is especially urgent for New York to accelerate the release of funds because they could be clawed back by Washington after September. The Treasury can reallocate funds from states and localities that have distributed less than 65 percent of the aid they were granted by Sept. 30.

Michael Hein, commissioner of the New York department handling the aid, told lawmakers at an Aug. 19 hearing that the state has met the threshold, when taking into account money that has been provisionally approved for households.

New York State Comptroller Thomas DiNapoli said in a statement that the state “can and must do a better job getting this aid into the hands of New Yorkers that could face evictions.”