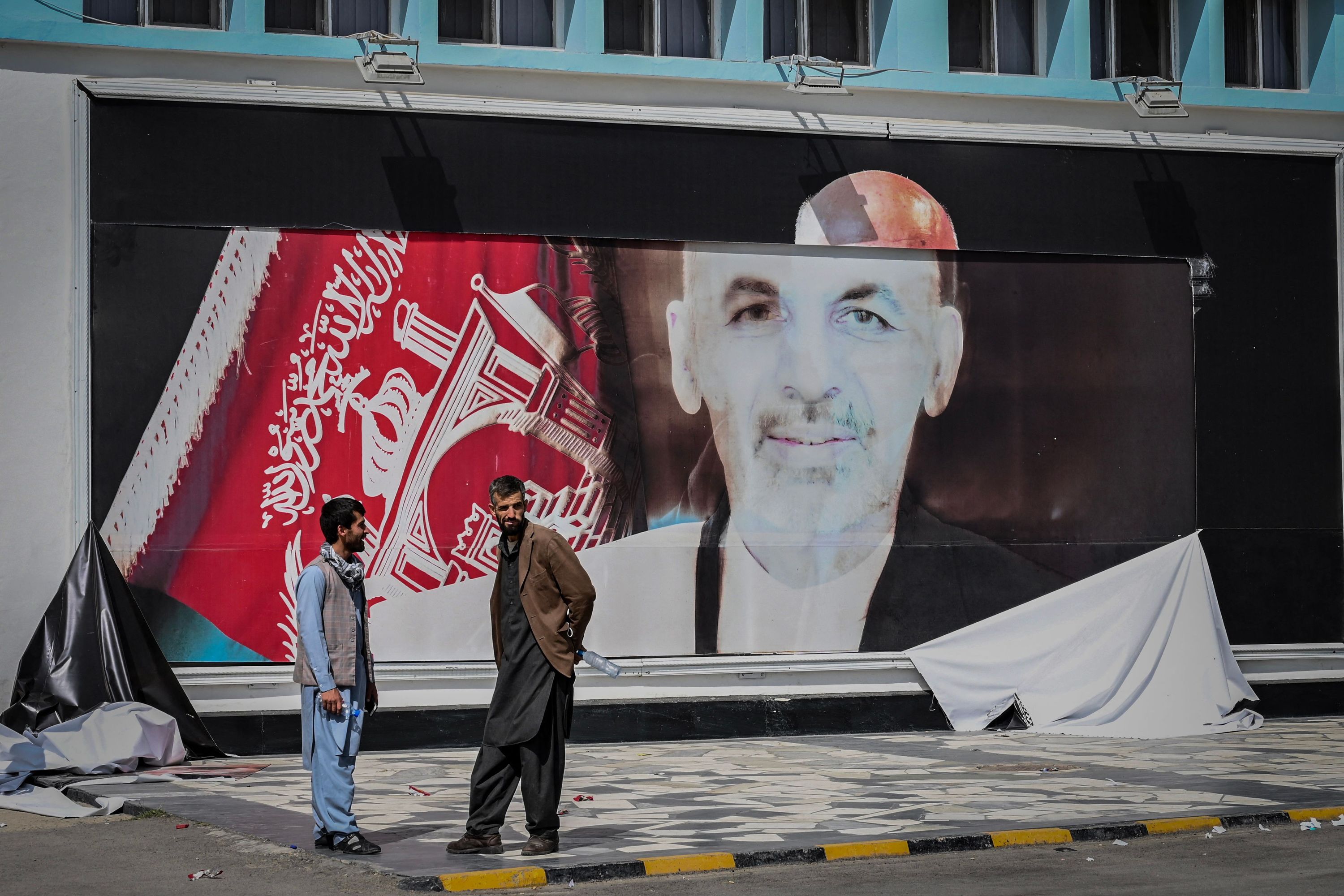 With the rapid collapse of the U.S.-supported government in Afghanistan, many questions need to be answered. A key one is why U.S. officials kept calling for the rise of Afghan leaders that they knew did not exist.

As Afghanistan’s rural districts, and then its cities, fell in quick succession to the Taliban, official U.S. talking points settled on a common refrain: Afghanistan’s security forces had all the people and equipment they needed to battle the Taliban, and all that was missing was leadership. President Joe Biden has been saying this since mid-July. Just last week, he reiterated:

“Look, we spent over a trillion dollars over 20 years. We trained and equipped with modern equipment over 300,000 Afghan forces. And Afghan leaders have to come together. … They’ve got to fight for themselves, fight for their nation.”

Following the lead of the commander-in-chief, the Department of Defense adopted the same line of reasoning. In Pentagon spokesman John Kirby’s eight press conferences between July 12 and August 13, he used the word “leadership” in this context 40 times. During that same time frame, the number of Taliban-controlled districts increased from 216 to 265, and the group captured 25 of Afghanistan’s 34 provincial capitals – many of them with barely a fight.

On Friday, August 13, the day the major cities of Herat and Kandahar fell to the Taliban, Kirby said of Afghanistan’s security forces:

“They have modern equipment. They have organizational structure. They have the benefit of the training that we have provided them over 20 years. They have the material, the physical, the tangible advantages; it’s time now to use those advantages … as I’ve said from the beginning, we want to see the will and the political leadership, the military leadership that’s required in the field.”

The following day, the United States began evacuating its embassy in Kabul in preparation for the fall of the country’s last and most important city.

So where was the Afghan leadership that U.S. officials kept saying was the key to stemming the Taliban’s advance? The answer is that it didn’t exist. For years, commanders of the Afghan National Army and National Police — the elements most critical to securing the country — failed to lead, often stealing the salaries and fuel that their forces needed to be effective, and more recently failing to even provide their forces with edible food.

What’s more, the United States government has known — and publicly stated—this fact for years. In an official 2008 assessment of the war, the Pentagon stated that Afghanistan’s government “is hampered by … a lack of sufficient leadership and human capital.” Fast forward to 2020, when the DOD’s most recent assessment acknowledged that “improving the quality of leadership at all echelons remains the most challenging issue” for the country’s security forces.

If DOD knew in 2008 that Afghanistan had weak leadership, why was this still the most critical problem 12 years later? Why didn’t we produce the leaders to effectively use the forces and equipment that Afghanistan had so much of? The answer lies in the way DOD thinks about developing leadership in foreign forces, which has two flaws. First, the U.S. military tends to view leadership as a capability, akin to intelligence or command and control, as opposed to an intangible human quality. Second, the U.S. military sees leadership as something to be personally cultivated in individual members of a partner nation’s military, as opposed to something that can be produced at scale by building institutions. Had the United States taken an approach to leader development that didn’t have these problems, it would not have found itself calling at the 11th hour for Afghan leadership that did not exist.

In 2016, I led an independent assessment of Afghanistan’s security forces for the Pentagon that highlighted the first problem. One of the primary questions we addressed was: What were the remaining capability gaps of the country’s army and police? We found that when American officials in Kabul were asked that question, almost to a tee, their answer was “leadership.” But officially, poor leadership is not a “capability gap.” DOD draws a distinction between military capabilities — like education, force protection and training — and intangible qualities like leadership, that are specific to individuals.

The second problem — the inability to produce leadership systematically and at scale — was recently highlighted by political scientist Rachel Tecott in the Washington Post. As she described, the U.S. military’s preferred approach to advising foreign militaries centers on rapport, coaching and mentorship. While this focus on developing specific people has produced some impressive individual leaders — such as General Sami Sadat, whom former Afghan President Ashraf Ghani put in charge of the defense of Kabul before fleeing the country — it failed to reliably produce the quantity of high-quality leaders that the Afghan army and police needed to defend the country.

To do that, the United States and its partners would have had to recognize that the absence of leadership in the Afghan security forces was a symptom. The root cause was the lack of sufficient and effective institutions, especially those required for education, training, and the recruitment and management of human capital. Had we invested in these institutions, the army and police would have had the ability to accrue, develop, and retain good leaders. Unfortunately, as DOD’s own budgeting documents and internal assessments of the war revealed, efforts to develop these institutions were under-prioritized and under-resourced relative to investments in tangible items like helicopters and armored vehicles.

Where did that leave us during the Taliban’s offensive? With Afghan army and police forces that had a handful of good leaders but far, far fewer than they needed. While U.S. officials kept touting the capabilities of these forces and calling for them to exert some leadership, the rub is that this wasn’t going to happen. The hoped-for legion of leaders never materialized because America’s fixation on tangible capabilities and individual mentorship meant it never built the institutions to produce it. When the United States conducts its post-mortem analyses of what led to this moment in Afghanistan, two key issues it will need to address are why it never built the cadre of leaders it spent the past month asking to stand up and fight — and why U.S. officials nonetheless believed it had, right up until the very end.