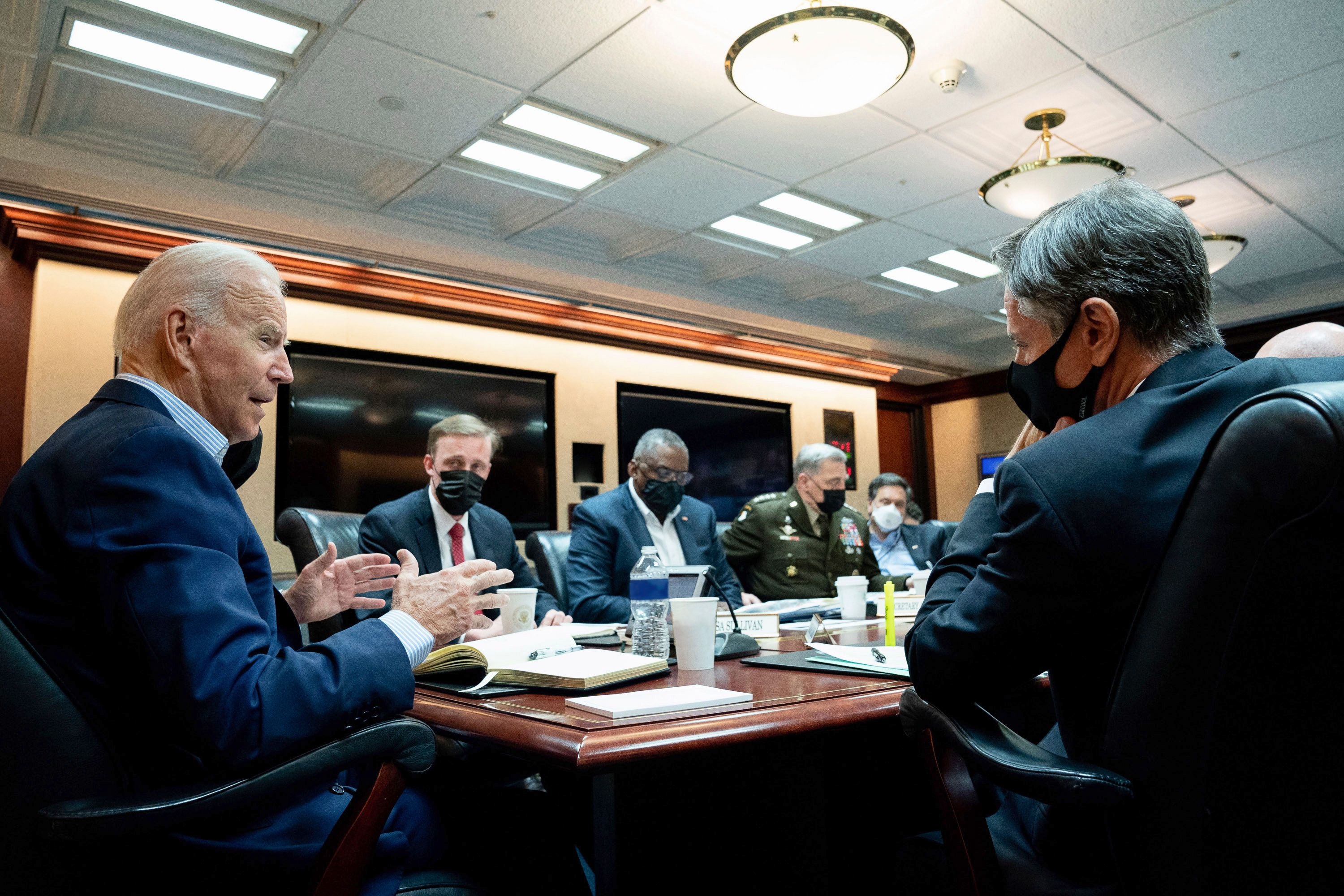 President Joe Biden’s critics seem to smell blood in the water over the catastrophic situation in Afghanistan. Donald Trump wants Biden to resign over the issue; Florida Sen. Rick Scott has suggested Biden’s removal via the 25th amendment. It’s not just Republicans: a fair number of prominent Democrats are worried that the Taliban takeover is the kind of overseas disaster that will hurt their party in upcoming elections.

How worried should Biden be?

Not very. The situation on the ground in Afghanistan is a humanitarian crisis and, in some corners, a strategic embarrassment. But politically, for a number of reasons, it’s not likely to substantially harm Biden or other Democrats at the ballot booth.

For one thing, it’s rare that voters hold a president accountable for a foreign policy decision. It’s more than a truism that the economy drives elections: It’s a long-held finding in political science. Voters reward the party in power when the economy is growing and punish it during recessions.

This isn’t to say foreign policy doesn’t matter at all. Political scientist Doug Hibbs’ “bread and peace” model shows that unusually bloody foreign engagements could hurt the president’s party. Harry Truman and Lyndon Johnson probably could have won reelection instead of resigning in 1952 and 1968, respectively, if not for unpopular and bloody troop deployments in Korea and Vietnam. The Iraq war didn’t stop George W. Bush from winning a second term, though it undoubtedly hurt his later polling numbers. But beyond such extreme cases, it’s difficult to find much influence of foreign policy in elections.

The case of the Vietnam War is similarly instructive. Presidents Kennedy, Johnson, and Nixon substantially escalated the troop presence there to avoid being seen as the one who “lost” southeast Asia. Yet when Saigon finally fell, it had little impact on the incumbent, President Ford, and the war was and remains largely perceived as a massive policy failure belonging to both parties. Similarly, when 241 U.S. Marines were killed in a barracks bombing in Beirut in 1983, President Reagan withdrew the military mission there. He took some heat for it initially, and went on to win reelection in a landslide a year later.

If Biden had gotten the withdrawal exactly right, it wouldn’t have helped him much. President Bush got a modest bounce from Saddam Hussein’s capture, and President Obama got one from the killing of Osama bin Laden, but those had evaporated long before their next elections (both of which were much shorter intervals than remains until Biden’s reelection bid). The first President Bush was wildly popular after the Gulf War, but that was hardly enough to save his presidency when the economy turned sour.

There’s something undoubtedly perverse about all this. Presidents and their aides can make catastrophic errors overseas and rarely pay much of a price for them. They can also do something very right—end a war, prevent a famine, etc.—and not get much credit for it. There are a number of areas within American politics where accountability is built into the system and incumbents are incentivized to perform well. Foreign policy, except in very dire circumstances, is generally not one of those.

But what about partisan flamethrowing? If anything characterizes modern politics, is the savvy use of even minor issues to tarnish incumbents.

Again, though, when it comes to Afghanistan, this isn’t likely to hurt Biden. This is simply not a topic that lends itself well to a partisan framework, in large part because the war has been bipartisan from its inception. The response to the 9/11 attacks—the original trigger for the U.S. to take out the Taliban—was probably the most bipartisan moment in American politics in the last three decades. The Authorization for the Use of Military Force (AUMF), passed just days after the 9/11 attacks, encountered only one no vote—that of Democratic Rep. Barbara Lee of California. While its application to Iraq in 2003 would have a more partisan response, officeholders of both parties were in broad support of invading Afghanistan and have largely remained so.

To the extent there’s been opposition to the occupation in recent years, that has largely come from the relative extremes of both parties— progressives on the left and isolationists on the right. Former President Donald Trump’s commitment to “getting out of these ridiculous endless wars” saw overlap with Sen. Bernie Sanders’ desire to end the “forever war” in Afghanistan and Sen. Elizabeth Warren’s urging for a withdrawal and a peace deal with the Taliban.

In terms of public opinion, while large majorities of both parties were broadly supportive of the invasion early on, divisions have grown over time. The most recent surveys saw 56 percent of Democrats and 29 percent of Republicans viewing the occupation as a mistake. But perhaps more importantly, this Gallup report found that Americans were mostly disinterested in military issues, were not paying attention to Afghanistan and would be fine with a military withdrawal.

The Republican Party has been attempting some swift partisan messaging on the issue recently. Just months ago, when Biden seemed to be wavering on Trump’s military withdrawal timeline, conservative voices hammered Biden for apparently wanting war to continue. The RNC had a page on its website praising Trump’s plans for Afghanistan withdrawal just up until last week, but they’ve now pivoted to attacking Biden for following that same plan. Until very recently, Trump was criticizing Biden for not withdrawing fast enough.

Now none of this means that this can’t become a partisan issue. One of the things that helped President Ford when Saigon fell was that the country just wasn’t very partisan at the time and there wasn’t clear messaging from Democratic leaders blaming him. That’s obviously different today.

But for all the horrors happening in Afghanistan today, it just won’t remain on the front pages for very long, and it’s unlikely to be central to elections next year, never mind three years from now.