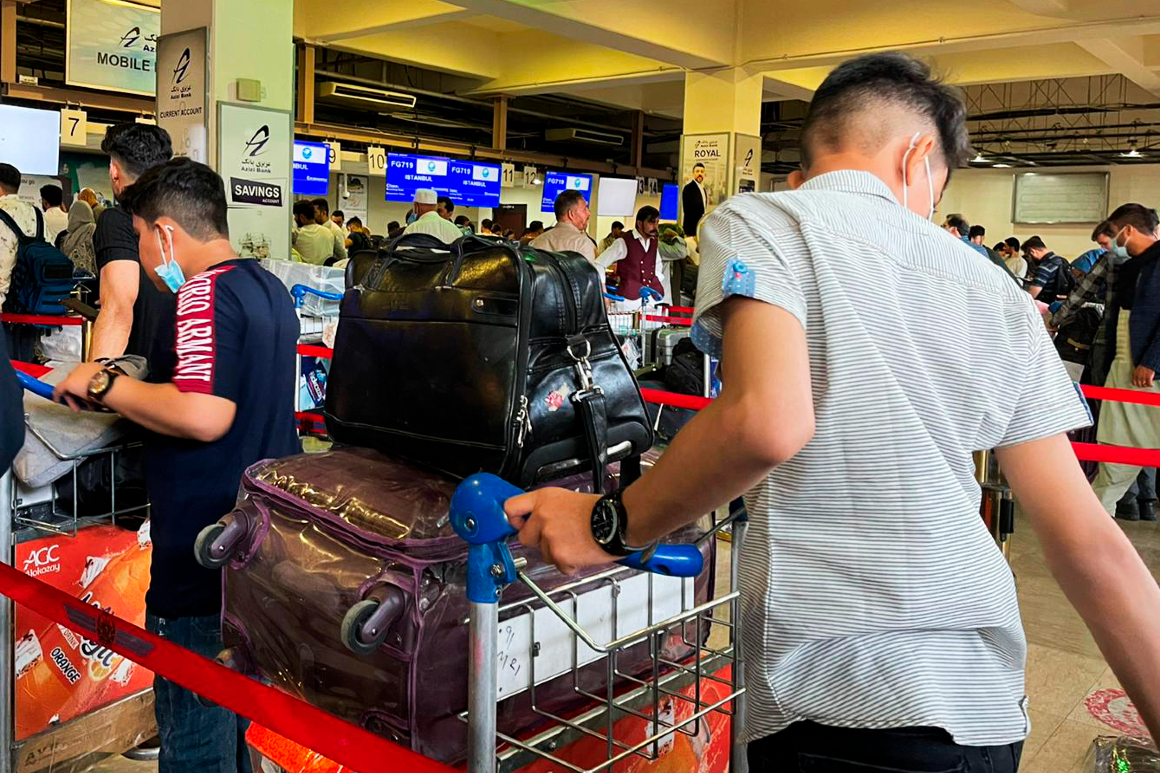 Top Pentagon officials denied on Wednesday that the United States was solely dependent on the “goodwill” of the Taliban as the U.S. military forged ahead with its urgent mission to evacuate Americans and Afghan allies from the international airport in Kabul.

Defense Secretary Lloyd Austin told reporters that the military is working on ensuring that people are able to traverse the path to the airport safely, but noted that the focus remains on ensuring the security of the Hamid Karzai International Airport.

“I certainly don’t want to do anything to make the airfield less safe, and we won’t do that,” he said.

Gen. Mark Milley, the nation’s top military officer, said forces on the ground “have capability to do other things, if necessary,” though he noted that doing so would be a “policy decision.”

Austin also cautioned that capacity is limited and would not allow the military to “go out and collect up large numbers of people.”

“We’re going to evacuate everybody we can physically possibly evacuate,” Austin said, and the pair noted that the operation stands to be the second-largest noncombatant evacuation operation in U.S. history.

Still, Defense Department press secretary John Kirby was largely unable earlier in the day to assuage concerns about reports of Taliban fighters preventing access to the airport and myriad threats posed to potential evacuees — despite an agreement the Biden administration said it brokered with the militant group to allow civilians safe passage to U.S. flights.

“I’m not going to walk you away from the idea that that’s not important. Of course it’s important,” Kirby told reporters Wednesday, referring to the safe passage agreement. “But to say that the evacuation all hinges on [the] goodwill of the Taliban I think is to overstate all the efforts that have to go into this.”

Kirby also acknowledged the Pentagon was abreast of the reports on airport access, which has been complicated by a Taliban-imposed curfew in Kabul and checkpoints erected across the capital city, as well as confusing documentation requirements.

“This is one of the reasons why communication with the Taliban is so important. And what I can tell you is we’re not unaware that there has been issues out in town and harassment of individuals,” Kirby said. But he did not describe any specific plans by the U.S. military to help potential evacuees reach the airport safely.

Kirby said the Pentagon was aware that shots were fired overnight by U.S. troops on the perimeter of the airport near the facility’s gates — with at least some of the rounds intended as nonlethal “crowd control measures” — but that there had been no hostile engagements between U.S. troops and the Taliban at the airport thus far. Austin likewise said that there had not been any “hostile interactions” as of yet.

National security adviser Jake Sullivan said Tuesday that U.S. officials believed the safe passage agreement with the Taliban could last until Aug. 31, President Joe Biden’s self-imposed deadline for the U.S. military withdrawal from Afghanistan. But Sullivan did not say whether evacuations would continue beyond the end of the month.

Kirby, too, declined to answer whether the evacuation mission would blow past the Aug. 31 end date, which a bipartisan group of 40 House lawmakers urged Biden to disregard Tuesday as the administration seeks to ramp up U.S. military flights out of Afghanistan.

“The mandate by the president is to complete this mission by the 31st of August, and that’s the target we’re shooting for,” Kirby said. “I won’t speculate about any possible different decisions going forward. That would have to be a decision made by the commander in chief.”

Kirby was similarly vague when it came to discussions with the Taliban about possibly lifting the curfew in Kabul. He said there is “constant communication with Taliban commanders outside the [air]field with respect to helping us with the flow,” and that U.S. officials “are talking to them about the effect that their curfew — and the limits that they’re putting on flow outside the airport — is having on our ability [to] accomplish the mission.”

As for the U.S. military potentially expanding its perimeter around the airport to allow easier access for potential evacuees, Kirby said he was “just not going to talk about potential future operations one way or the other.” And when asked whether the United States would work to ensure the safety of the hundreds of Afghan soldiers assisting American forces in securing the airport, Kirby said: “I don’t know. I couldn’t know that.”

The remarks from the Pentagon spokesperson came after 24 hours that saw the U.S. troop presence at the Hamid Karzai International Airport swell to roughly 4,500, with “a few hundred more” possibly arriving Wednesday, Kirby said. Biden has deployed up to 7,000 U.S. troops to Kabul in total.

During that same 24-hour period, 18 American C-17 transport planes departed from the airport carrying 2,000 passengers. Of that total, 325 were American citizens and the remainder consisted of Afghans and some NATO personnel. The number of incoming and outgoing U.S. aircraft is expected to remain relatively the same over the next 24 hours, Kirby said.

Milley acknowledged that the evacuation effort was complicated by the unexpected swiftness of the collapse of the Afghan security forces.

“There was nothing that I, or anyone else saw, that indicated a collapse of this army and this government in 11 days,” he said. “This comes down to an issue of leadership.

On Tuesday, Army Maj. Gen. William Taylor previewed that “the speed of evacuation will pick up,” with the U.S. military anticipating roughly “one aircraft per hour in and out” of the airport in Kabul. He predicted the Pentagon’s “best effort could look like 5,000 to 9,000 passengers departing per day.”

But Kirby appeared to temper those expectations Wednesday. He said the 5,000-9,000 figure “is not a goal,” but is “the max capacity that we think we’ll be able to reach when we’re at full throttle.” He later added: “It’s a capacity goal. We want to be able to have the capacity to flow that many out per day. … We believe that the capacity goals will get higher.”

Kirby also detailed an apparently new aspect of the U.S. military presence in Kabul, announcing that the Pentagon would be deploying “evacuation control teams” from the U.S. Marine Corps to help review the paperwork of Americans and Afghan allies seeking evacuation. Milley separately stated that a “variety” of U.S. Special Operations forces are now on the ground in Kabul.

Milley also answered questions on the decision earlier this summer to relinquish U.S. control of Bagram Airfield. He said that with the force level dwindling due to the scheduled withdrawal, priority was given to securing the U.S. embassy in Kabul.

“Securing Bagram is a significant level of military effort and forces, and it would also require external support from Afghan security forces,” he said. “If we were to keep both Bagram and the embassy, doing that would be a significant number of military forces that would have exceeded what we had.”