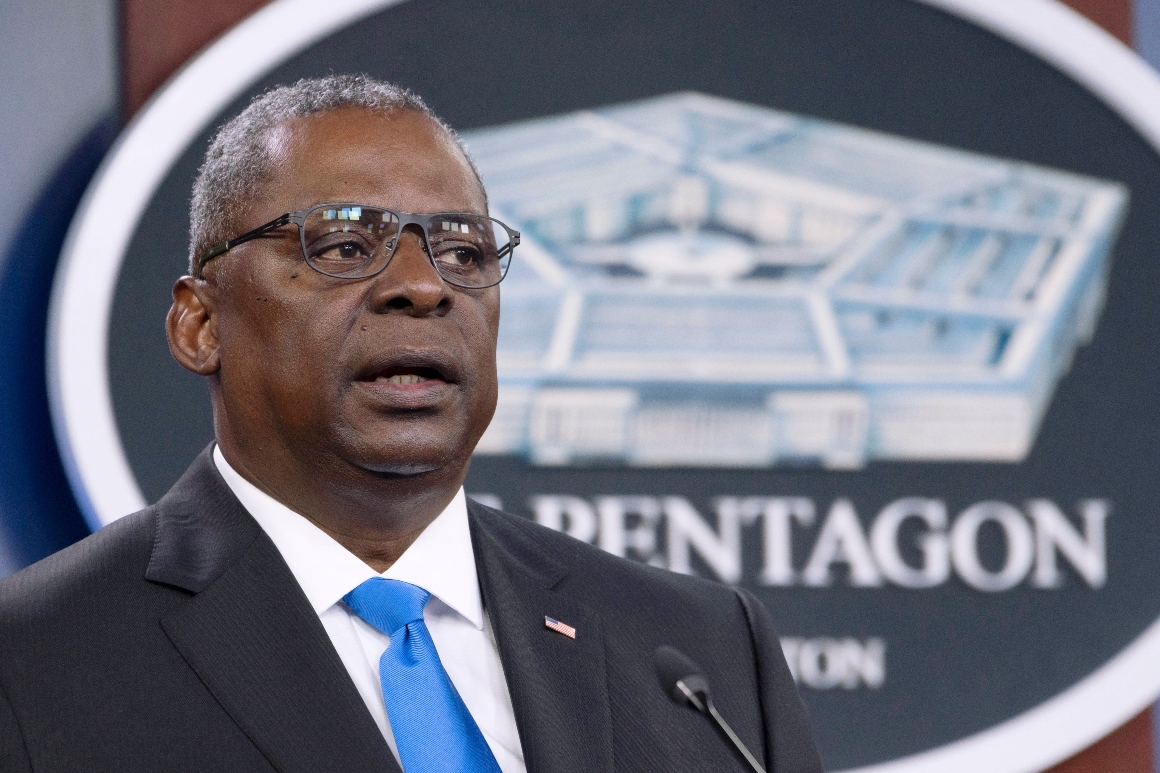 The Pentagon is warning that terrorist networks based in Afghanistan could gain power faster than expected after the Taliban seized control in a stunning guerrilla campaign last week.

Defense Secretary Lloyd Austin made clear to lawmakers over the last 24 hours that he wants to “reassess” the potential for terrorist groups such as al Qaeda and the Islamic State to reconstitute inside Afghanistan in light of the Taliban’s takeover, spokesperson John Kirby told POLITICO Monday.

However, it is too early for the Defense Department “to make a firm judgment either way” about what the terrorist threat will look like in the coming weeks and months, Kirby told reporters earlier in the day.

But top defense officials are already warning that terrorist networks inside Afghanistan could quickly regroup in the wake of Kabul’s collapse on Sunday, according to two people familiar with the discussions.

Gen. Mark Milley, the chairman of the Joint Chiefs of Staff, told senators on a Sunday call that the Pentagon is expected to modify its earlier assessment about the pace of the terrorist threat in Afghanistan, according to a source familiar with the call. The Associated Press first reported the news Sunday.

The warnings come after the Taliban last week seized Bagram air base, the former hub of the U.S. war effort, and reportedly freed 5,000 prisoners housed there that included Taliban, Islamic State and al Qaeda fighters.

Officials have already acknowledged that the drawdown of American military and CIA forces from Afghanistan over the last few months has sharply limited intelligence gathering across the country.

“When the time comes for the U.S. military to withdraw, the U.S. government’s ability to collect and act on threats will diminish. That is simply a fact,” CIA Director William Burns told lawmakers in April.

But while the White House says is taking the warnings seriously, administration officials said they can use the Taliban’s desire for international legitimacy as leverage to ensure they keep terrorist groups in check.

“The Taliban have a certain self-interest in this. They know what happened the last time they harbored a terrorist group that attacked the United States. It’s not in their self-interest to allow a repeat of that,” Secretary of State Antony Blinken said on NBC’s “Meet the Press.”

The Biden administration has said it will not allow terrorists to threaten the United States from Afghanistan, and will hold the Taliban accountable for its actions.

The United States has significantly greater counterterrorism capability in the region now compared to before the September 11 terrorist attacks, said a National Security Council spokesperson, speaking on condition of anonymity to discuss a sensitive topic. The spokesperson noted that the Biden administration is also working to develop a “robust” capability to attack terrorists from outside Afghanistan.

The administration continues to be able to detect possible reemergence of terrorist cells “before they pose a threat to the homeland,” the spokesperson said.

Retired Gen. Joseph Votel, the former head of U.S. Central Command, agreed that the Taliban likely learned some lessons from the days before the September 11 terrorist attacks, when they harbored al Qaeda.

“I think this is a lesson learned from 2001,” Votel told POLITICO. “Allowing [al Qaeda] to do whatever they wanted — including attacking the U.S. homeland — brought a lot of pain onto the [Taliban]. I think it is reasonable to assume that the [Taliban] will try not to repeat that — not in their interest.”

However, one former senior military official said the assessment that the Taliban will keep terrorists in check in order to gain international legitimacy is “more than a bit naive.”

“The Chinese and Russians are already giving the Taliban international legitimacy,” the former official said. “That said, we certainly can threaten the Taliban meaningfully (if we mean it) not to impede the flow of those we have, so far, left behind.”

On Monday, Senate Minority Leader Mitch McConnell also expressed doubt that the U.S. can keep terrorists from reemerging in Afghanistan without American troops on the ground.

“It would be very very difficult to do that from a distance in Afghanistan,” McConnell said. “There were suggestions we’d provide air power, but air power would have to be located six or seven hours away and at this point there isn’t an Afghan army to push back against the Taliban. The Taliban appear to me to be totally in control of the country.”

Lindsey Graham (R-S.C.) went further, saying the administration’s handling of the drawdown has “created the conditions for another 9/11.”

“Without the Taliban, there would have been no 9/11. The Taliban are radical terrorists, they’re Islamic jihadists aligned with al Qaeda — it’s just a matter of time before al Qaeda rises again in Afghanistan,” Graham said. “The threat to the homeland has gone through the roof.”

Despite the Taliban’s pledge in a February 2020 peace agreement with the Trump administration to cut ties with al Qaeda and to ensure Afghanistan does not once again become a haven for terrorists, the group remains “closely aligned” with the terrorist network, a recent United Nations report found.

Al Qaeda is present in at least 15 Afghan provinces, primarily in the east, southern and southeastern regions, according to the June report.

“Al-Qaida maintains contact with the Taliban but has minimized overt communications with Taliban leadership in an effort to “lay low” and not jeopardize the Taliban’s diplomatic position vis-à-vis the Doha agreement,” according to the report.