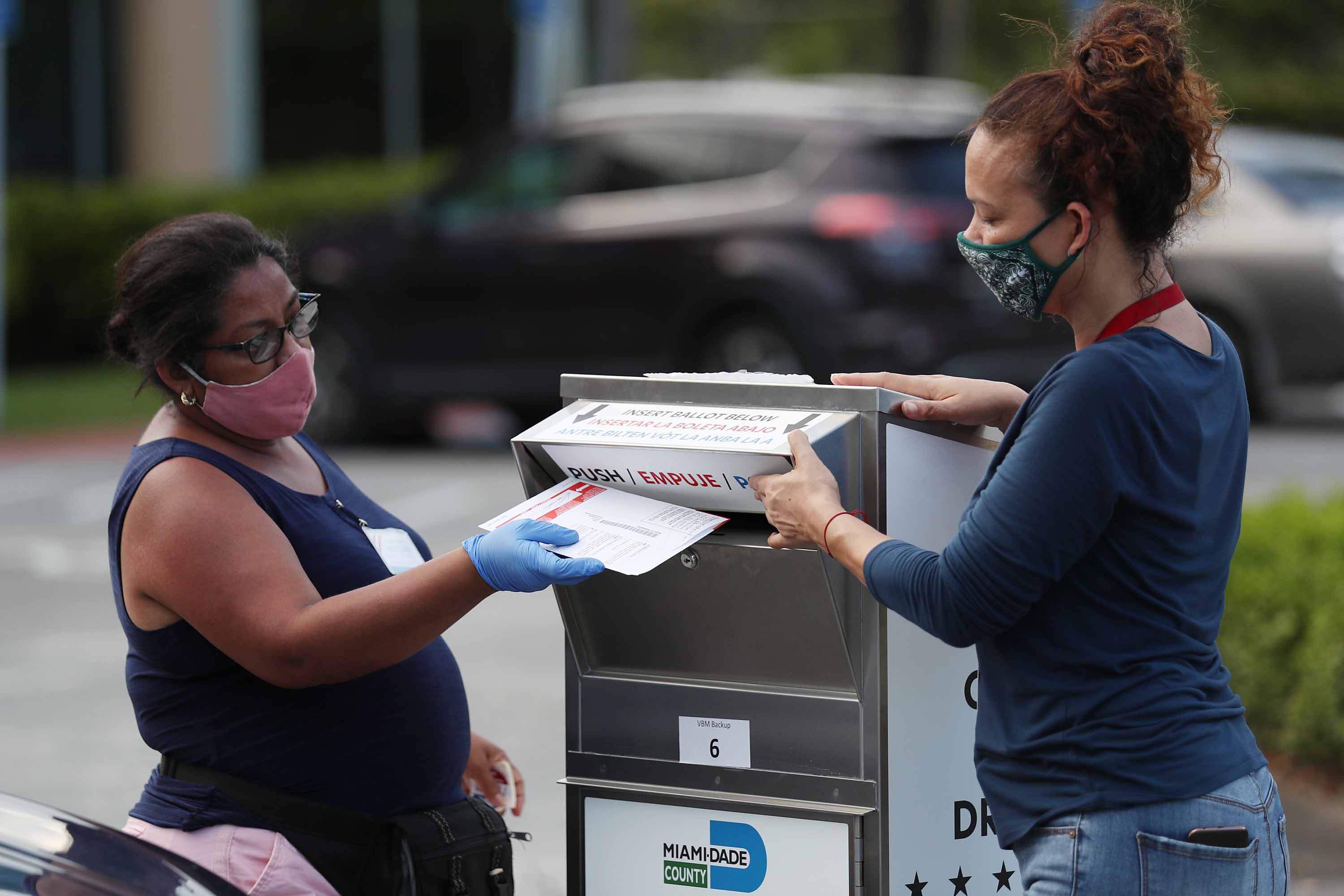 TALLAHASSEE — To understand how Florida’s redistricting process will dramatically reshape the state’s political lines and congressional map, look at Democratic Rep. Darren Soto’s district along the fabled I-4 corridor.

Soto’s 9th District, which stretches from Orlando into the communities of Osceola County clustered near Disney World and then along the southern side of Interstate 4, saw the largest amount of growth of any congressional district in the nation between 2010 and 2020, according to a POLITICO analysis. His district now has nearly 1 million residents.

But that rapid, sustained growth means the GOP-controlled Legislature is almost certain to pare it back when it tackles redistricting in the coming months.

And it won’t just be Soto’s district that gets changed. Reps. Charlie Crist and Val Demings, both Democrats, and Republican Matt Gaetz, who remains under federal investigation for alleged sex trafficking, could all see alterations through redistricting. Overall, Florida has gained nearly 3 million people since the last redistricting process a decade ago, an expansion that has swelled many of its congressional districts and set the stage for a remaking of its political lines headed into a 2022 election likely to determine control of the U.S. House.

It’s a process that will be controlled by Republicans, who already hold 16 of the state’s 27 congressional districts. The dynamic is fueling concern for Democrats that the new maps will only further banish them in Florida’s political desert.

“When you are in the minority, you are always going to be worried about redistricting and the games the other side will play,” said Christian Ulvert, a Democratic consultant from South Florida.

But sheer population growth — and the addition of a 28th congressional district — make change inevitable.

Based on U.S. Census data, 20 Florida districts have populations hovering around the average of 770,376 people-per-district, and some are drastically over. That includes key seats in Florida’s fast-growing I-4 corridor, a nationally important slice of political real estate that will likely be the home region for the new Florida congressional seat that’s the result of its continued growing population.

Soto has the distinction of representing the nation’s fastest growing congressional district, but said in an interview the Florida Legislature “should follow Fair Districts,” which is a reference to the anti-gerrymandering provisions added to the state’s constitution by voters in 2010.

The approval of the Fair Districts standards led to a lengthy court battle where backers of the amendment sued the Republican-controlled Legislature. The state Supreme Court ultimately adopted a congressional map suggested by the challengers. That ruling followed a legal struggle that revealed legislators were likely improperly influenced by GOP political consultants and operatives despite the standards in the redistricting process.

But the state Supreme Court is much different now. Gov. Ron DeSantis remade it by appointing several conservative-minded justices, leading to fears that this time around the GOP may have an easier time in crafting a map friendly to them. Still, Democrats maintain that they will go to court again to push back against any Republican power grabs.

While each district will not be identical, as a result of Fair Districts, the Republican-controlled Legislature must keep districts as evenly populated as possible, a feat that gets complicated by geography as well as a need to protect minority access districts.

Matthew Isbell, a Democratic data analyst, said that the Hispanic population “has exploded” in central Florida and that Soto’s district is probably on the cusp of becoming a majority Hispanic district. He also said that the whole region has grown so much in the last decade that three congressional districts could be placed in Orange, Seminole and Osceola counties.

“Whoever is drawing this map for Republicans, there’s so many people now in central Florida. Where do they go?” Isbell asked.

He said the challenge for legislators is that if they try to push some voters into surrounding red-leaning districts, they could turn them into swing seats. Isbell said Republican legislators may want to leave the existing Democratic-held central Florida seats intact and instead turn their focus onto other seats — such as Florida’s 13th congressional district.

Now held by Crist, who is challenging DeSantis in 2022, the Pinellas County district does not have enough voters in it now. Expanding it north would likely bring in more Republican voters and it could probably be done in a way that does not violate Fair Districts.

Isbell said that data backs up the prediction that Florida’s new district will be drawn somewhere along the I-4 corridor between Tampa and Orlando.

“That region is going to have another seat,” he said.

Along with Soto’s population gain, the Orlando seat held by Demings, who is vacating her seat to run for U.S. Senate, has 874,000 people, a number far exceeding the allowable number and underscoring the huge population influx in the region since the last population count a decade ago.

Other congressional seats that appear destined to be changed: Florida’s 1st congressional district in the ruby-red Panhandle and now held by Gaetz. Gaetz’s district is now overpopulated, while the one held by Republican Rep. Neal Dunn’s neighboring district does not have enough people in it despite it stretching from Panama City all the way to north Central Florida.

Isbell acknowledged that Gaetz’s district will likely have to “shrink,” and the question is whether Dunn’s district will have to stretch a little further east. Isbell said that part of the issue is that “you will have to take in more territory” with Dunn because of the lack of population in rural counties.

As some of the already released baseline census data is helping flesh out changes to the state’s political lines, questions remain over how the Legislature will move forward with the formal redistricting process.

The House panel will be led by state Rep. Tom Leek (R-Ormond Beach), while the Senate process will be helmed by Estero Republican state Sen. Ray Rodrigues. The full redistricting panels are expected to be announced around Labor Day.

In memos released by both chambers on the same day the block-level data was made public, parts of the redistricting process were outlined, but some questions remain. Public testimony will be collected during the Legislature’s fall interim committee weeks, and both chambers say they are developing a joint redistricting website that will include interactive maps, allow people to view publicly submitted maps and provide access to redistricting resources.

But some election groups are concerned that the timeline delay due to the late release of key census data will give lawmakers cover to draw new maps in relative secrecy. During the last redistricting process, for instance, the redistricting committees held public hearings across the state to solicit input from the public.

Sean Shaw, a former Democratic state representative who now heads up People Over Profits, a dark money group that plans to play a role in this year’s redistricting. He is among the outside groups concerned about Florida’s level of transparency to date.

“There has been no information provided on public input, which is why it’s even more important to educate Floridians because it’s the most important thing we do every 10 years,” he said.

Sean McMinn contributed to this report.