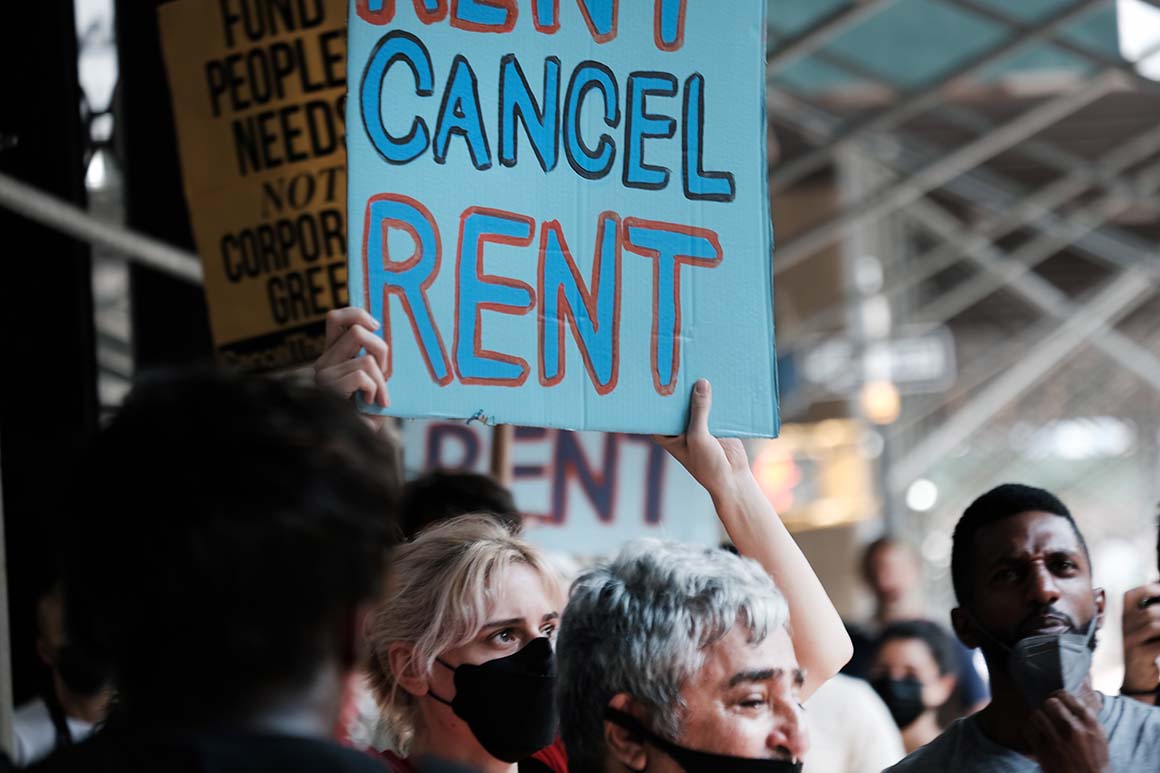 The Treasury Department said Wednesday that state and local governments had disbursed just over 10 percent of federal rental assistance funds as of the end of July, indicating that millions could be at risk of losing their homes once eviction protections end.

The Treasury data showed that bottlenecks continued to plague the $46.5 billion program that Congress first authorized in December to help keep tenants housed and landlords on solid financial footing amid a nationwide eviction moratorium. The latest version of the ban is set to expire Oct. 3 and could be blocked in the coming days as the Supreme Court considers a legal challenge from real estate groups and property owners.

Treasury said that state and local officials distributed less than $1.7 billion of the assistance in July, marking a slight increase over the more than $1.5 billion they got out the door in June.

President Joe Biden this month justified reviving the Centers for Disease Control and Prevention’s eviction moratorium by pointing to the slow pace of aid, after an initial version of the ban expired July 31. The new policy is widely expected to be struck down in court, but Biden said Aug. 3 that “by the time it gets litigated, it will probably give some additional time” to officials working to disburse rental assistance. State and local housing programs had distributed just 6.5 percent of the aid at the end of June.

The Supreme Court could rule on the fate of the ban as early as this week. The court in June signaled that the CDC’s initial moratorium, issued last September, was likely on shaky legal footing.

More than 7.9 million people reported they were not caught up on rent in the most recent Census Bureau survey, conducted in late July and early August. Of those, about 3.6 million tenants said they were “very likely” or “somewhat likely” to face eviction in the next two months.