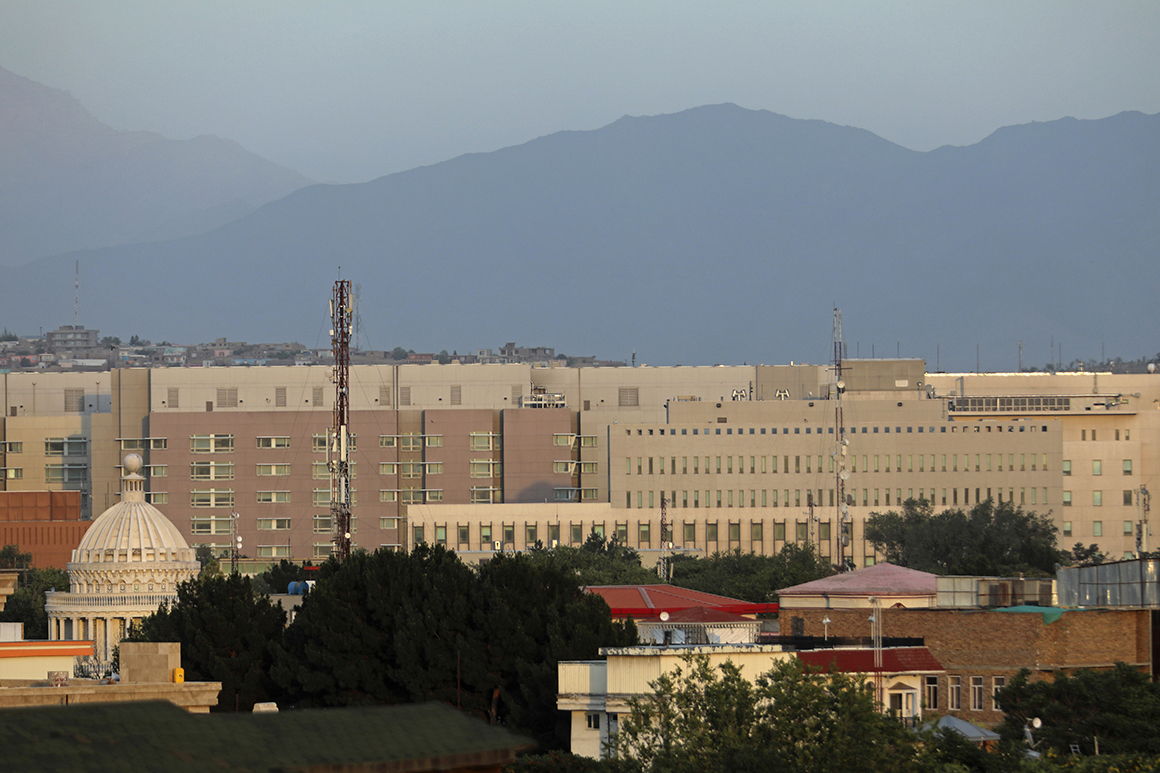 Norway and Denmark rushed to close their embassies in Kabul on Friday as thousands of U.S. and British troops flowed into the city to evacuate their citizens amid a Taliban advance that pushed the front lines closer to the capital.

Over the past 24 hours, the country’s second- and third-largest cities fell to the Taliban, along with Lashkar Gah, the capital of Helmand Province, as entire divisions of the Afghan army melted away or surrendered, leaving thousands of government troops in Kabul increasingly isolated.

The massive offensive has put the government in Kabul on its heels, and the Pentagon has started planning for a full withdrawal of the American mission in Kabul, three people familiar with the preparation told POLITICO, with two saying U.S. Central Command sees a full embassy evacuation as “inevitable.” In a sign of the deep concern permeating Washington, the embassy’s facility manager ordered staff Friday to start destroying documents and equipment.

The list includes classified documents, electronics, and large items that will be crushed with a large roller, according to an internal memo. Also slated for destruction are any documents featuring “American flags…which could be misused in propaganda efforts.”

At the Kabul airport, expected to be a focal point in the coming days, 3,000 U.S. Marines and soldiers began arriving alongside 600 British soldiers to evacuate their diplomats and citizens. They will also attempt to speed up the departure of Afghans applying for visas to flee the country.

The troops don’t have a combat mission, though they’ll be able to defend themselves if attacked as they spirit civilians out of Afghanistan at a rate that could be “thousands per day,” a DoD spokesman said Friday.

The mission they’ve been assigned “is to support the State Department’s reduction in personnel by the end of the month, so that’s what we’re focused on,” said spokesperson John Kirby. “That’s the timeline we’re focused on.”

The Taliban’s overall strategy began to come into focus over the past 24 hours, to capture cities to the south, west, and north of Kabul to rapidly isolate the capital. “You can see that they are trying to isolate Kabul,” Kirby said. “It’s not unlike the way they’ve operated in other places in the country, isolating provincial capitals and sometimes being able to force a surrender without necessarily much bloodshed.”

It was one thing to cede rural areas with little fight, a tactic the Afghan army and police have used for much of the past year as they consolidated around larger cities and towns that were thought to be more defensible. But the speed with which the Taliban overrun government forces in those cities has come as a shock to most. Jonathan Schroden, director of the Countering Threats and Challenges Program at CNA, a research institute, said that “defending cities should have been a strength for them, between being able to dig in and being able to target massed Taliban formations from the air. The will to do so just doesn’t appear to be there.”

The U.S. military is helping shore up defenses around Kabul. Central Command head Gen. Kenneth McKenzie and officers on the ground in Kabul “have been coordinating with leaders in the Government of the Islamic Republic of Afghanistan and in the ANDSF [Afghan defense force] on their defensive plans,” spokesman Capt. Bill Urban said. “Our forward elements have daily interactions and consultations with the ANDSF.”

In the western city of Herat, which fell Friday, reports indicate that the province’s governor, intelligence chief, police chief and a major militia leader who has battled the Taliban, left their posts after promises of protection from the Taliban.

Still, the Pentagon continues insist on offering a dose of cautious optimism. Speaking to reporters Friday at the Pentagon, Kirby said Afghan troops still have the time and resources to “make a difference on the ground.” The U.S. will continue with a small number of airstrikes, but Afghan troops “have the advantage — they have greater numbers, they have an Air Force. They have modern weaponry. Indigenous forces can make the difference on the ground.”

In the end, “I think we underestimated the psychological shock of [President Joe] Biden’s announcement,” on the Afghan army, said Mark Jacobson, an Afghan vet who served in the Defense Department and as a senior NATO official in Afghanistan. “I don’t think Afghans anticipated that Biden would essentially double down on the Trump strategy, which was to simply cut them loose.”

Alex Ward contributed to this report.