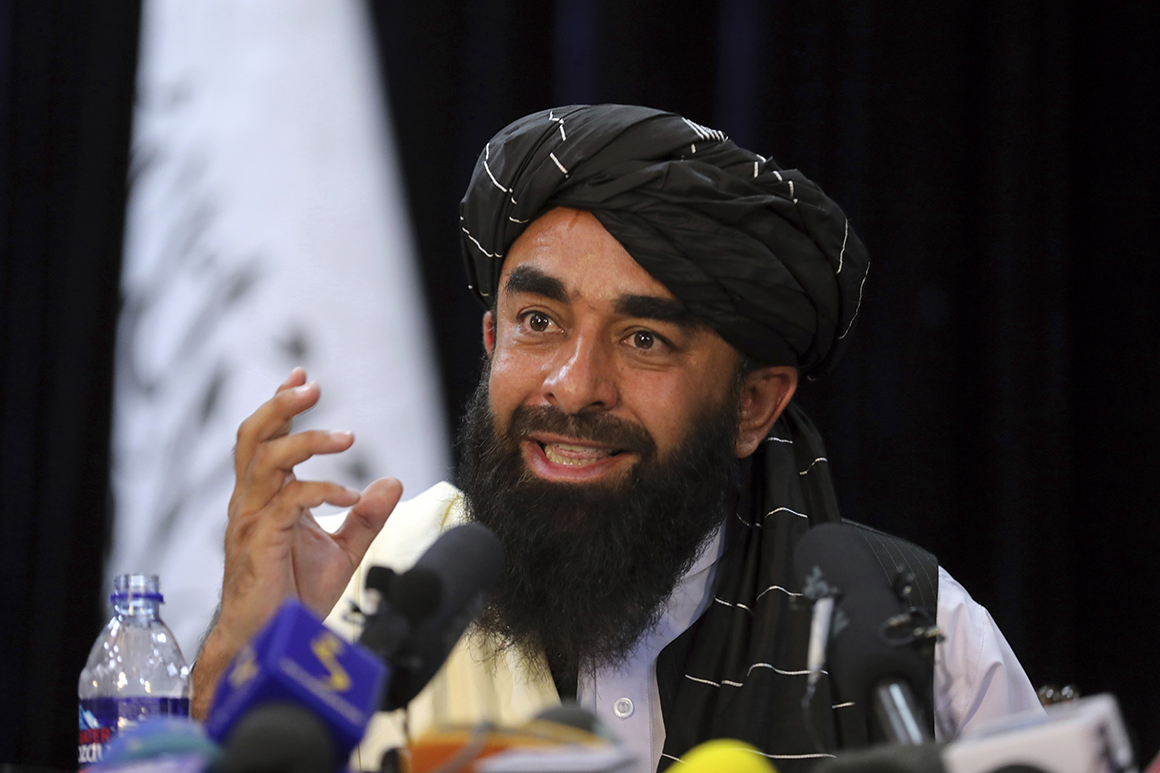 A Taliban spokesperson on Tuesday worked to position the group as the legitimate rulers of Afghanistan, pledging that the Islamic militants would not seek revenge against Afghan civil servants or those who worked with the U.S.

Zabihullah Mujahid, a spokesperson for the Taliban, said that the group would look to establish ties with other countries and announce the formation of a new government in the near future.

“Afghanistan will have an Islamic — and a strong Islamic — government,” Mujahid said, according to a translation of his remarks. “What the name is going to be, what the specifications are going to be, we’re listening to the political leaders. They are now conducting serious consultations in this regard.”

Tuesday’s press conference took place amid global concern that the Taliban might seek retribution against civil servants who worked in the U.S.-backed Afghan government or those who worked with U.S. forces, their allies or Western media and non-governmental organizations. The U.S. military is in the midst of an airlift operation at Kabul’s international airport, evacuating U.S. citizens, foreign nationals and eligible Afghans who worked as translators and in other roles for the U.S. government.

The Taliban has worked to allay concerns regarding retribution and Mujahid said “no one will go after” those who worked with U.S. forces and other allies.

“We have given amnesty to everybody, there is no revenge,” he said.

The Pentagon on Tuesday said the U.S. military is stepping up the pace of evacuations out of Afghanistan in order to expedite the removal of American citizens and Afghan allies who remain in Kabul since the city has come under Taliban control. Thousands of those Afghans and their families have desperately looked to flee the country as the Taliban swiftly overwhelmed the existing government, culminating in tragic scenes at Hamid Karzai International Airport in Kabul on Monday.

Mujahid also said the Taliban wants to unite the country and urged people to stay in Afghanistan.

“We don’t want anybody to be out of the country,” he said. “This is our common homeland. We have got common values, common religion, common nation. We would like to come under the umbrella of these commonalities.”

Mujahid also claimed that Afghan women will continue to have a role in society, a major concern of international observers and non-governmental organizations fearful of deep repression under Taliban rule, while stating it would be “within the framework of Sharia.”

Mujahid’s rhetoric is unlikely to assuage those widespread concerns about the rights of women and girls in Afghanistan, who faced significant and often brutal repression under the Taliban regime that was toppled by a 2001 U.S. invasion.

Mujahid also lashed out at Facebook and others for censoring information coming from the Taliban.

President Joe Biden on Monday stood firm on his decision to withdraw the United States’ military presence from Afghanistan, even in the face of the collapse of the Afghan government and the security forces America invested heavily in.