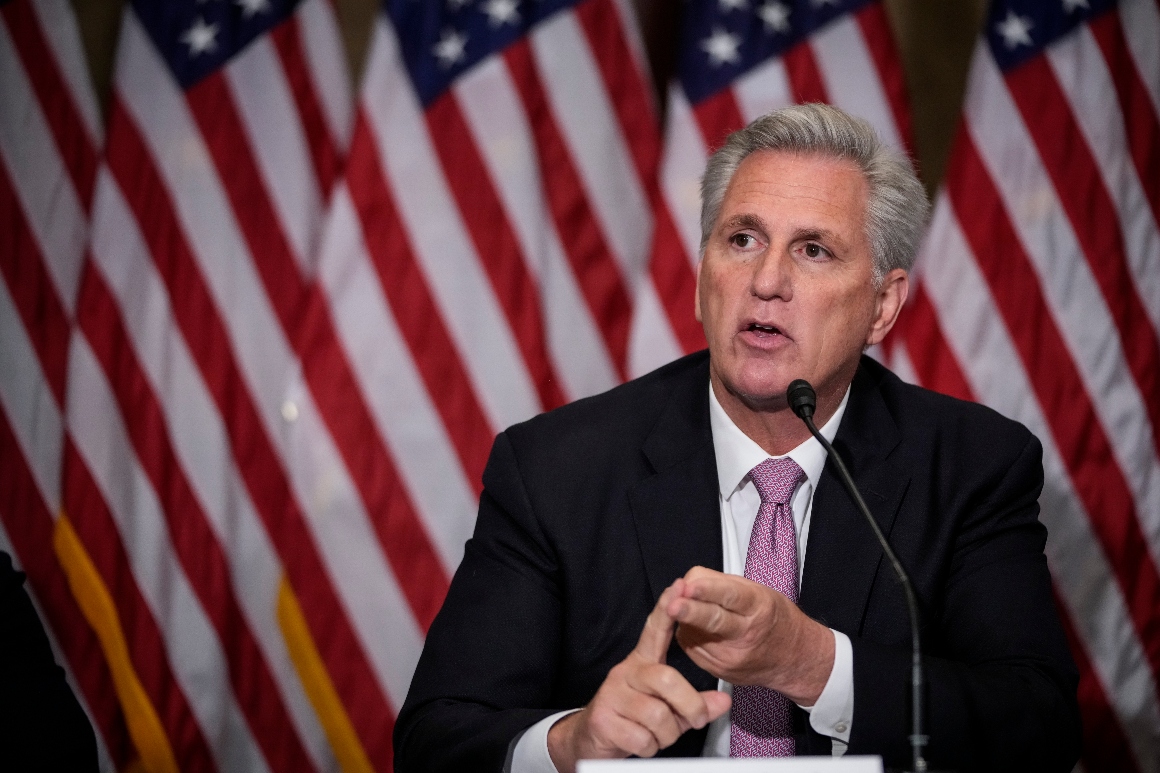 As hard as Kevin McCarthy has hammered the White House over the chaotic and deadly U.S. withdrawal from Afghanistan, he’s under rising pressure from his right to go further.

The House minority leader has repeatedly pushed back on rank-and-file Republicans who want to make a high-stakes call for impeaching Biden over his handling of Afghanistan — a vow that would come due should the GOP take back the chamber next November. But multiple House Republican sources said that even before Tuesday’s fraught end to the U.S. military mission, their offices were being bombarded with calls from base voters for a future Biden impeachment or another more forceful response against the administration.

“It’s a grassroots pressure — we’re feeling it,” said freshman Rep. Barry Moore (R-Ala.), a member of the conservative House Freedom Caucus. “I think even some of the Democrats are feeling it.”

While Republicans would have no path to impeaching Biden while still in the House minority, and any GOP-instigated impeachment trial would go nowhere unless the Senate also changed hands in the midterms, the constituent pressure could persuade more reluctant members of McCarthy’s conference to back an escalation in the party’s messaging against Biden. McCarthy, who endorsed former President Donald Trump’s call to pull troops from Afghanistan, already has promised “a day of reckoning” that includes investigations and hearings on Biden’s handling of the U.S. pullout if Republicans win the majority.

Should the House flip next year, however, McCarthy will then need near-unified support from conservatives in order to secure the speaker’s gavel. And notably, while the California Republican tries to keep his focus on getting Americans out of Afghanistan safely, most of the pro-impeachment energy is coming from his right flank.

Members of the House Freedom Caucus discussed whether to endorse calling for Biden to be impeached during a meeting last week, according to multiple sources with knowledge of the confab. While some were not ready to commit to impeaching Biden, almost all members agreed that “doing nothing is not an option at this point,” according to a Freedom Caucus member at the meeting who talked about it candidly on condition of anonymity.

Freedom Caucus members were “preparing for calling for resignations and or impeachment” last week, this GOP lawmaker said, but were also realistic about the Democratic line of succession. Some Republicans say privately that they have raised the ascension of Vice President Kamala Harris to constituents as a reason why they are not behind impeachment. 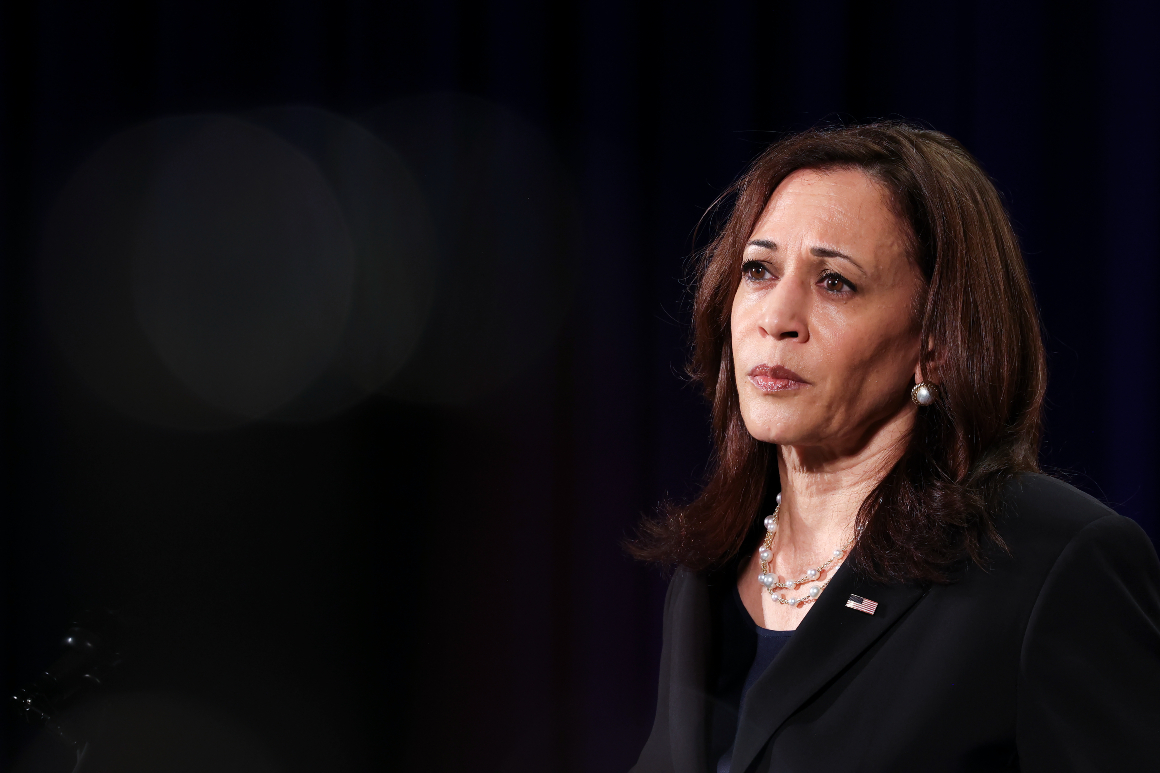 The group is planning a Tuesday press conference to urge Speaker Nancy Pelosi to call Congress back into session early so lawmakers can vote on a GOP resolution backing impeachment of Secretary of State Antony Blinken, as well as GOP resolutions calling for the resignations of Biden, Defense Secretary Lloyd Austin and Gen. Mark Milley, chair of the Joint Chiefs of Staff.

McCarthy already made his own call for Pelosi to bring the House back into session ahead of Tuesday’s U.S. withdrawal from Afghanistan, telling GOP members in a Sunday letter that Republicans would try to force floor action by filing a discharge petition on a bill that he says would “empower our military with the support they need to get Americans home.” The House GOP also plans to use the upcoming debate over the National Defense Authorization Act (NDAA) to spotlight problems with the U.S. pullout.

U.S. officials said Monday night following the military’s withdrawal, scores of Americans remained in Afghanistan who had wanted to leave amid an unstable situation as the Taliban took full control of the country.

Alabama Rep. Mike Rogers, the top Republican on the House Armed Services Committee, said Monday that the party already has 50 NDAA amendments on Afghanistan, aimed at U.S. equipment that may have been left behind and the closure of Bagram airbase ahead of the withdrawal, among other issues. 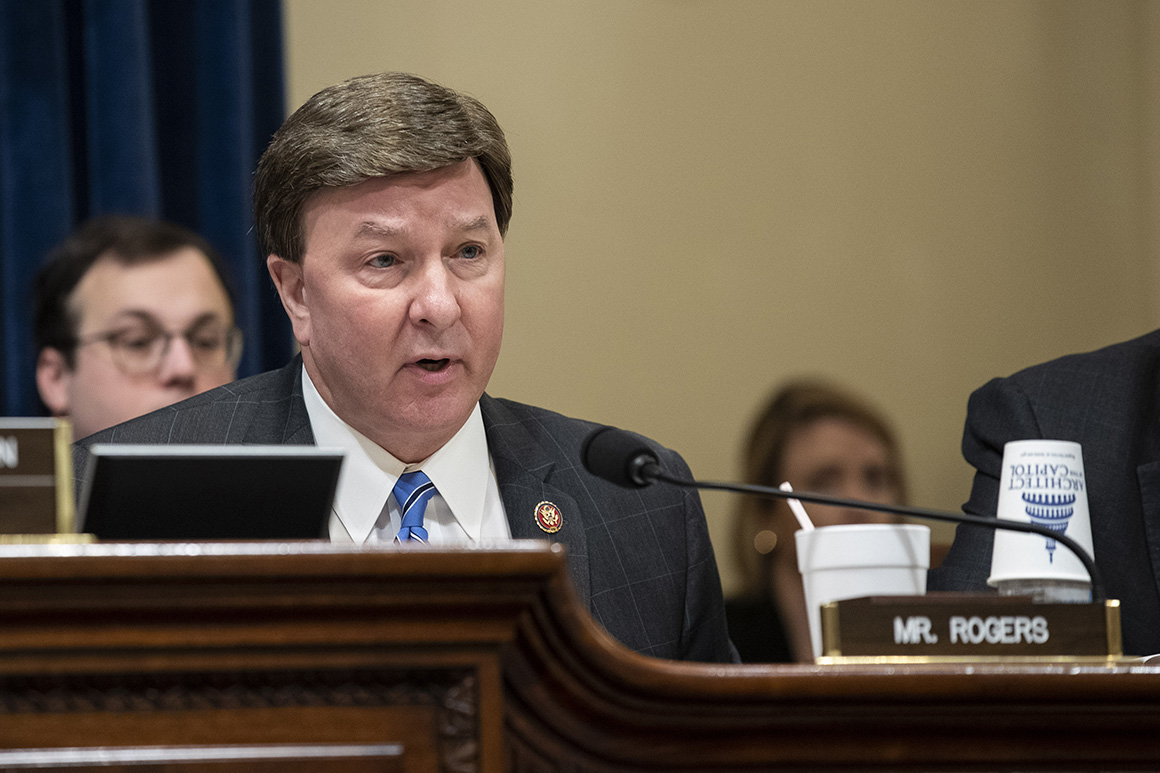 That may not be enough for some in the GOP.

There’s a school of thought in McCarthy’s conference that Democrats opened the door to politically motivated impeachment efforts by going after Trump, strengthening the case for appeasing a conservative base now seeking the same against Biden.

But other GOP lawmakers keenly recall their own condemnation of Democrats who impeached Trump twice — the first over his contacts with Ukraine, on a party-line vote, and the second for his role in the Jan. 6 Capitol attack, which 10 House Republicans joined.

One senior House Republican, speaking candidly on condition of anonymity, didn’t discount the idea of supporting impeachment down the line — particularly if the situation in Afghanistan deteriorates further, as many in the party have warned. The danger lies in a rush to that endgame, this Republican said, which puts McCarthy’s party at risk of open hypocrisy after blasting Democrats.

“Some people are gonna want to do it just for show, to show the base back home they’re doing something. But the great tragedy about all of it is, this is exactly what we said would happen when Democrats weaponized impeachment last time,” the senior GOP lawmaker added. “The Republican base is going to demand it as soon as we get the majority, if not now … So everybody will be in a real bind.”

While McCarthy may yet be swayed by growing conservative interest in impeachment, he’s getting a reprieve as Freedom Caucus members debate among themselves whether to embrace an impeachment call.

Some members of the conservative group are worried that efforts to mobilize House Republicans that way would flop if freshman Rep. Marjorie Taylor Greene (R-Ga.) became the leading face of an impeach-Biden push. Greene has already introduced resolutions calling for Biden’s impeachment that have received little traction in the GOP conference, and her controversial reputation has some colleagues concerned that she would dissuade other members outside the Freedom Caucus from joining. 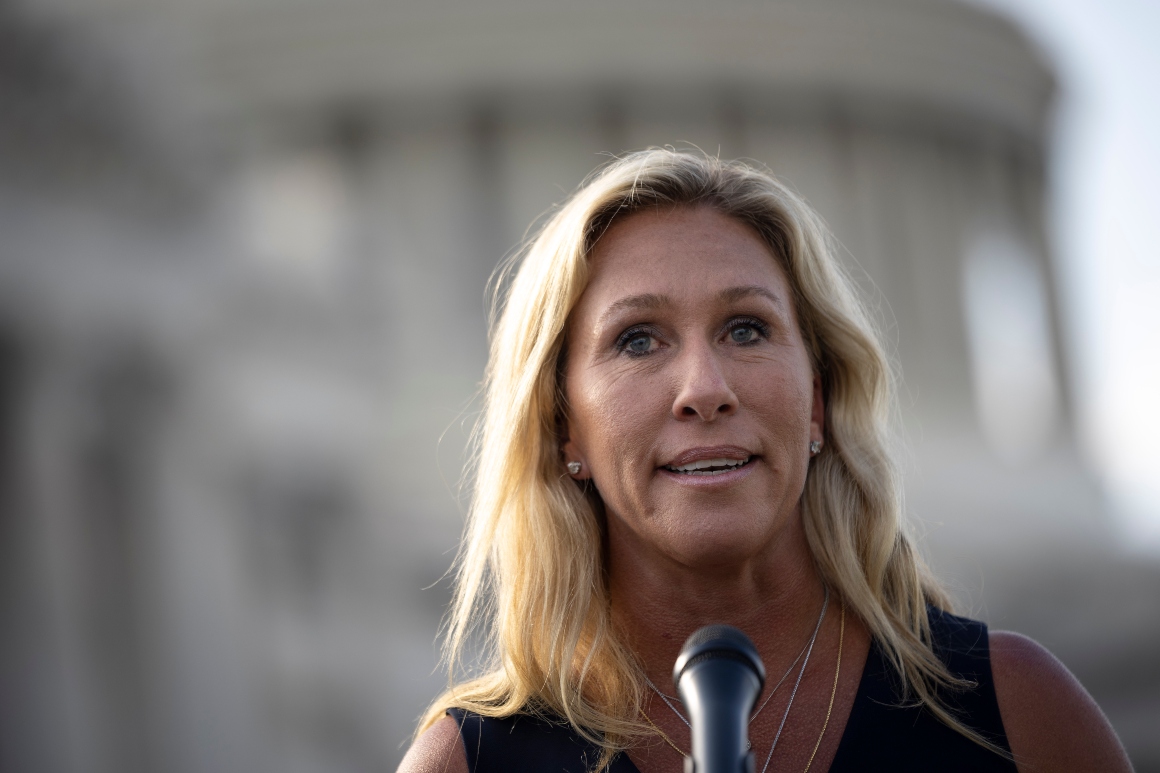 Other House conservatives have so far focused their ire on diplomatic and military officials like Blinken. And still others in the GOP caution against turning Afghanistan into a political football and want to first address the dangerous situation on the ground.

“It’s too early,” said Rep. Don Bacon (R-Neb.), whose district leans less red than those of some of his colleagues. “Also, when I think about impeachment, you know, it’s high crimes and misdemeanors. What I see is gross incompetence and weakness. So we’re gonna have to work our way through what that means.”

For now Republicans are focusing on Afghanistan messaging, with McCarthy urging members to schedule in-district events with local veterans and take their pushback to local media.

McCarthy has held multiple press conferences of his own this month to hammer the Biden administration for its messy withdrawal. But the GOP leader has at times seemed to contradict himself on messaging: He told reporters Friday that the U.S. should not negotiate or recognize the Taliban, even though the Trump administration approach he supported included negotiations with the militant group brokered by former Secretary of State Mike Pompeo.

The party is also working to clear perhaps its highest hurdle toward keeping Afghanistan in the public’s mind during the midterms — the 15 months between now and the next election — by starting its oversight engines before it’s even won the majority. Reps. Michael McCaul (R-Texas) and Devin Nunes (R-Calif.) told colleagues on a conference call last week that they have already made document preservation requests.

“Blinken is going to testify before the committee,” said McCaul, the top Republican on the House Foreign Affairs Committee. “And I want to make sure those documents are preserved, whether it’s Chairman Meeks and myself or whether it’s me as chairman with subpoena power.”