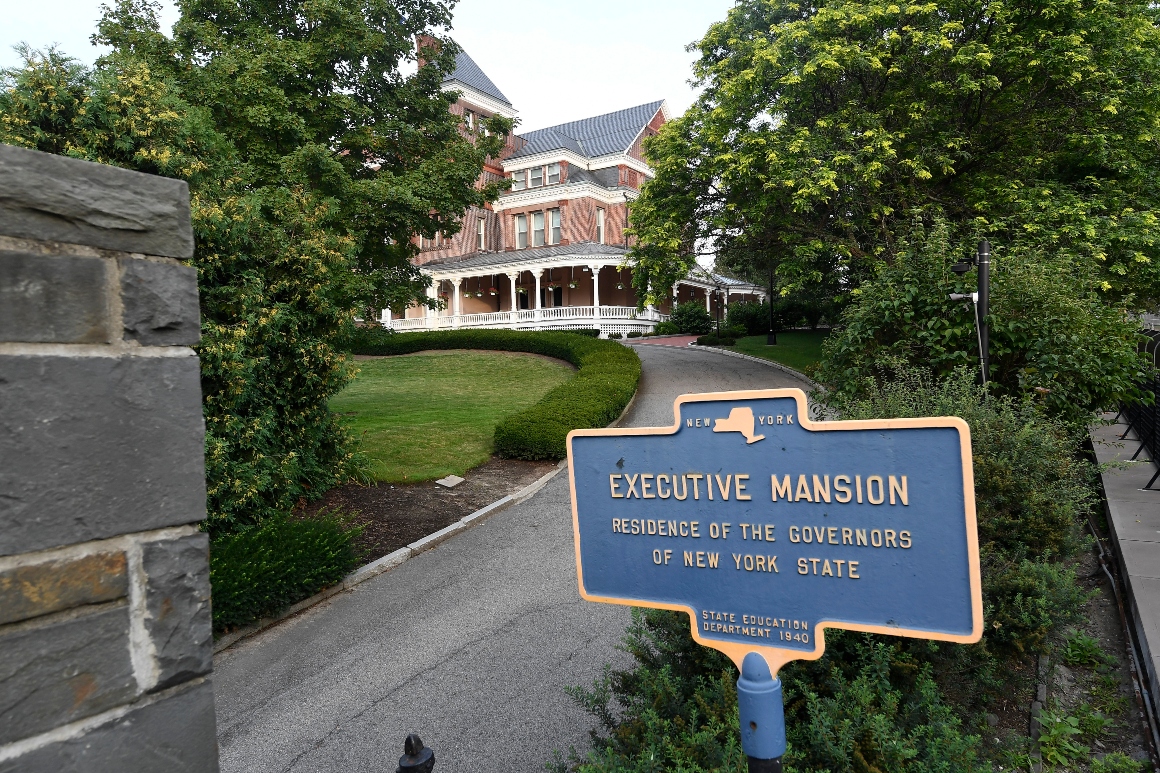 ALBANY, N.Y. — Albany doesn’t have Andrew Cuomo to kick around anymore. But it could take years to expel his loyalists — and move on from his alleged misdeeds.

Denizens of the New York State Capitol celebrated on Tuesday afternoon, with longtime foes of the soon to be former governor drinking champagne and pondering a future without Cuomo at the top. There was widespread praise for incoming Gov. Kathy Hochul, with many expressing an eagerness to move past the distractions of the past six months.

“The king is dead; long live the queen,” state Comptroller Tom DiNapoli, a fellow Democrat who was often the target of seemingly random attacks from Cuomo, said in an interview Tuesday. “Everybody’s ready to move forward and not get bogged down in the muck and mire of the present.”

Still, transitioning out of the Cuomo era will not be an easy task. Cuomo, after nearly three fiery terms at the helm, has tentacles that stretch into every corner of state government. Cleaning house would be a difficult task for any incoming governor — let alone one who can only promise potential replacements some 15 months of employment.

And it’s all but guaranteed that the various investigations into Cuomo will drag on for months or even years, occasionally drowning out whichever issues Hochul might want to focus on. Cuomo is facing investigations by five district attorney’s offices that are looking into his alleged sexual misconduct, and federal authorities are said to be inquiring about other scandals that unfurled over the past year.

“The inquiry into criminal conduct is still open and pending in our jurisdiction,” said Cecilia Walsh of the Albany County district attorney’s office, which has been examining allegations of sexual misconduct in the executive mansion.

Even impeachment isn’t necessarily off the table.

“Resigning is just one part of accountability,” said Erica Vladimer, co-founder of the Sexual Harassment Working Group, a collection of former New York legislative staffers who are working to end sexual harassment in Albany. “It is imperative and extremely important for our New York state government to hold power abusers accountable. Impeachment will do that; resignation does not.”

On the day before Cuomo resigned, Assemblymember Charles Lavine (D-Nassau), who has been leading his house’s investigations, was asked about the possibility of a post-resignation impeachment. He didn’t rule it out.

“We may very well have the authority to do that, and I wouldn’t discount that for a moment,” said Lavine, the chair of the Assembly Judiciary Committee. It would be “moot” and not meaningful, he said, but acknowledged “there would be the opportunity in a court of impeachment to prohibit him from ever again occupying statewide office.”

Beyond the distraction of the investigations, it could well be impossible to quickly remove the governor’s closest allies from everywhere in state government, something that Hochul will presumably be pressured to do by the inevitable future attack ads characterizing her administration as a continuation of Cuomo’s. Hochul will take office in 14 days, when Cuomo plans to officially step down.

“It’s impossible for her to clean house, since the house is so full of Cuomo loyalists that you’re talking about hundreds of appointees and even dozens of crucial employees,” said John Kaehny, the executive director of Reinvent Albany, which advocates for open and transparent government in New York.

Consider Linda Lacewell, the superintendent of the Department of Financial Services and one of the most powerful unelected officials in the state. Lacewell has been known for years as the governor’s personal “minster of defense” for her role organizing the administration’s attempts to fend off potential problems. Any transition too abrupt could create some problems in her agency — one of the world’s most important banking regulators.

And then there’s state Budget Director Rob Mujica: “He sits on two dozen-plus public authority boards, and he is essentially the governor’s representative on all these boards,” Kaehny said. The chief financial officer for the Metropolitan Transportation Authority, the largest public transit agency in America, reports to Mujica — not to the head of the MTA.

If Hochul doesn’t remove Mujica, and people like him, that will leave Cuomo’s loyalists in charge.

“The ghost of Andrew Cuomo is going to be in control,” Kaehny said. “In a reform fantasy world, she would come in and dismiss absolutely everybody and put into place independent-minded ethical professional folks, but that’s just not going to happen … It’s not like there’s a roster of generals she can just unthaw from a freezer and put in place.”

There’s also the question of Democratic politics — and Cuomo’s $18.3 million campaign fund. While much of that will likely go to legal defense, it’s still very possible that the governor could have millions of dollars remaining, allowing him to transition the committee into something resembling a super PAC designed solely to seek vengeance against those who betrayed him.

It’s also possible that his legal fees could turn out to be negligible. There’s a provision in state law that essentially says that, if public officials are acquitted or have criminal charges dropped, then taxpayers will cut them a check to cover the costs. The campaign committee controlled by former Senate Majority Leader Joe Bruno, for example, received a $1.5 million check seven years after he left office.

Senate Deputy Leader Mike Gianaris (D-Queens) has spent years sponsoring a bill that would end this opportunity for reimbursements. It has yet to advance, but, he noted, perhaps “Hochul could sign it.”

Gianaris has long had one of Albany’s most bitter feuds with Cuomo, over issues such as his key role in killing the proposed Amazon headquarters that the governor tried to force into his district in New York City.

“The continued accountability for what he’s done is important,” Gianaris said. “And I imagine that will continue in a variety of venues. But we also have to get the state back on track; we’ve been frozen in place for the last couple of months.”

Despite the challenges, others were similarly optimistic that state government can refocus itself soon.

“The investigations, to the extent they continue, will more be an issue to [Cuomo],” DiNapoli said. “It clears the deck … We need to, as quickly as possible, spend less time analyzing the drama of the end of the Cuomo era and really focus on how we all move forward.”