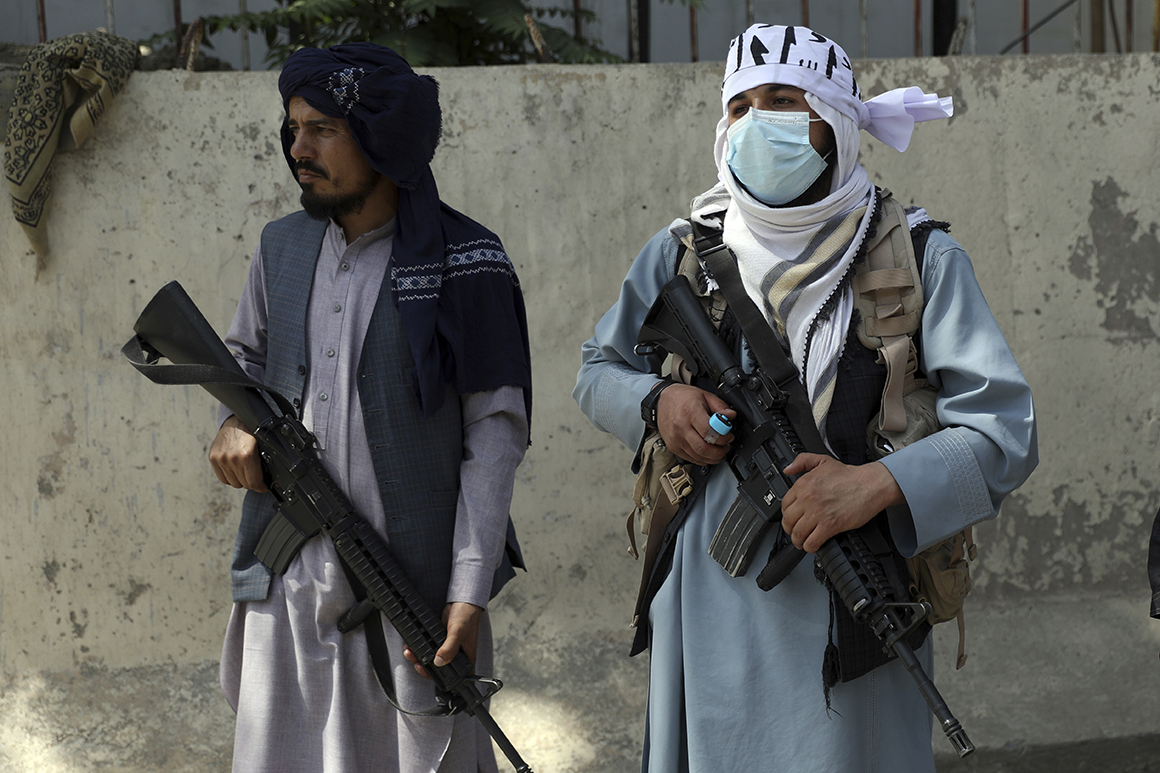 During the Vietnam era, anti-war protesters responded to the club-swinging tactics of police with a chant: “The whole world is watching!”

The fall of Afghanistan has painful implications for a new administration — and for perceptions of the efficacy of U.S. power and the judgment of the leader who wields it — across the globe, from Washington to Beijing, to Moscow, to the capitals of Europe.

Biden told the nation Monday “I stand squarely behind my decision,” but it is hard to imagine events that could more vividly underscore the gap between American aims and ability to achieve its aims than the breathtakingly rapid fall of Kabul after two decades of U.S. military combat and diplomatic toil, coming just a few weeks before the 20th anniversary of the 9/11 attacks that began the enterprise.

It is clear that echo is carrying widely. In Europe, the original euphoria among most traditional allies about the departure of Donald Trump from the White House is now commonly tempered by concern about whether his successor is sufficiently commanding and reliable to restore the United States to being a constructive force in a chaotic and interdependent world.

The timeless ambivalence about U.S. presumptions of being the world’s policeman looks different at a moment when the policeman may have scant ability or interest in keeping the streets safe in any of the world’s most dangerous precincts.

“I deeply regret the fall of Kabul and the return of the Taliban to power in Afghanistan,” Anders Fogh Rasmussen, the former prime minister of Denmark and former Secretary General of NATO, told POLITICO in an interview. “Once again, when America retracts, the bad guys fill the void. We must stay extremely vigilant about the re-emergence of international terrorist networks on Afghan soil under the watch of the Taliban.”

Most big debates over the decades about war and foreign policy — Who lost China? Who lost Vietnam? Who takes most blame for intelligence failures in Iraq?— are arguments without end. Surely the strategic arguments about Afghanistan will similarly take years to play out.

But rarely are key elements of a president’s foreign policy assumptions so quickly and violently shattered as Biden’s have been in the Afghanistan withdrawal. The logic was clear, cold, and widely shared by Afghanistan skeptics in both parties: It’s not our problem anymore. Biden and his aides clearly understood that the future of Afghanistan post-withdrawal was uncertain and perilous. But they were flagrantly wrong about the speed with which Taliban forces would swarm to decisive victory.

His remarks at a July news conference are now tattooed on the balance of his presidency: “The likelihood that there’s going to be the Taliban overrunning everything and own the whole country is highly unlikely.”

Here are the arenas where that miscalculation is likely to have the most acute consequences:

Ukrainian defenders of democracy have the most to fear from events in Afghanistan: They share the Afghan struggle with weak institutions and corruption in their efforts to fend off Putin. Maxim Eristavi, an activist and journalist, told POLITICO “the last 24 hours have been depressing af.” He said that the scenes from Afghanistan are not exactly a surprise considering “Western betrayals — from Yalta to the Budapest Memorandum to NordStream 2” — but a “harrowing realization of how really alone we all are on freedom frontlines.”

Eristavi believes the consequences will range from a renewed focus on Washington’s actions over its words, to fostering more support for China.

After the West’s relatively hands-off approach to Beijing breaching its treaty obligations to Hong Kong, Chinese state media is already using the scenes of the fall of Kabul in an effort to keep Taiwan’s “secessionists” in check. The Global Times leads with “Failure of America in Afghanistan serves as warning to Taiwan secessionists.” Taiwan is not Afghanistan: Its democratic institutions are strong, its population wealthy and highly educated. But the freedom Chinese media feel to gloat about American incompetence is a danger, given the Biden administration has framed its biggest challenge as proving that democracy delivers.

NATO allies are shaken, said Stefano Stefanini, Italy’s former ambassador to NATO, who described Biden’s address to the nation as an “unrepentant” message that “might fly in the US, but won’t do much for American leadership in the world.” Officials across Europe told POLITICO they worry Biden’s actions in Afghanistan may be discrediting the western alliance.

In many respects, the EU’s Trump-era commitment to “strategic autonomy” remains an empty promise. The bloc failed to coordinate a policy even to evacuate Afghans who worked for European governments, and its leaders remained silent as Kabul fell. “They can’t just blame the Americans,” Stefanini said. “It became a NATO decision” when allies “signed off on the American decision to withdraw from Afghanistan, in spite of misgivings about timing, speed, modalities,” he said.

The scrambling of old ideological lines in Washington during the Trump era in one respect takes the edge off Biden’s Afghanistan humiliation. Interventionists are in eclipse in both major parties. Trump is taking shots about the way Biden withdrew, but the two presidents are basically in agreement on the larger point that it is time to leave a country where the United States has been committed and arguably overcommitted for nearly a generation.

But if Biden is less vulnerable in the ideological sense he is more vulnerable in a personal sense: The Kabul collapse threatens to become a shorthand for critics in the Republican Party (and not-for-attribution fretters in the Democratic Party) for those who fear Biden is an enfeebled figure — not commanding in presentation, and not fully in command of the policymaking apparatus of his own administration.