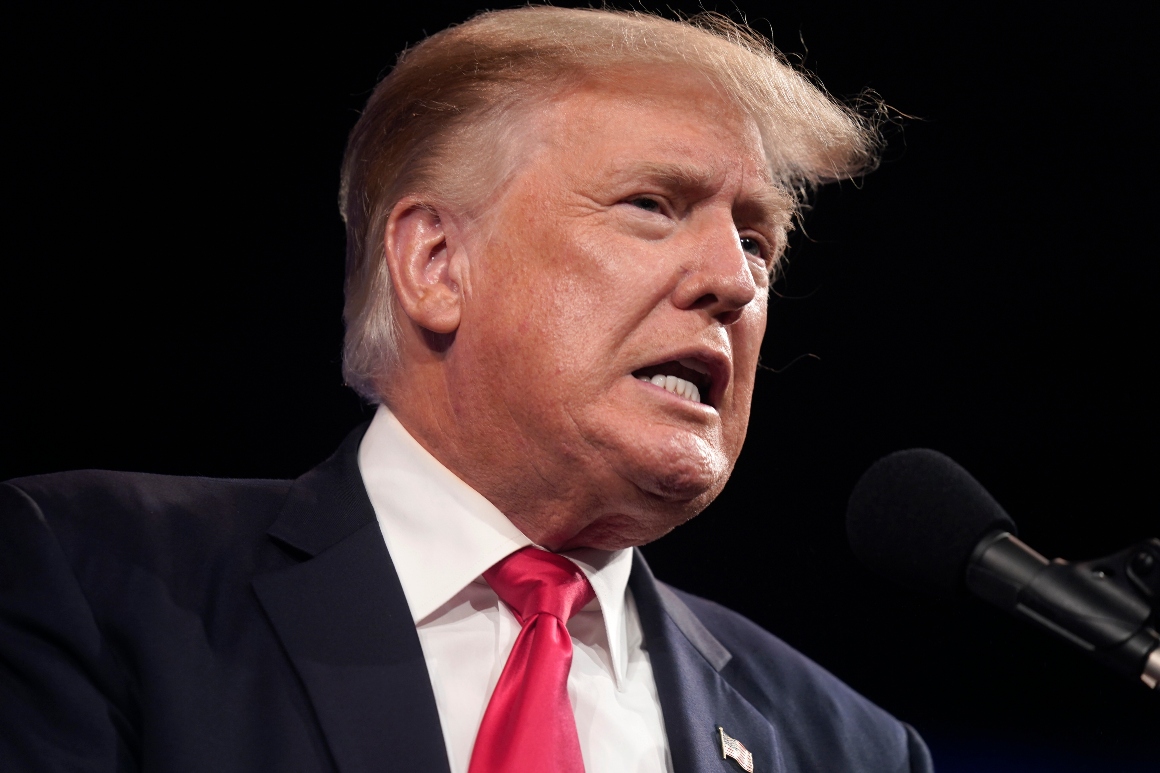 Former President Donald Trump’s political committees raised $82 million during the first half of 2021 and have $102 million in the bank, according to federal filings to be made public Saturday evening.

The figures, shared first with POLITICO, underscore the profound reach of Trump’s fundraising power. While the former president is out of office and has been deplatformed on social media sites, he maintains a massive online donor network that he could lean on should he wage a 2024 comeback bid.

The scenario is virtually unprecedented: Never in history has a former president banked nine figures’ worth of donations to power a political operation. Over the first six months of the year, Trump’s political groups whipped up supporters with baseless claims of election fraud to pull in more cash than the Republican Party’s House and Senate campaign arms. The Trump committees raised nearly as much as the Republican National Committee.

The former president’s fundraising was spread across three committees: Save America, a leadership PAC he launched shortly after losing the 2020 election; Make America Great Again PAC, his old campaign account which was converted into a PAC this year; and a joint fundraising outfit that sends its funds to the other two groups.

Leadership PACs like Save America have a $5,000 donation limit per donor, per year, but there are few restrictions on how those groups can spend their money. Trump has spent little from the fund so far this year, but he can use it to pay for travel, events, advisers, ad campaigns, and supporting candidates and other political activities.

There is one notable restriction: The leadership PAC funds cannot be used to finance a presidential campaign.

Earlier this year, Trump also gave his blessing to a newly formed super PAC, Make America Great Again Action, which is allowed to raise and spend unlimited amounts of money. The organization, which is helmed by former Trump campaign manager Corey Lewandowski, has already invested heavily to bolster Trump-endorsed candidates in a pair of special elections. As of Saturday evening, the super PAC had yet to release its fundraising totals.

Trump briefly slowed his fundraising efforts following the Jan. 6 Capitol riot but resumed it this spring. Much of what Trump has raised is expected to be used ahead of the 2022 midterm elections, in which the former president is expected to play an active role, according to a person familiar with the matter.

“On behalf of the millions of men and women who share my outrage and want me to continue to fight for the truth, I am grateful for your support,” Trump said in a statement.

Trump has been forceful in urging his supporters to route their cash through Save America, even at the expense of the Republican Party’s campaign organizations. During an appearance before the Conservative Political Action Conference earlier this year, Trump said that that the “only” way to give to Trump-aligned candidates was through Save America. In the weeks after, Trump attorneys sent cease-and-desist letters to the party’s committees requesting that they stop using his name in fundraising appeals, which the party ignored.

Trump’s political operation has been sending out a daily battery of fundraising text messages to supporters, many of them reiterating his unfounded claims that the election was stolen. Trump has spent months lavishing praise on election audits taking place in states like Arizona, though a person familiar with Trump’s campaign finances said that none of his groups have donated money to fund those efforts out of a desire not to taint their independence.