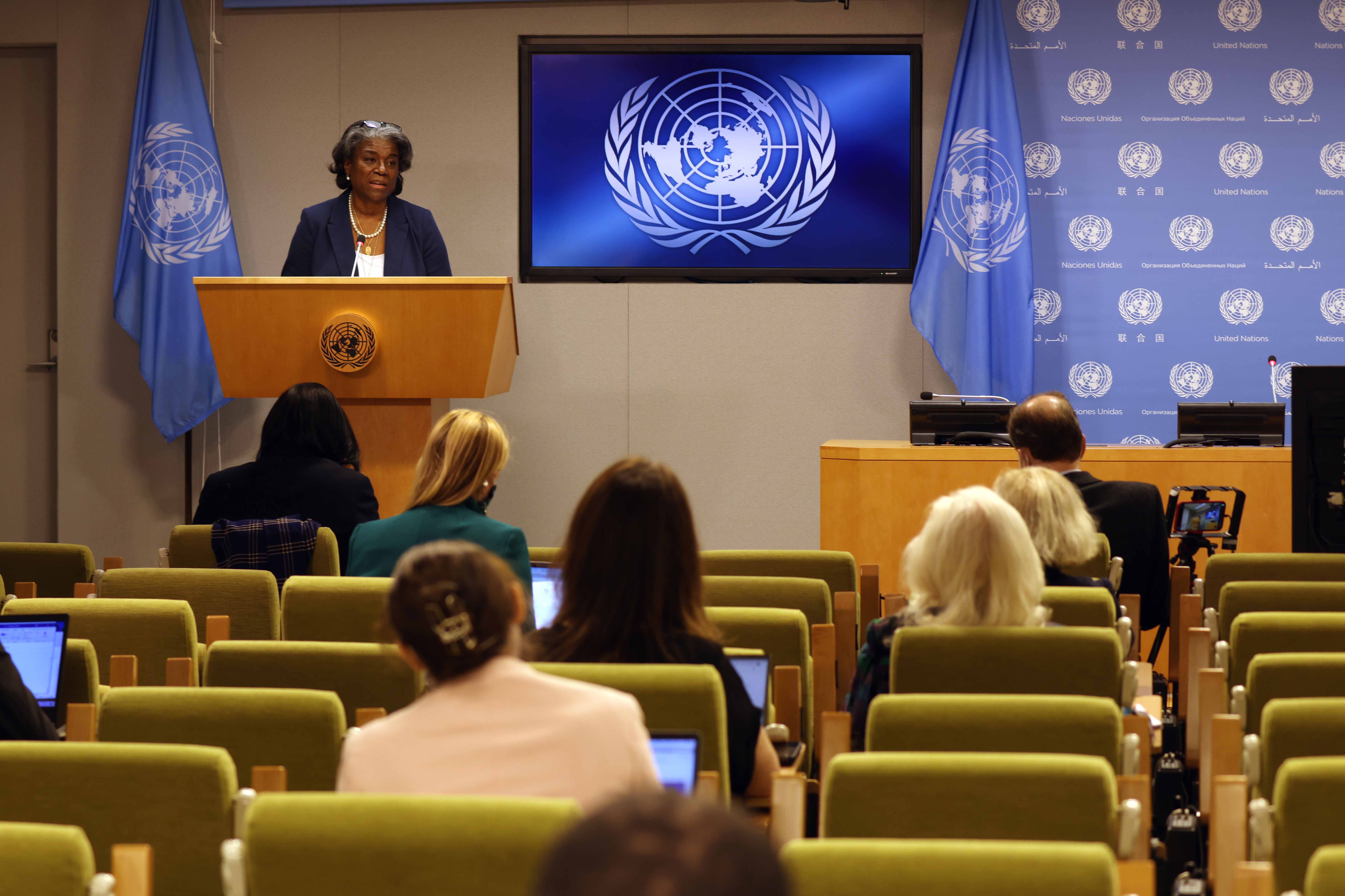 The U.S government believes the Taliban wants international recognition, but the message from Washington and other democratic governments is: we don’t trust you — so show us you’re worth it.

While G-7 governments insist there is no formal request yet to recognize the Taliban’s grip on Afghanistan, preliminary conversations are underway, focused on ensuring allies and neighboring countries, including Pakistan, hold off from bilateral recognition of the insurgent group.

The Taliban ruled Afghanistan from 1996 until 2001 when a U.S.-led military coalition overthrew the regime following the 9/11 terrorist attacks. Just three countries — Pakistan, Saudi Arabia and United Arab Emirates — recognized the regime before it was removed.

Secretary of State Antony Blinken said in a statement late Thursday that he and his counterparts from the G-7 and the European Union “agreed that the international community’s relationship with the Taliban will depend on their actions, not their words.”

NATO foreign ministers issued a similar statement after meeting on Friday. “We call on all parties in Afghanistan to work in good faith to establish an inclusive and representative government, including with the meaningful participation of women and minority groups,” the statement said. The organization added that “under the current circumstances, NATO has suspended all support to the Afghan authorities.” Their decision follow the International Monetary Fund blocking release of $450 million in funds that were scheduled to be sent to Afghanistan next week.

U.K. Prime Minister Boris Johnson told the British Parliament this week that allies and Pakistan agree “it would be a mistake for any country to recognize any new regime in Kabul prematurely or bilaterally.” 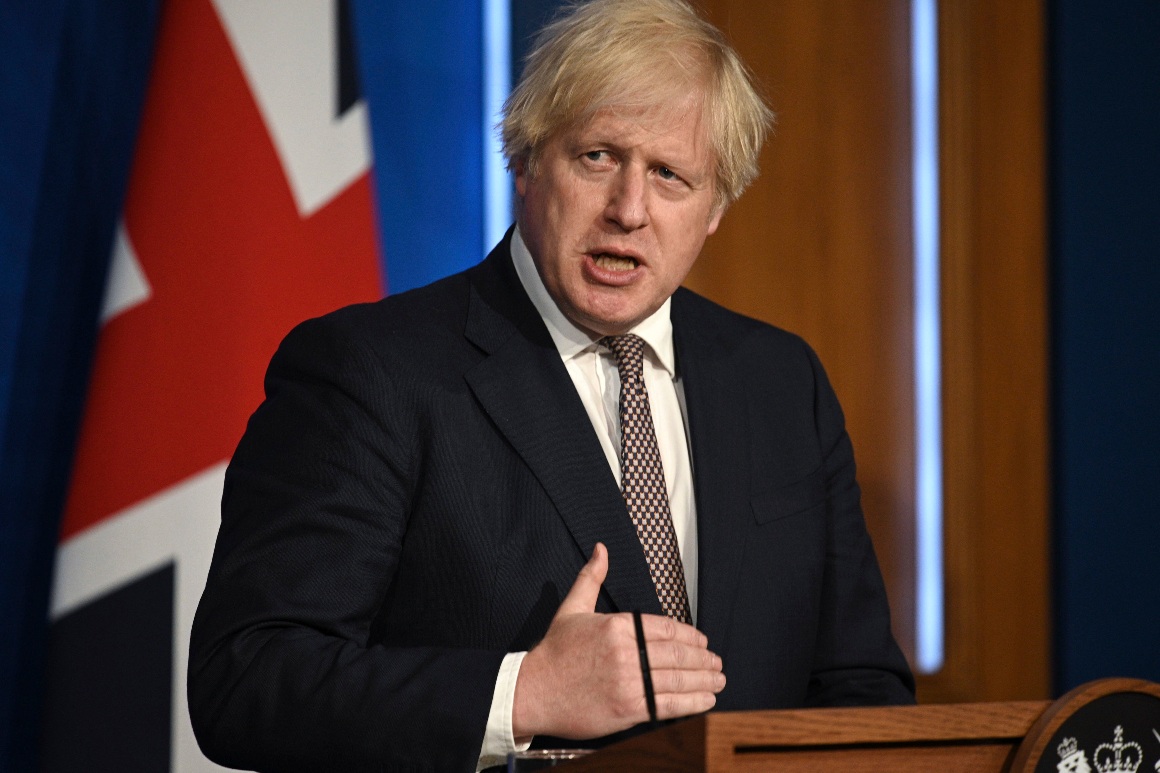 Linda Thomas-Greenfield, the U.S. Ambassador to the United Nations, said in an interview with POLITICO that the U.S. would “certainly not” recognize a Taliban-led government that does not live up to international commitments and human rights standards. She promised that “we will be watching their actions very, very closely before any decisions will be made on recognition of a government that they are a part of.”

Thomas-Greenfield said she expects “an intense discussion with our allies on the recognition issue.” Johnson told the House of Commons “countries that care about Afghanistan’s future should work towards common conditions about the conduct of the new regime before deciding, together, whether to recognize it and on what terms.”

For now, Thomas-Greenfield is pleased with all 15 members of the U.N. Security Council taking a wait-and-see approach to the Taliban’s performance. While China and Russia are continuing to operate embassies in Kabul, a strongly worded Security Council statement that Moscow and Beijing agreed to on Monday calls for “full, equal and meaningful participation of women” in any new Afghan government. The statement urges the Taliban to allow humanitarian assistance and live up to international obligations, while ensuring that “the territory of Afghanistan should not be used to threaten or attack any country.”

Urgent humanitarian concerns threaten to cut across delicate debates about formal recognition of a new government.

Thomas-Greenfield wants to ensure “the U.N. continues to be an active participant inside of Afghanistan,” where U.N. Secretary General António Guterres warns that 18 million people — half the population — need assistance, including food. Josep Borrell, the EU’s top diplomat, said on Tuesday that the bloc “will have to talk” with the Taliban “in order to engage in a dialogue, as soon as necessary, to prevent a humanitarian and potential migratory disaster.”

Thomas-Greenfield told POLITICO that allies have time to figure out a full strategy, downplaying suggestions the Taliban would be ready and interested in applying for U.N. accreditation in time for the annual General Assembly leaders week Sept. 20-26.

“I don’t imagine that this is going to come up by middle of September,” she said, “they haven’t even formed the government yet. I’m not even sure that they themselves will want to be on the international stage that quickly.”

What the Taliban want

While the Taliban may not be ready to unfurl a global team of diplomats, Thomas-Greenfield is certain they’re hungry for attention. “I do know that they do want recognition,” she said. “And if they want recognition, they’re going to have to abide by the international norms that we all live by.”

Thomas-Greenfield is providing support to Ghulam Isaczai, ambassador of Afghanistan’s elected government to the U.N, who remains in office but with an uncertain future. “We were communicating with each other today [Thursday] and I am very supportive of him,” she said.

Thomas-Greenfield has likewise backed Kyaw Moe Tun, the U.N. ambassador of the elected government of Myanmar, who has clung to his position for six months since a military coup in the country. “He had a threat against his life. The U.S. government responded immediately and fortunately, were able to arrest the people involved in that and charge them,” Thomas-Greenfield noted.

Mohammed Ashraf Haidari, the Afghan ambassador to Sri Lanka, told Indian television, “Taliban have not been recognized. They are a long way from international recognition,” and insisted he had no plans to give up his role or residence. Likewise, Afghan diplomats in Washington D.C., told POLITICO they will continue to serve the elected government and assist in getting Afghans out of the country as needed.

Private sector and nonprofit organizations are also struggling with how to engage with the Taliban.

Tech companies will need to decide whether to let the Taliban take over the Afghan government’s official social media handles or verify the accounts of its leaders, and how to address the regime’s communications on encrypted platforms like WhatsApp.

The Global Internet Forum to Counter Terrorism — an industry group launched by Facebook, YouTube, Twitter and Microsoft “to prevent terrorists and violent extremists from exploiting digital platforms” and which calls “universal and fundamental human rights” its central mission — has not taken a position. Those calls, the coalition says, are best left to the platforms themselves. Facebook continues to classify the Taliban as a terrorist organization.

Kate Day and Daniel Lippman contributed to this report.