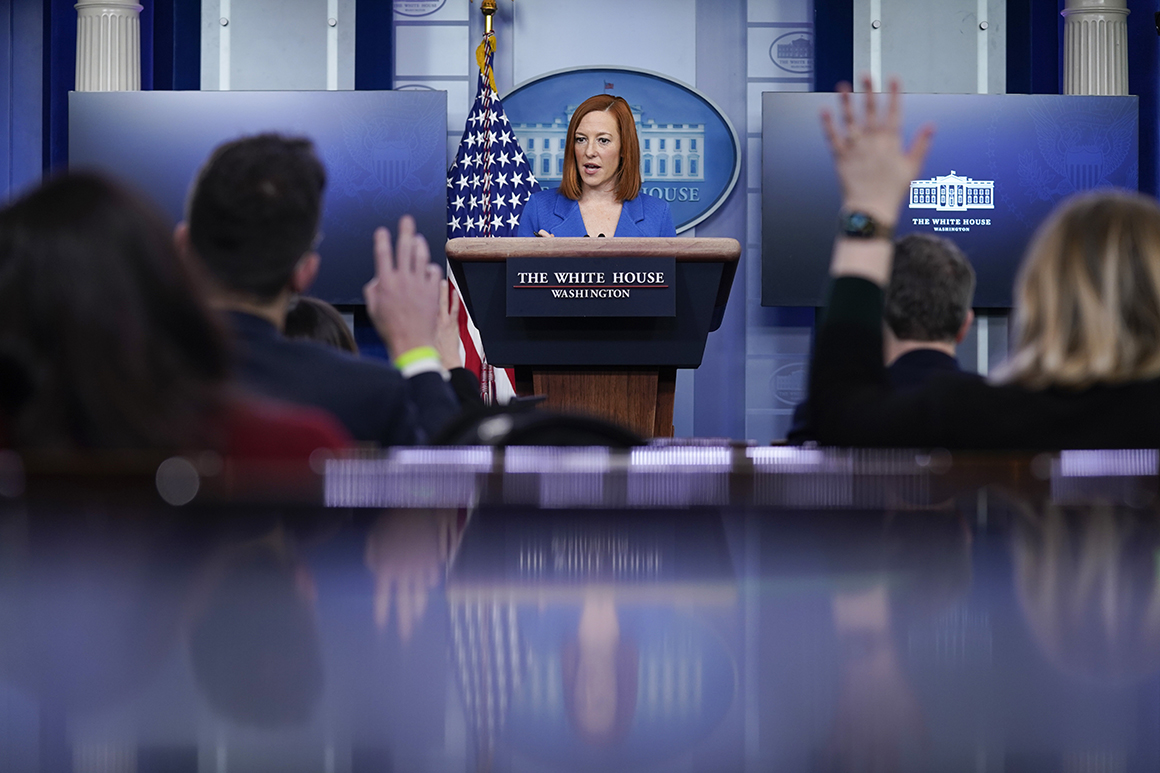 The Biden administration is privately ramping up outreach to major media outlets in hopes of tamping down a spate of alarming news reports that threaten to slow its vaccination campaign.

The White House began holding a series of briefings Monday and into Tuesday with all the major TV networks — including Fox News — as well as other newsroom leaders about their recent Covid coverage, according to three sources familiar with the meetings. Focused on the surging Delta variant and vaccinations, the briefings are being led in part by Vivek Murthy, the U.S. surgeon general, one of the sources told POLITICO.

The briefings are being held on “deep background” — meaning news organizations can use the material but have agreed not to name or directly quote from senior officials — and come as the administration hit its vaccine milestone on Monday, with 70 percent of American adults having now gotten at least one shot. But they are also occurring at a moment of concern across the administration over news reports and headlines that they view as far too narrowly focused on vaccinated people contracting the virus.

A slew of those stories relied on Centers for Disease Control and Prevention data, obtained by The Washington Post and then reported on by a flurry of outlets last week. The CDC study examined an outbreak of vaccinated and unvaccinated people in Provincetown, Mass., and led the agency to revise its mask guidelines.

But news of the findings came out before the actual data itself. And the early headlines and reports emphasized the number of so-called breakthrough infections — vaccinated people who contract the virus. Officials in the administration feared that the stories and social media posts promoting them would further hamper their efforts to persuade unvaccinated people to get the shots.

They first pushed back on Twitter, and later in a CNN report in which aides aired their frustrations, arguing that the items lacked some crucial context. While vaccinated people can get breakthrough infections, especially from the Delta variant, and also spread the virus just like the unvaccinated, it’s still exceedingly uncommon that they will be infected or end up hospitalized because of it.

“It’s on everyone to get this right, and coverage that mischaracterizes breakthrough infections misses the mark and poses a very real threat of hardening vaccine hesitancy,” a White House official said. “We’ve been closely engaged on this with the outlets covering it, and we’re going to continue to do so to ensure that the American people are getting accurate information.”

A seven-slide deck used by the administration for the media briefings and obtained by POLITICO stresses that the virus the country is battling today is much different than before: The Delta variant, which, according to a slide, accounts for 80 percent of the new cases after being just 1 percent in May, spreads far more easily.

The top point for the administration remains that vaccines are still extremely effective and that increasing the number of vaccinations is what will ultimately pull the country out of the Covid morass. According to a slide in the deck, the administration is telling news producers and reporters in the briefings that while breakthrough infections are expected, they are rare, and nearly all of them are mild cases. For example, a review of breakthrough cases from July 10 to July 26 in Barnstable County, Mass. — where the concentrated outbreak in Provincetown occurred — concluded that 1 percent of breakthroughs resulted in hospitalization.

The slides also highlight the Covid situation in the United Kingdom: Between January and July, vaccinations in the U.K. increased significantly. And though, by July, the Delta variant had led case counts to return to January levels, there were fewer hospitalizations and many fewer deaths.

The White House has held similar background briefings for news outlets on the virus and vaccinations, including on vaccine confidence. They have framed the sit-downs as a chance to give the public accurate and up-to-date information on a fast-moving story. This past weekend, they huddled with TV producers and reporters in the lead-up to the Sunday shows, on which Biden’s chief medical adviser, Anthony Fauci (ABC and CBS), and National Institute of Health Director Francis Collins (CNN, Fox, MSNBC) appeared.

There are some indications that the administration’s efforts to frame coverage around the need for vaccinations is working. On Monday, White House Covid-19 Data Director Cyrus Shahpar said the seven-day average of newly vaccinated Americans was at its highest point since July 4. States with some of the highest Covid case rates have dramatically increased their daily rate of newly vaccinated people, including Louisiana, Mississippi, Alabama and Arkansas.