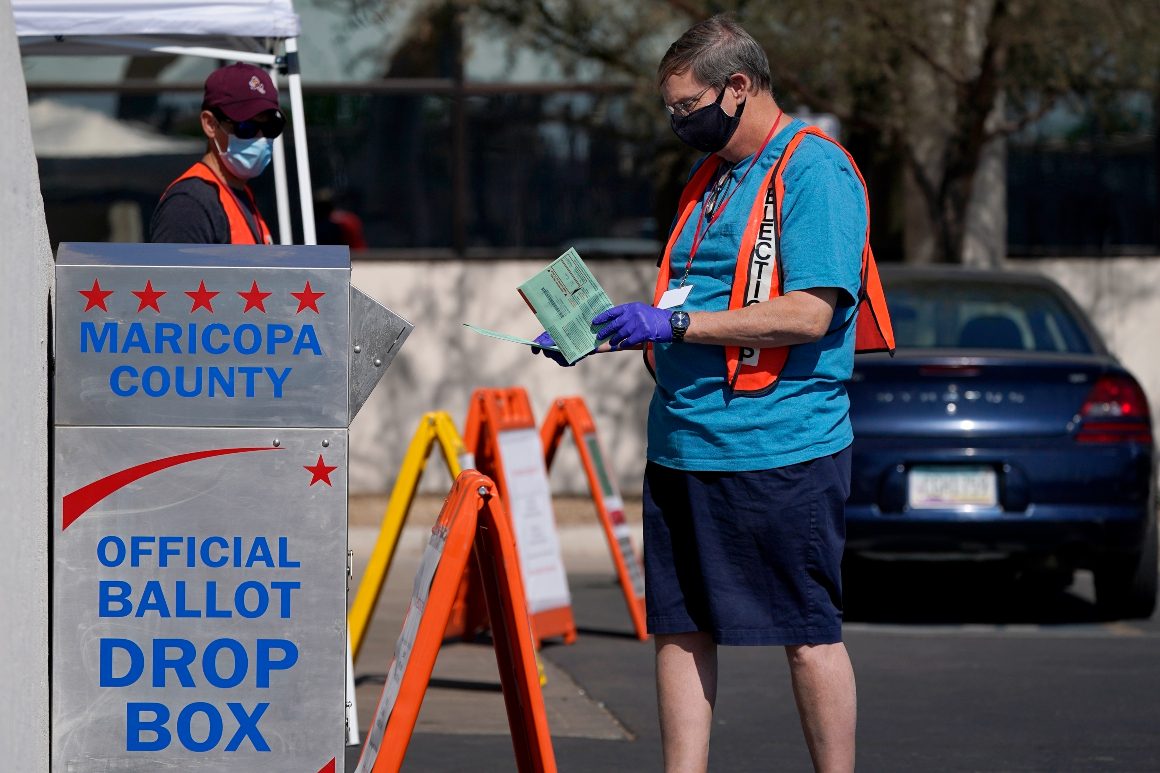 The chair of the Wisconsin state Assembly’s elections committee said Thursday she was subpoenaing 2020 election materials including physical ballots and voting machines from two large counties, in an attempt to bring an Arizona-style review of the 2020 election to another state.

Election administrators and election security experts, as well as the Republican election official and county supervisors in Maricopa, nearly universally deride the process as an amateurish fishing expedition rooted in Trump’s baseless conspiracies about the 2020 election. The Arizona review has also been engulfed in problems recently, as it stretches for months past its original intended completion date.

Ken Bennett, a former Republican secretary of state in Arizona who has been serving as a “liaison” for the state Senate, threatened to quit after being locked out of the facility where the review was being conducted. He later changed his mind and decided to stay. The state Senate is also fighting to keep private some records that a judge ordered they turn over.

Brandtjen, who visited Arizona earlier this year, is calling the process she is initiating an audit: “I am issuing these subpoenas as the first step towards a full, cyber-forensic audit of tabulators and inspection of the physical ballots from the November 2020 fall election,” she said in a statement.

The subpoenas Brandtjen issued in Wisconsin seek a wide scope of materials, stretching from the physical ballots themselves, to tabulation equipment and “forensic images” of election equipment.

It isn’t yet clear if the subpoenas are valid, however. The state Assembly passed a resolution in March directing Brandtjen’s committee to investigate the election. But the state’s Wisconsin Legislative Council wrote in a memo to a Democratic state representative, previously shared with BuzzFeed News, that while the committee is authorized to investigate, subpoenas must be signed by the speaker of the chamber.

The subpoenas posted by Brandtjen, and a copy of the subpoena sent to one of the counties and reviewed by POLITICO, did not feature state Assembly Speaker Robin Vos’ signature.

Vos, a Republican, has previously been critical of Brandtjen, and PBS Wisconsin reported that she declined to say if Vos was supportive of the subpoenas. A spokesperson for Vos did not immediately respond to a request for comment. The Milwaukee Journal Sentinel first noted thatVos’ signature did not appear on the subpoenas.

Her efforts are moving forward at the same time as an investigation blessed by Vos, who has tapped a former state Supreme Court justice as a “special counsel” to run an investigation into the 2020 election. The state’s Legislative Audit Bureau is also conducting its own review.

Jeff Flynt, the deputy executive of Brown County, confirmed that the county clerk had received the subpoena and said “we are reviewing the subpoena at this time.” The Milwaukee County clerk did not immediately respond to a request for comment.

Supporters of Trump, egged on by the former president himself, have tried to spread Arizona-style ballot reviews across the country, often citing Trump’s lies about the election being stolen or manipulated. A close ally of Trump in Pennsylvania, state Sen. Doug Mastriano, is also trying to launch his own effort there.

A recent investigation led by Republican state senators in Michigan, another state that has been the subject of Trump’s fixations, found no signs of fraud in the state. “Our clear finding is that citizens should be confident the results represent the true results of the ballots cast by the people of Michigan,” the report concluded. Trump subsequently attacked the lead author of the report.

Meanwhile, the Department of Justice recently issued a sharp warning to states trying to carry out post-election ballot reviews or audits. In a memo, the department highlighted that state and local governments that allow ballots from federal elections to be mishandled would be breaking federal law.

“Election audits are exceedingly rare. But the Department is concerned that some jurisdictions conducting them may be using, or proposing to use, procedures that risk violating the Civil Rights Act,” read the memo, which was issued last week.