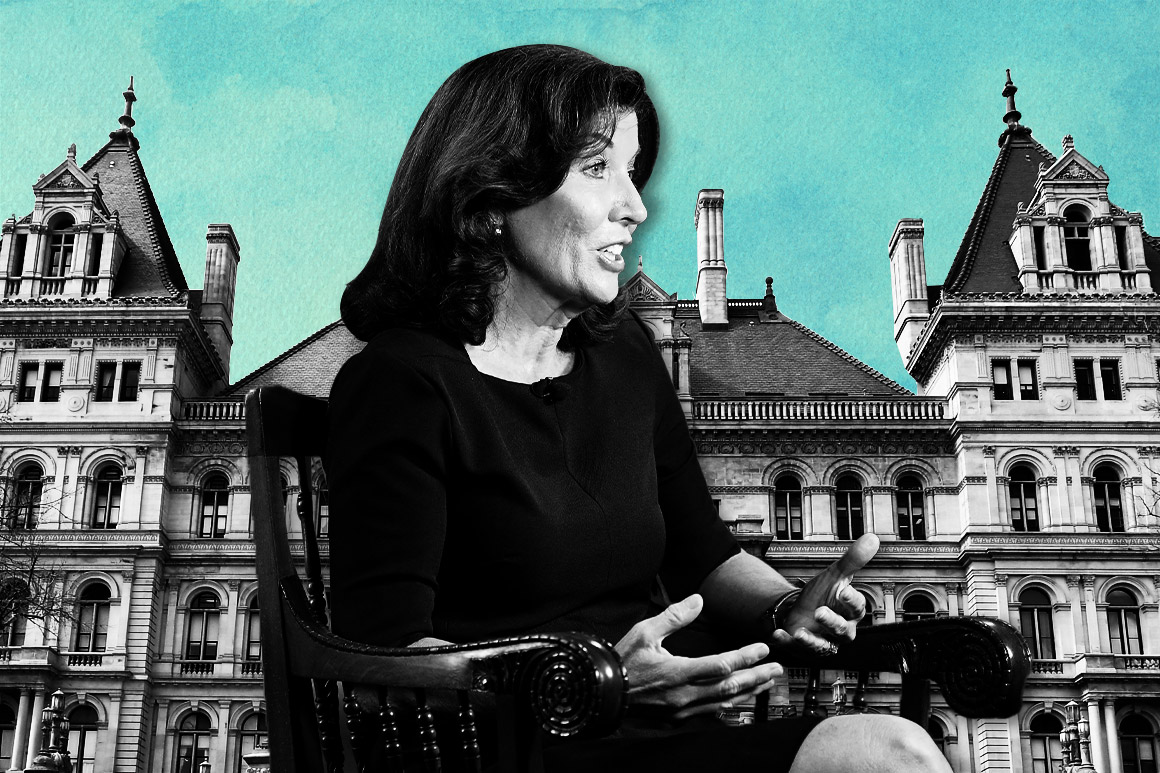 Last year, New York Senator Julia Salazar was approached by a former New York political staffer whom Salazar described as still politically well-connected in Brooklyn. He wanted to talk to her about some issues, he said. Salazar represents the area where they both live, so she said yes, expecting a chat over coffee.

Instead, the former staffer showed up dressed nicely and suggested a white-tablecloth Italian restaurant. It was unusual, but Salazar tentatively went along with it. She said his comments veered toward her appearance. He touched her hand a few times. He asked if she liked boats, because he had a lot of friends in the Hamptons who had boats, and he could take her out on one. He also said that he had driven by her apartment and noticed she didn’t have a car. Would she like one? he wanted to know. “I can do things for you,” he said a few times. To Salazar, the implication was clear: He was looking for a sugar baby. And he was hoping Salazar would be interested.

When New York Governor Andrew Cuomo announced his resignation this week, the woman who will succeed him, Lieutenant Governor Kathy Hochul, pledged to clean up the “toxic work environment” that had flourished under Cuomo. But I spent the week talking with women in New York politics and government—politicians and staffers, current and former—and they’re not sure it will be so easy. They say the culture—of harassment, of sexism, of bullying, of protecting those in power—goes so much deeper than Cuomo.

“I’ve worked in other industries, including service industries. I’ve worked as a waitress and barista,” Salazar said. “And in all of those workplace environments, I did not find sexism and gender-based harassment and sexual harassment to be as pervasive as it is in politics in Albany.”

Salazar also remembers a state senator, now retired, who would turn his chair around, rather than face the front of the chamber in the Capitol building, to stare at the woman senators. The move was striking in its deliberateness, she said. And there was a Cuomo staffer who tried to dance with her so persistently and so aggressively at a reception for a work event that she had to leave rather than risk appearing rude by telling him no repeatedly. “There’s a reasonable expectation that you be kind and polite and friendly, and I’m usually happy to be those things,” she said. “But there comes a time where those expectations conflict with your ability to defend yourself from behavior you shouldn’t need to be dealing with.”

“All this stuff [New York politicians say] about ‘we believe women’ and ‘we have a zero-tolerance policy for sexual harassment’ … it’s lies,” said Chloe Rivera, now a policy analyst at New York City Council. Rivera sees parallels between the Cuomo allegations and two other politicians in New York she has spoken out against publicly: The late New York assemblymember and Brooklyn Democratic Party leader Vito Lopez and former New York City Council member Andy King. Rivera worked for Lopez and filed a lawsuit against him for sexual harassment in 2013. He resigned that same year amid calls for his expulsion.

Rivera also filed complaints against King in 2018 along with several other staffers; the council’s ethics committee produced a 148-page report that found a number of instances of King’s misconduct, but still, a vote to expel him in 2019 failed. After further complaints surfaced, he was expelled in 2020. (Both Lopez and King denied the allegations against them.)

When Lopez died in 2015, the New York Times wrote that “few party leaders in the city had as much influence as Mr. Lopez.” That power, which he had cemented with a network that sprawled throughout the city and then Albany, made it much harder to hold him accountable, Rivera said. “You can see this massive network of powerful individuals, and they all do favors for each other,” she said. “And it’s very similar in Cuomo’s circle.”

“The biggest thing are all the enablers,” she added. “All of these elected officials now putting out statements about Cuomo … like, why didn’t you say anything when [Lopez] was pretending to slap a fly off my cleavage?”

Sarah Clark, an assemblymember who represents District 136, near Rochester, remembers a man she had to work with regularly at the beginning of her career smelling her hair. “And I just had to kind of let him … and then years later, I think, why did I just let that person?”

“The very first week I was there [in the Capitol] I had my ass grabbed in an elevator,” Assemblymember Yuh-Line Niou said. She was a staffer at the time and said she later found out the man who did it was a legislator.

Race can add another element to the unfair treatment. “As the first Black woman to chair the Brooklyn Democratic Party, I am acutely aware of how my status as a woman—and particularly a Black woman—made me more vulnerable to racist and sexist attacks than my white male predecessors,” said Assemblymember Rodneyse Bichotte-Hermelyn. “A few months ago, I was called a ‘thug’ by a respected lawyer, who is white. I quietly wondered, would that person have used that word to talk about an official who was not a person of color?”

Patricia Gunning is a lawyer and former inspector general at a state agency, the Justice Center for the Protection of People With Special Needs. She is suing the state because she says after she made complaints that her former boss, Jay Kiyonaga, had created a culture where sexual harassment flourished, she was forced out of the agency. An inspector general report uncovered several instances of harassment by Kiyonaga, and he was terminated in 2018, but continued to receive a salary until last year because of an arbitration proceeding. (Kiyonaga denied the allegations against him.) “Having experienced the wrath of the executive chamber and a humiliating course of retaliation, I can attest to the brutal reality of reporting, and the lengths that they will go to to protect their optics,” Gunning wrote in an email. “Plain and simple, it deterred people from coming forward.”

Most of the women I spoke with have never worked in politics in another state or state capital, so they weren’t sure whether Albany is unique. But they had thoughts about why the environment is as hostile to women as it is. “I guess generally we have a lot of old people with dated ideas. That’s a big issue in Albany,” Rivera said. Part of the culture in Albany, she said, is kissing each other to say hello, “which … why?”

There’s also the culture of toughness. “The normalization of Governor Cuomo’s behavior speaks to the more generalized acceptance of tough men in politics being effective. We’ve seen this across the political spectrum and outside of New York—politics has been presented to us as an ‘ugly business’ and that the tougher you are, the more you get done,” Senator Alessandra Biaggi wrote in an email. Biaggi is a former Cuomo staffer and was one of the witnesses in the attorney general’s investigation into his misconduct.

There are also elected officials, Rivera said, who have been kept in office by the same big, loyal groups of voters for so long that eventually, they “get to a point where they’re just thinking about politics and their next job,” and aren’t seeing how their actions violate other people.

Niou pointed out that lawmakers passed a bill on workplace harassment in 2019, but the law exempted the legislature. Niou has co-sponsored a bill that would lift that exemption. Niou, Biaggi and Salazar also emphasized to me that the governor should still be impeached, even though he has resigned.

Despite all of the problems they described, most of the women I spoke to were optimistic. “Things are changing. Things began changing even before I got to Albany,” Salazar said. “Thirty years ago, there weren’t even women’s restrooms in the Capitol building,” Niou added. And an influx of new talent is helping shift the culture: One of the reasons that a hearing about sexual harassment Rivera later testified at was held, she said, was because of a new generation of younger female lawmakers in Albany. “That’s part of the turning point—newer, younger, brasher members who are saying, This isn’t right.”

Still, for many women, those changes didn’t come soon enough. Gunning pointed out that the women who accused Cuomo were the rare ones to have their claims investigated by someone who worked outside of the governor’s chain of command. She and other women had their cases investigated by agencies that ultimately fell under his control. “They got the investigation we never got,” she said.