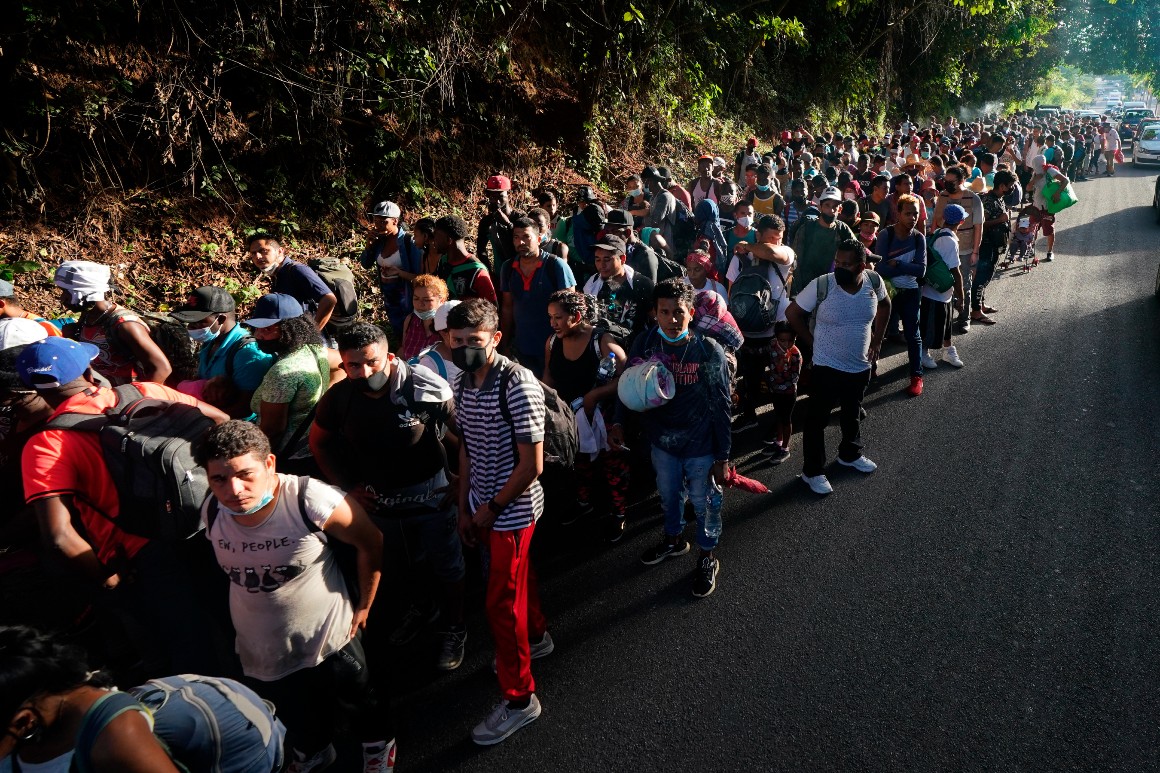 A federal judge on Thursday blocked the Biden administration from continuing to use a Trump-era public health order to expel migrant families arriving at the U.S. southern border.

In a 58-page ruling, U.S. District Court Judge Emmet Sullivan found that the Title 42 policy does not authorize the expulsion of migrants — and, in turn, does not allow for those removed to be denied the opportunity to seek asylum in the U.S. The judge’s order will go into effect in 14 days.

The ruling is a major victory for the American Civil Liberties Union, human rights organizations, immigrant advocates and asylum seekers, who have long argued that the use of Title 42 is unlawful, inhumane and not justified by public health. The ACLU led the legal challenge pressing for Biden officials to stop using the public health authority to expel migrant families.

“President Biden should have ended this cruel and lawless policy long ago, and the court was correct to reject it today,” said Omar Jadwat, director of the ACLU’s Immigrants’ Rights Project.

For months, the ACLU had put on hold its lawsuit in order to negotiate with the Biden administration. But early last month, those talks fell apart and the Centers for Disease Control and Prevention issued an updated order that maintained there is still a public health justification for the Biden administration to continue kicking out migrants. The order can remain in effect indefinitely.

Sullivan’s order applies only to families, meaning the Biden administration can continue to expel single adults arriving at the U.S. southern border. Unaccompanied children have been exempt from being expelled using Title 42.

In August, U.S. border agents apprehended more than 86,000 families at the U.S.-Mexico border, according to the latest Customs and Border Protection figures. Of those, more than 16,200 families — about 19 percent — were expelled using the Title 42 order.

In recent months, Mexico has been increasingly resistant to accepting families expelled from the U.S. under Title 42, resulting in a majority of families entering the U.S. to be permitted to remain in the country.

Meanwhile, the Biden administration is in talks with Mexico about potentially restarting a version of the controversial Trump-era “Remain in Mexico” policy. It comes after the Supreme Court issued an order last month effectively forcing Biden to restore the policy, which his administration ended earlier this year. Administration officials have said they are working to reinstate the policy while they go through the appeals process.