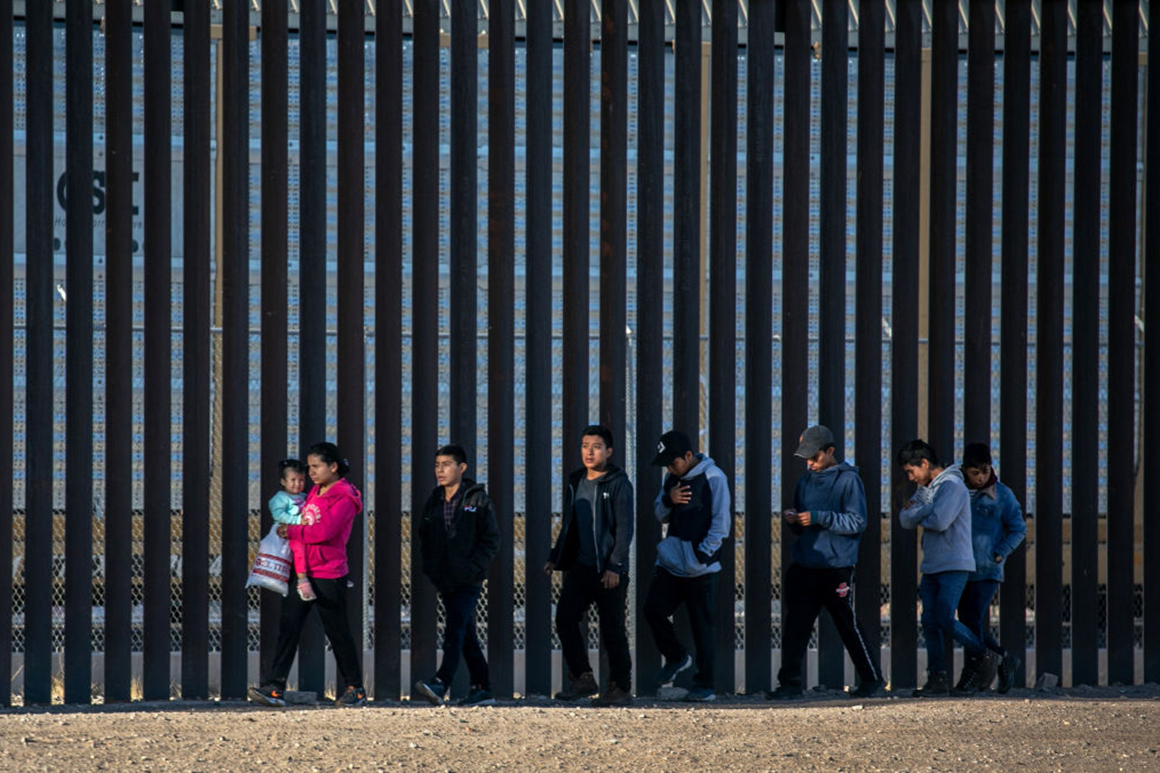 The Biden administration is debating restarting what it describes as a more humane version of a controversial Trump-era program for asylum seekers.

The new proposal — what some have dubbed “Remain in Mexico lite” — would require a small number of asylum seekers to wait in Mexico for their cases to be processed but give them better living conditions and access to attorneys, according to three people familiar with the discussions.

The administration is starting talks with Mexico in a bid to strike a balance between abiding by a federal court order and making good on the president’s campaign promises. A federal judge ruled last month that President Joe Biden’s attempt to end the program — a pledge he made on the campaign trail — violated the law.

The possibility of resuming Migrant Protection Protocols or MPP — one of former President Donald Trump’s most contentious immigration policies — even while trying to soften it, has angered advocates who expected Biden to offer a more welcoming system for migrants.

“One of his campaign promises was to end MPP. He did that. He should stand by that,” said Marielena Hincapié, executive director of National Immigration Law Center. “The answer is not to simply find a gentler, kinder MPP 2.0. That completely flies in the face of his promise.”

Ever since the Supreme Court rejected the administration’s request to keep the program inactive while efforts to end it continued in a lower court, immigration attorneys and activists have been lobbying the Department of Homeland Security to issue a new memo to try to end the program, according to the people.

In a statement last week, DHS indicated it would appeal the ruling in the courts but did not mention trying to end the program a second time using different reasoning.

“DHS has appealed the district court’s order and will continue to vigorously challenge it,” it said. “As the appeals process continues, however, DHS will comply with the order in good faith.”

Administration officials have declined to share specific plans for the future of the program, however, leaving those seeking asylum at the southern border in limbo once again.

Already, Biden has continued to turn away most of the migrants encountered at the border, including single adults, because of pandemic-induced restrictions. He is making exceptions for unaccompanied children and some families, who could be impacted by any new policy to wait in Mexico.

“The most frustrating part of the last eight months has been just the constantly changing policies and situations on the border, particularly for the asylum seekers because they’re on the other side thinking that … ‘if we wait, Biden is going to eventually open up the ports of entry and allow us in,’” said Robyn Barnard, senior advocacy counsel for refugee protection at Human Rights First.

DHS and the White House did not respond to questions. But last week, White House press secretary Jen Psaki told reporters at her daily briefing that the administration would do what the court ordered.

“Our point of view continues to be that this program was not implemented in a moral way,” she said. “It was inefficient. It used [Customs and Border Protection] resources. It led to a backlog in the system. And it is fundamentally a program we have opposed, but we are also abiding by a court order.”

Biden promised to quickly overturn Trump’s restrictive immigration policies but has been thwarted by a reluctant Congress, a cumbersome regulatory process and numerous legal challenges. In some cases, he has been slow to act.

MPP was an exception. After denouncing the program on the campaign trail as being “dangerous,” “inhumane” and “against everything we stand for as a nation of immigrants,” he moved quickly as president.

On his first day in office, DHS announced that it would halt new enrollments. In February, it said it would gradually let in migrants with active cases who had been forced to wait in Mexico.

But the states of Texas and Missouri sued over the repeal. U.S. District Court Judge for the Northern District of Texas Matthew Kacsmaryk, a Trump appointee, said the Biden administration had failed to comply with legal requirements to consider all relevant factors before halting the policy. He ordered it on Aug. 13 to start “good faith efforts” to resume the program within seven days and to file monthly reports detailing those efforts, starting in October.

Trump said he implemented the policy in 2019 to try to deter migrants from coming to the U.S. and prevent them from failing to show up at immigration hearings after being released to live in the U.S. But critics of the policy said it put migrants’ lives in danger by requiring them to wait in border cities plagued by gangs, drugs and violence.

Erin Thorn Vela, an attorney at the Texas Civil Rights Project, which filed suit over the policy on behalf of asylum seekers with disabilities living in Mexico, said the Biden administration is misguided if it believes it can make the program “humane” or “just.”

“The incredible damage that waiting in northern Mexico does to people, the insecurity, the access to lawyers, the abysmal inhumane conditions that people live in,” she said. “There’s no way that that can be delivered on. And I think they know that.”

Administration officials are considering whether to limit MPP to a small population — though it’s unclear who would be in the group — and to offer better living conditions in Mexico and access to attorneys.

But advocates are lobbying Mexico not to allow the U.S. to restart the program. “As a sovereign nation, Mexico has the right to reject the reinstatement of [the Migrant Protection Protocols] program or any future iteration of this policy that aims to externalize the U.S. border into Mexican territory,” according to a letter sent to President Andres Manuel Lopez Obrador by dozens of advocacy organizations.

Michael Tan, deputy director of the ACLU’s Immigrants’ Rights Project, which sued the Trump administration over the original program, said it’s “troubling” that the administration is considering restarting a program that violates immigration laws due to a lack of authority from Congress.

“In our view, that’s completely unacceptable. It’s illegal,” he said. ‘’What the administration should be doing — and hopefully is already doing — is working on a new memorandum that responds to the concerns of the district judge in Texas, and terminates the program again.”

Tan said the ACLU is waiting to see what the administration does before deciding how to proceed with its lawsuit.

Josh Gerstein and Sabrina Rodríguez contributed to this report.