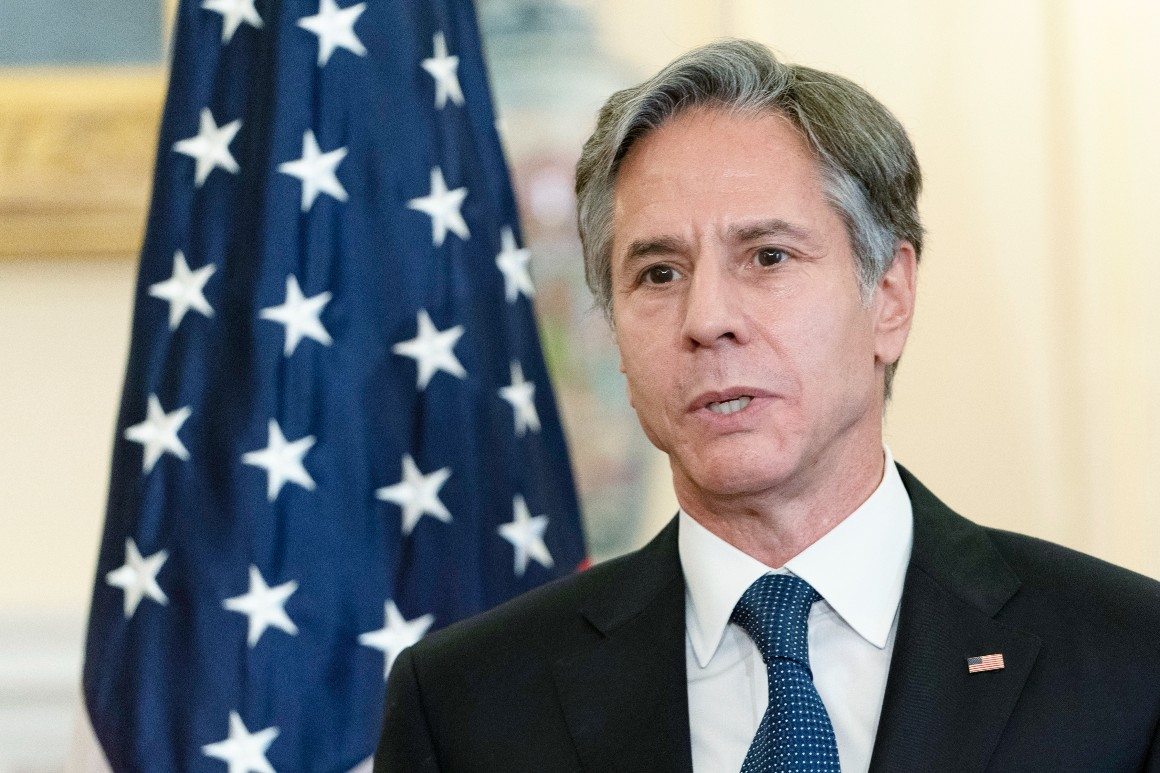 Secretary of State Antony Blinken on Monday vigorously defended the Biden administration’s decision to withdraw all U.S. troops from Afghanistan and his agency’s handling of the chaotic and deadly evacuation mission from the war-torn country, arguing that the president “inherited” a disaster-in-the-making from Donald Trump.

In testimony before the House Foreign Affairs Committee, Blinken said the U.S. is committed to evacuating the 100 or so Americans who still want to leave the country. But he declined to say whether the U.S. will be able to evacuate the thousands of Afghan allies who applied for visas and who are at risk of retribution from the Taliban.

“We inherited a deadline. We did not inherit a plan,” said Blinken, who is no stranger to congressional oversight, having previously served on then-Sen. Joe Biden’s staff when the Delawarean chaired the Senate Foreign Relations Committee.

Blinken said the Biden administration was handcuffed by Trump’s agreement with the Taliban, which in part reduced the U.S. troop presence to 2,500 by the time Biden took office. With the Taliban continuing its “relentless” military campaign regardless of that agreement, Blinken said, Biden “immediately faced the choice between ending the war or escalating it.”

“Had [Biden] not followed through on his predecessor’s commitment, attacks on our forces and those of our allies would have resumed and the Taliban’s nationwide assault on Afghanistan’s major cities would have commenced,” Blinken said.

Several Democrat-led congressional committees are already investigating the withdrawal, a dynamic that threatens to complicate Biden’s effort to sell the pullout as necessary and the subsequent evacuation operation — which resulted in the airlift of more than 120,000 people — as a success.

While Republicans zeroed in on the recent events that led to the fall of Kabul, Democrats sought to broaden the scope of the hearing to include an examination of the mistakes made under presidents of both parties for nearly two decades.

“We are seeing domestic politics injected into foreign policy,” Foreign Affairs Chair Gregory Meeks (D-N.Y.) said of Republicans’ criticisms of the Biden administration’s Afghanistan withdrawal. Meeks added that the committee will hear from officials from the Bush, Obama and Trump administrations, too.

The State Department has already acknowledged that thousands of Afghan allies who applied for Special Immigrant Visas (SIVs) were left behind, in addition to several hundred Americans, when the final U.S. troops left Afghanistan on Aug. 31. (Some of those U.S. citizens have since been evacuated from the country.)

Lawmakers from both parties had criticized the Biden administration for not starting the evacuations of those vulnerable Afghans sooner, in particular the SIV applicants and their families. Many of them served as translators and interpreters for the U.S. military throughout the war.

That delay forced a scramble inside the U.S. government, with Biden sending more than 5,000 troops to secure the main airport in Kabul, where the U.S.-led evacuation mission was headquartered.

Blinken said U.S. diplomatic staff began urging Americans to leave Afghanistan as early as March. Still, Biden acknowledged last month that “this did unfold more quickly than we had anticipated,” but argued that the rapid collapse of the Afghan government showed that it was the “right decision” to leave Afghanistan.

“There’s no evidence that staying longer would have made the Afghan security forces or the Afghan government any more resilient or self-sustaining,” Blinken said. “If 20 years and hundreds of billions of dollars in support, equipment, and training did not suffice, why would another year, or five, or 10, make a difference?”