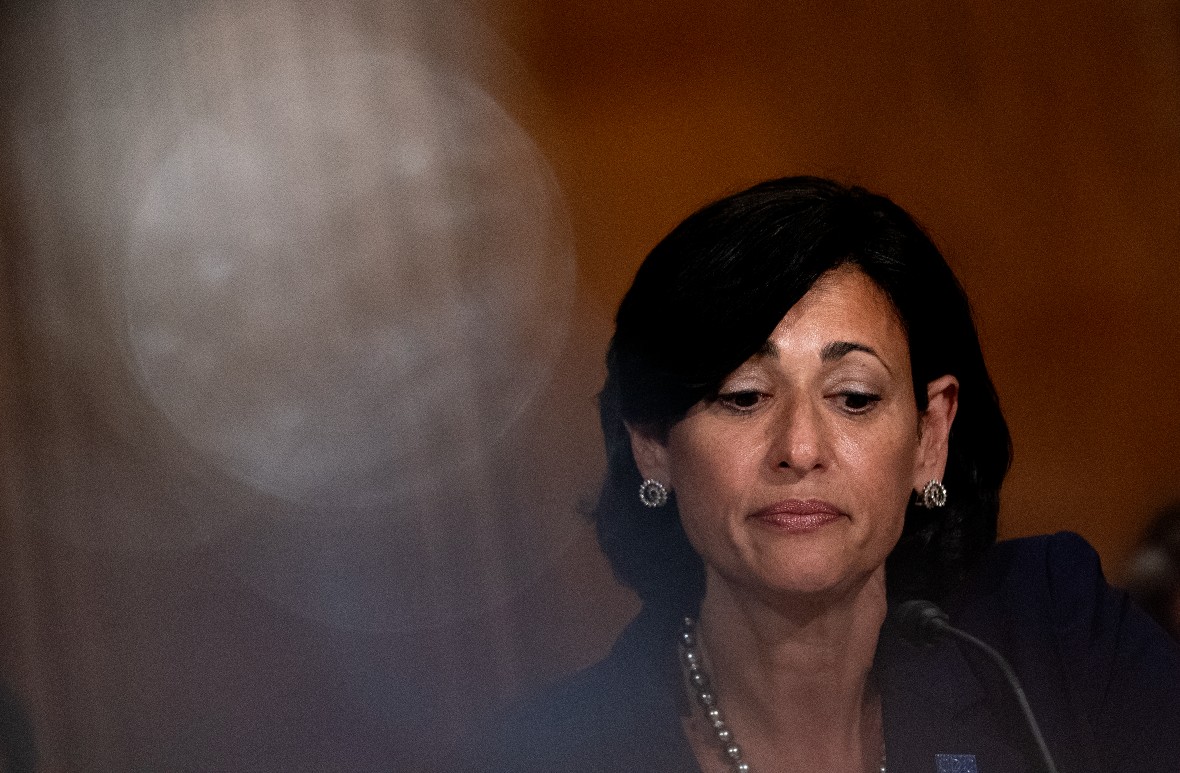 Staff at the Centers for Disease Control and Prevention are increasingly reluctant to join the agency’s pandemic response team, citing debilitating burnout and fatigue after 19 months of fighting Covid-19.

CDC Director Rochelle Walensky is trying to build up the response team after paring it down last spring as part of a broader agency reorganization amid optimism the pandemic would ebb. But with the rise of the Delta variant, and projections that cases and hospitalizations could begin to rise again this fall and winter, Walensky is again asking agency staff to help — a plea many are spurning.

POLITICO spoke with five CDC officials, all of whom requested anonymity to discuss internal agency matters more freely. While the CDC has played a central role in the U.S. fight against Covid-19 for nearly two years, sources said the last several months have been particularly difficult. They described an intense summer marked by demands to digest complex data in record time as the government raced to update policies on vaccines, masks and travel in the face of Delta.

Many of the epidemiologists, scientists and statisticians on the CDC’s Covid-19 response team — which collects and analyzes Covid-19 data, drafts scientific reports and coordinates agency policy recommendations — have been putting in 15-hour days since the pandemic began. Some of its dozens of members are also continuing to work on non-pandemic topics.

“It’s been really difficult for people and with Delta, it just felt like we were back at the start of things,” one CDC official said. “And not everyone wants to work on the pandemic response because they know how crazy things are and what long hours they would have to pull. So that means that others who have already put in their time have to continue working.”

The CDC did not respond to a request for comment.

The reports of burnout highlight the extent to which the CDC is struggling to maintain productivity and morale at one of the most pivotal and confusing moments of the pandemic. They also raise questions about the agency’s ability to recruit qualified scientists and leaders to help handle the increased Covid-19 workload that health experts say will come when Americans begin to gather indoors for the holidays, driving up new infections. The agency is also expected to weigh in on the appropriateness of vaccines for young children and any expansion of the nation’s booster rollout.

In the meantime, the Delta variant is already causing devastating spikes in hospitalizations and deaths across an ever-expanding swath of the country. The Biden administration is grappling with how to contain the current outbreak and how to fend off potential future surges.

Senior health officials have in recent weeks debated various ways for the U.S. to protect itself, most notably by expanding the use of booster shots. The CDC sits at the center of that conversation, and the pandemic response team’s work is often used as the basis for major White House Covid-19 policy decisions. Officials inside the agency are in charge of gathering data on vaccines’ performance over time to help predict what the Covid-19 situation will look like in the weeks and months ahead.

State health departments are also asking the CDC for more help tracking and understanding Delta as well as breakthrough infections in vaccinated people. The CDC is under an unusual amount of pressure to not only help local officials across the country manage the spread of the latest, most transmissible variant, but also to provide the administration with greater clarity on whether and how it should prepare for additional spikes in cases.

Of particular interest to senior health officials is determining whether Covid-19 is here to stay and what policies and recommendations the U.S. government should develop to help Americans protect themselves in the long term.

While CDC officials said they know employees at other federal agencies are also struggling with the demands of fighting Covid-19 seven days a week, they said that pressure on their agency has ratcheted up as Delta has taken over. The White House in particular has pushed the CDC to increase the pace of their Covid-19 analyses, with an eye to how Delta may be changing the rules of the pandemic.

The agency has ramped up its studies on vaccine efficacy over the last two months in an attempt to guide the administration’s decisions on boosters. Several CDC officials, as well as two other senior administration officials, said the agency’s employees have felt pressure to collect, analyze and release data on vaccine performance before it was ready for publication, particularly in the race to meet President Joe Biden’s goal of giving out booster shots to most adults starting the week of Sept. 20.

The agency was once again the spotlight Friday as Walensky overruled the CDC’s vaccine advisory panel to endorse giving Pfizer and BioNTech’s booster shot to people with significant on-the-job Covid-19 exposure, along with the elderly, nursing home residents and younger people with health conditions that increase their risk of severe illness.

Another senior administration official familiar with the matter said the CDC has long struggled to share data with the rest of the federal government in a timely manner. The White House and federal officials working on the government’s Covid-19 response this summer pushed the CDC to share its domestic vaccine efficacy data so they could compare it to the data from Israel that showed the vaccine’s protection waning over time.

Henry Walke is the incident manager for the CDC’s Covid-19 response and also directs the agency’s division of preparedness and emerging infections. The pandemic response team he oversees draws from the CDC’s more than 20,000 employees and contractors.

In the spring, Walensky moved to consolidate several Covid-19 task forces under Walke’s leadership, including most of the groups working on vaccines. Walensky moved other officials off of the pandemic response team, including former top CDC respiratory official Nancy Messonnier, in an attempt to streamline the pandemic task force’s work. During the same period, Anne Schuchat, the CDC’s former principal deputy director, announced that she was retiring.

The reorganization came at a time when vaccinations were increasing sharply across the country and the administration was preparing to push reopening and a return to normalcy this summer.

Over the past two months, the agency has struggled to respond to Delta and is in the process of trying to staff task forces working under Walke. Senior officials inside the agency have recently sent notices internally asking for additional volunteers.

“I think it is going to take a while to find people who want to help and who have the ability to help right now,” another CDC official said. “We have to gear up for what is probably coming this winter.”