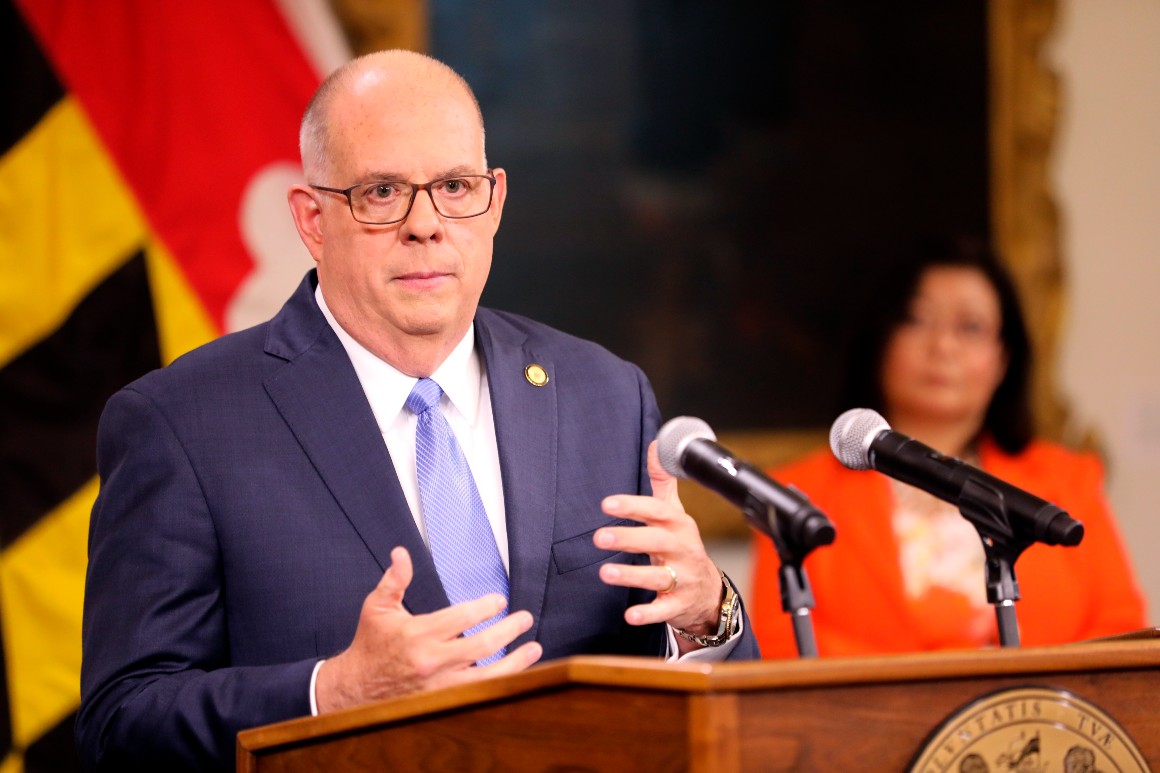 Federal public health officials are still wrestling with who should get Covid-19 booster shots and when, but that hasn’t stopped some states from moving ahead on their own.

President Joe Biden’s plan to roll out boosters for most Americans by Sept. 20 has sparked fierce debate about whether he’s getting ahead of the available scientific evidence and divided regulators and their outside advisers. And while the Food and Drug Administration is expected to authorize Pfizer and BioNTech’s booster shot in the coming days, it is not clear which groups would be able to get it. The agency’s independent vaccine advisory panel on Friday rejected a plan to offer the shot to people 16 and older in favor of a narrower proposal to provide shots to people over 65 and those at high risk of severe disease.

In the meantime, Maryland Gov. Larry Hogan, a Republican, earlier this month issued executive orders authorizing booster doses for anyone 65 and older living in congregate settings like nursing homes and drug treatment centers. “For several weeks now, states have had to operate without clear guidance from the federal government regarding these booster shots,” Hogan said in announcing the decision, calling the Biden administration’s messaging “confusing and contradictory.”

And on Monday, Colorado’s Democratic governor, Jared Polis, urged his state’s elderly residents to seek out third vaccine doses. “If you are 70, 80, if you have some weakened immune system, go ahead and get that booster today,” he said at a press conference, emphasizing that those who want the additional dose don’t need a doctor’s note.

The combination of aggressive state action and health experts’ pushback against Biden’s plan has amplified confusion about who needs boosters now, as the highly contagious Delta variant rips across the country. Some doctors are already recommending or administering boosters to patients outside of the small group of severely immunocompromised people who already qualify for the shots.

“Even for people like us who are following, we are confused,” he added, pointing to two career FDA scientists who signed onto an essay last week in The Lancet panning the case for offering boosters to the general population.

On Friday, FDA’s independent vaccine advisory committee voted against approving the Pfizer-BioNTech booster for Americans 16 and older, citing concerns about the quality of safety and efficacy data. The panel instead endorsed authorizing the shot for people 65 and older and those at high risk of severe disease, and later agreed through an unofficial straw poll the shot should be offered to health care workers and others exposed to Covid at work.

The focus now shifts to FDA, which had been poised to approve the Pfizer-BioNTech booster as early as this weekend. The agency is not bound to follow the recommendations of its advisory panel, but it could face severe public backlash if it okays widespread use of boosters in defiance of the panel’s actions.

The agency was already dealing with skepticism over the extent to which apparently waning protection from infection warrants boosting while most populations remain safe from severe disease, hospitalization and death. FDA also faces decisions on boosters from Moderna and Johnson & Johnson in the coming weeks.

The final step in the regulatory process for the Pfizer-BioNTech booster will come Wednesday and Thursday, when the CDC’s vaccine advisory committee will meet to weigh whether and how the doses should be administered. While FDA must give the regulatory go-ahead for boosters, the CDC panel determines how the shots are administered — which populations should get the shot first and how long after their second dose.

Top Biden administration officials have relied largely on data from Israel’s vaccination campaign, including its booster rollout, to drive their decision-making. An analysis published Wednesday in The New England Journal of Medicine found that boosters increased protection for people 60 and older for a few weeks, but the study did not look at effectiveness over a longer period. FDA scientists said last week the data from Israel was not by itself convincing evidence that boosters should be given.

But that hasn’t swayed state leaders eager for another weapon in the fight against the virus.

“We’re ready to go on the booster stuff as soon as we get the go-ahead,” West Virginia Gov. Jim Justice, a Republican, said Wednesday. The state is experiencing its worst surge yet, with no sign that new infections have begun to plateau or decline.

“I strongly, strongly encourage [FDA] to approve those and approve people to go that are six months out” from their last dose, Justice said. “We have many, many great West Virginians that are way beyond the six months out … and now we’ve got people that desperately, desperately need that booster shot.”

The White House told governors on a call last week that it expects to provide states with booster guidance by the end of next week, Arkansas Gov. Asa Hutchinson said Tuesday. Meanwhile, the CDC sent an email to states last week instructing them to hold off on offering boosters until “after FDA takes a regulatory action and ACIP and CDC make clinical recommendations for use.” 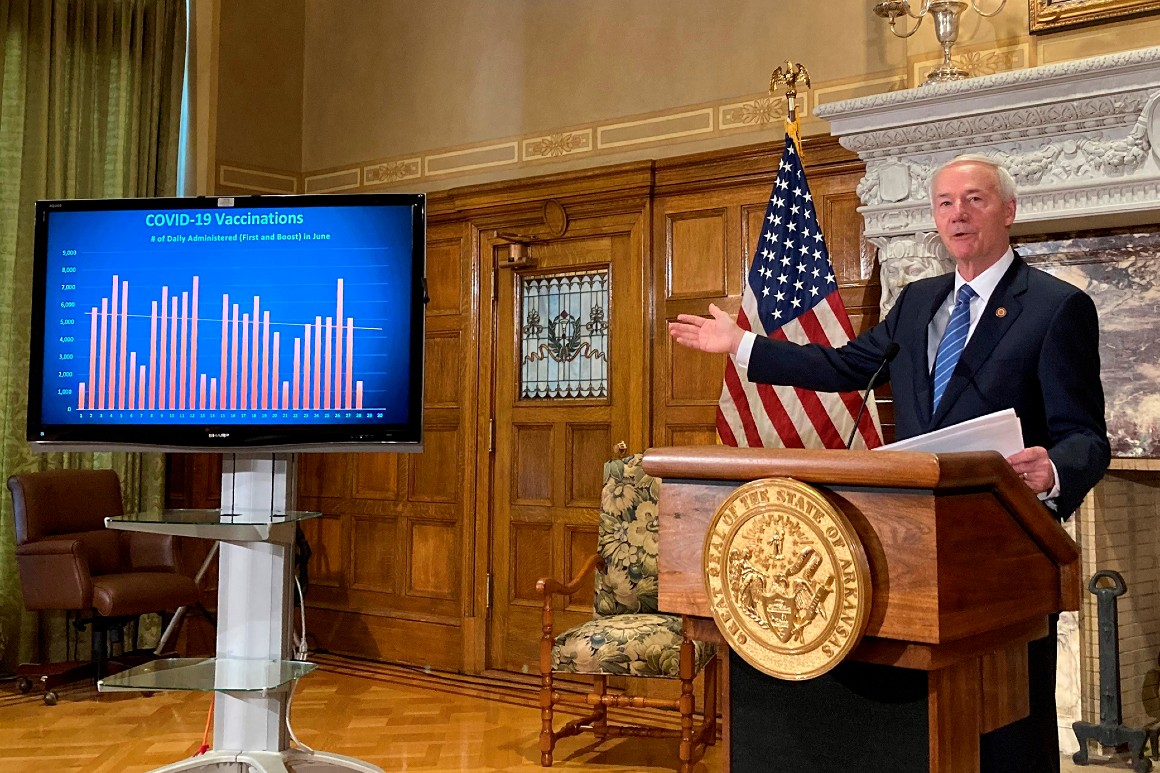 But Maryland’s Hogan isn’t waiting for federal action. He took the step of authorizing booster doses for elderly people in congregate settings based on data from antibody testing in August of more than 500 nursing home residents in the state. More than 60 percent “demonstrated some form of waning immunity over time” and as many as a third were now “particularly vulnerable,” he said.

Hogan’s announcement betrayed the confusion that swirled around boosters since the BIden team’s announcement last month. The Maryland governor incorrectly stated that CDC advisers had approved boosters with priority for nursing home residents.

Still, Hogan’s executive orders conspicuously avoid the term “booster,” instead directing eligible facilities to “offer the opportunity” of an “additional dose” of Covid vaccine to residents. Federal health officials’ approval in August of third doses for moderately to severely immunocompromised Americans who initially received either the Pfizer or Moderna vaccine allows them to self-attest to their eligibility, even though the CDC lists certain conditions for which it recommends patients receive another shot. None of them are based on age alone.

West Virginia sought permission from the White House to make the state a pilot site for early booster administration, Marsh told POLITICO, given the state’s unprecedented rate of hospitalizations and intensive care unit beds occupied by Covid patients. Federal officials were sympathetic, he said, but wouldn’t agree to leap-frog the regulatory process.

“It just came down to, ‘FDA needs to make that decision,’” Marsh said.

Hogan, Justice and Polis have touted data from Israel showing that a booster dose of the Pfizer shot reduces the rate of severe illness in older people by a factor of 20. Getting third doses into the arms of their residents, they say, will be critical to maintaining adequate protection against the virus as the highly contagious Delta variant tears through the unvaccinated population politicians are still trying to inoculate.

“This is really the next phase of adding an additional level of protection against the virus, both at the individual level — to give that person a higher degree of protection — but also at the population level,” Polis said Monday during a press conference.

“That also helps reduce spread,” he added, while noting the primary way to curb infection rates is for people to get their initial vaccine series.

Many public health experts have taken issue with Israel’s data, including the findings published recently in The New England Journal of Medicine. The authors tracked booster recipients 60 years or older until 12 days post-shot. They didn’t attempt to tease out whether waning immunity after initial vaccination is a product of time, as Pfizer contends, or of the emergence of Delta.

But for governors and state health officials, the situation on the ground is driving their push for Washington to move quickly.

West Virginia set records last week with 922 patients hospitalized with Covid as of Friday, 277 of whom are in ICUs. “We have seen a substantial rise in our all-time records, and we have gotten there 100 days faster than we did in our last surge in December,” Marsh said. 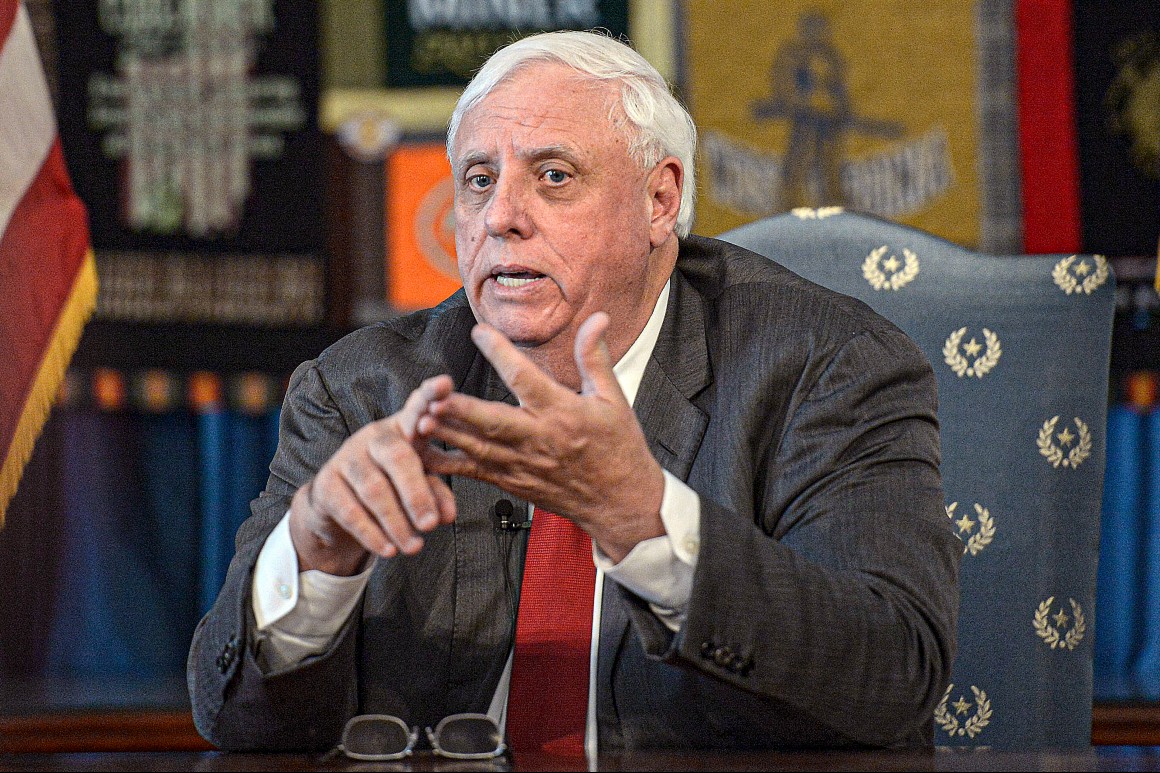 West Virginians typically are older and have more underlying health conditions, such as diabetes and heart problems, than other Americans, Justice said Wednesday, making them more susceptible to Covid’s worst effects.

“Our general public, we have been the target of this disease from the get-go,” Justice said, “and to protect us in every way that we can possibly protect us, I think absolutely if there’s any state out there that needs the booster for the general public, it’s probably us.”

Erin Banco and Dan Goldberg contributed to this report.