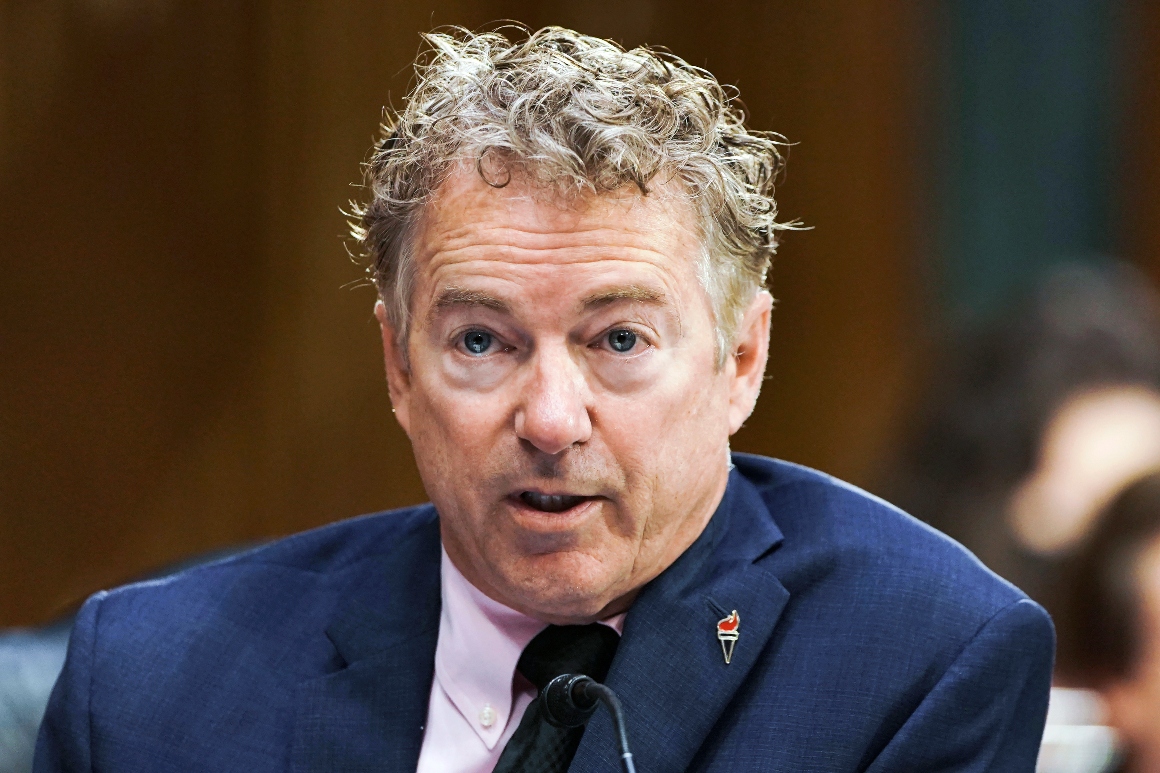 The Senate appeared on track Wednesday to prevent a government shutdown in less than 36 hours, as Democrats and Republicans wade through last-minute impediments to a stopgap funding bill’s speedy passage.

Despite lingering issues, the measure didn’t seem to be in immediate danger of tanking, with federal cash set to expire on Thursday at midnight. Sen. Rand Paul (R-Ky.), a notorious fiscal hawk, indicated that he wouldn’t object to quickly passing the continuing resolution, which would keep the government funded through Dec. 3. If the Senate passes the stopgap bill on Wednesday, the House could move quickly to approve the measure, as well.

“My sense is that we’ve got a lot of this worked out,” said Republican Sen. John Kennedy, whose hurricane-battered state of Louisiana would receive critical disaster aid through the bill. “I always thought we would get to this point.”

Remaining problems include Senate Republican concerns about emergency money to help Afghan refugees settle in the U.S. Specifically, GOP senators have issues with House-passed language that would make those refugees who pass a background check eligible for refugee benefits, a driver’s license or REAL ID card. There are also disagreements over funding for Israel’s Iron Dome missile defense system, which was nixed due to progressive objections but remains a priority for Senate Republicans.

Sen. Chuck Grassley of Iowa, the ranking Republican on the Senate Judiciary Committee, suggested that Democrats may have to remove the REAL ID language. “That’s kind of a problem for us,” he said, questioning Democrats’ decision to make the funding patch “controversial.”

“I just have a feeling that it ain’t too smart to shut down the government,” Grassley said.

Senate Minority Whip John Thune (R-S.D.) said time agreements on an “amendment or two” that Republicans may want to offer could cause the vote on the measure to slip to Thursday, less than 24 hours before a shutdown.

The rush to avoid a shutdown comes after Senate Democrats ditched a provision that would suspend the cap on how much the government can borrow, through December 2022. By extending government funding into the beginning of December without including the debt ceiling, Democrats are relinquishing the threat of a shutdown as leverage in their bid to convince at least 10 senators from the other side of the aisle to join them in voting to take action on the debt limit.

As the Treasury Department warns an economically catastrophic default could hit by mid-October, Democratic leaders plan to pass a standalone bill Wednesday afternoon to suspend the debt ceiling. It’s another messaging vote intended to paint Republicans as irresponsible and willing to endanger the global economy with a default on the nation’s debt.

House Speaker Nancy Pelosi chided about half a dozen moderates in a closed-door meeting on Wednesday morning after they initially threatened to reject the debt measure, which they see as a pointless political maneuver since Senate Republicans remain staunchly opposed.

The House bill to waive off the debt crisis is doomed on the other side of the Capitol, as evidenced by Senate Republicans’ move Monday night to reject a House-passed package that paired government funding and a debt limit suspension. The minority party again batted down an attempt to fast-track the bundle on Tuesday night, despite a push by Senate Majority Leader Chuck Schumer.

Republicans have refused to engage in any bipartisan action to lift the debt ceiling, with just weeks before the Treasury could run out of money. And Democrats, who are largely rejecting a one-party path that could prove grueling and time consuming, insist they will not buckle to GOP demands that they remedy the debt crisis through the budget reconciliation maneuver they are using to advance President Joe Biden’s social spending plan.

“The debt ceiling is not going to be increased through reconciliation, period. End of discussion,” Warren Gunnels, a top aide for Senate Budget Chair Bernie Sanders (I-Vt.), said Wednesday.

Because the Treasury Department expects the debt cliff to hit by Oct. 18, Democrats would need to start working out the logistics now if they are going to start down the arduous path of using the budget process to prevent the nation from defaulting on its loans next month. But Gunnels insists there is no need to game out that route.

“We’re not doing debt ceiling on reconciliation,” he said. “So those talks are not happening.”