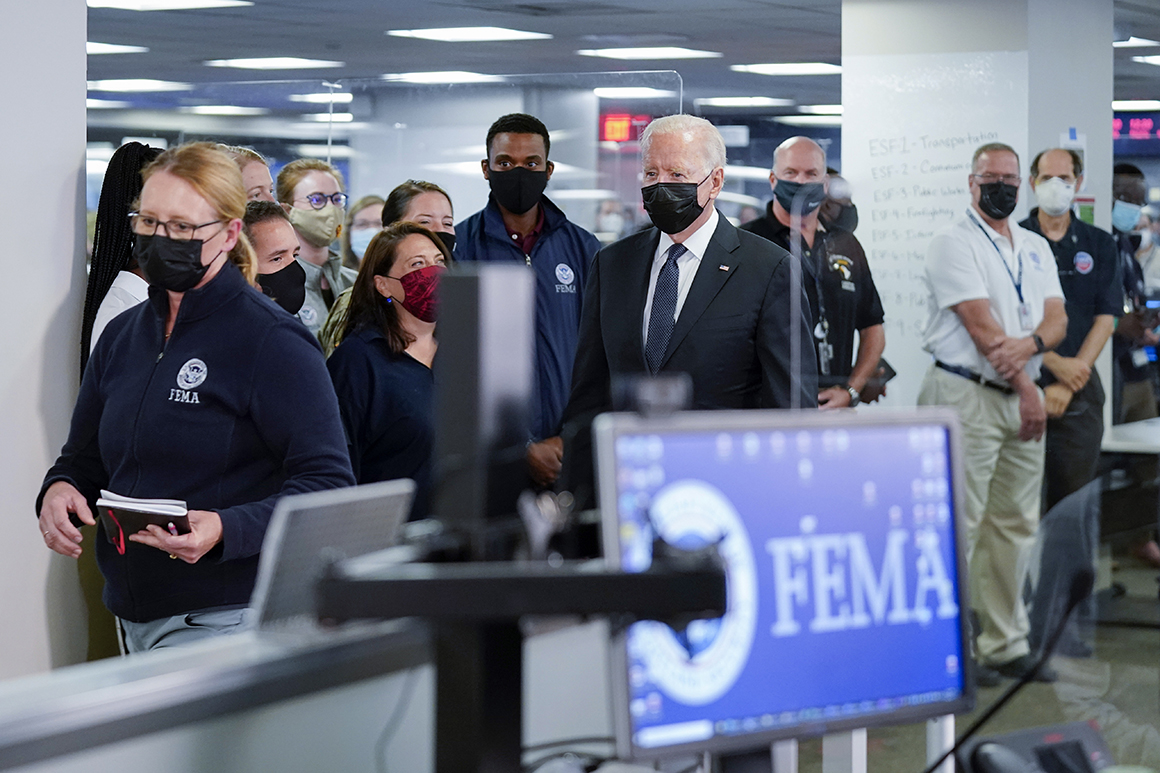 An unprecedented convergence of disasters is straining the capacity of the Federal Emergency Management Agency close to its limit, as it grapples with a historic wildfire season, devastation from Hurricane Ida and the surging Covid-19 outbreak.

Four senior administration officials told POLITICO they are concerned about the agency’s capacity to respond if — as feared — the current Covid surge spreads to more states this fall while the federal government is responding to natural disasters.

“Hurricane season is just beginning,” said one of the officials, who is involved with the administration’s emergency response system. “What happens if there is a major storm … and then there is another massive surge of cases?”

Of particular concern is whether the administration will tap FEMA to help run mass vaccination sites to administer booster shots this fall, the officials said. The military provides the majority of staff at such sites, but FEMA is the coordinating body. And while FEMA is providing medical help to hospitals in states overrun by the virus, it is not clear whether the agency will be able to meet rising demand for such aid in the coming weeks, the officials added.

In the meantime, FEMA also is running a $1 billion program to reimburse the funeral costs of families affected by Covid-19, helping to resettle Afghan refugees, and aiding communities ravaged by wildfires, hurricanes and flooding. 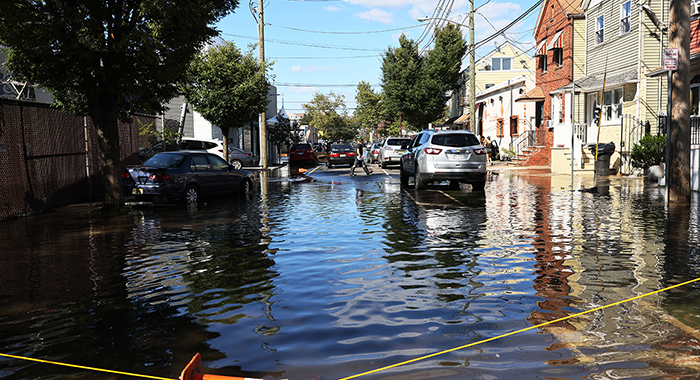 “If you look at the extreme rainfall events, they are occurring at a frequency that I have never experienced,” said Craig Fugate, the FEMA administrator during the Obama administration — citing just one of the agency’s current challenges. “For FEMA’s job, the response is busy, but it’s really the backlog of the recovery efforts that accumulates and that is difficult. With more and more disasters, the question then becomes when do you start making more investments to grow the human capital?”

Internal senior leadership briefings obtained by POLITICO show the disparate nature of FEMA’s activity across the country. The agency is responding to 64 major disasters nationwide, according to one of the documents. It has deployed thousands of personnel across 20 states to carry out water rescues and evacuations, deliver emergency supplies and help hospitals care for Covid-19 patients.

Jaclyn Rothenberg, a spokesperson for FEMA, said the agency “is capable of responding to multiple disasters at once,” and it is not at a point where it is rationing resources.

But there is growing concern inside the top echelons of the Biden administration that state governments’ dwindling capacity to continue responding to devastating natural disasters as well as spikes in Covid-19 cases could put more pressure on FEMA — and the entire federal government — in the coming months.

“It is really about looking at how battered some of these states are right now,” one senior administration official told POLITICO. “Some of these states are completely overwhelmed by requests from residents and are literally trying to save lives on a daily basis. The pandemic is complicating all of that. They’re going to need more help.”

The rapid pace at which disasters have emerged in recent weeks has challenged the agency, especially against the backdrop of a pandemic that is now more than 18 months old.

“I am looking at whether we could reach a point where federal capacity overall is stretched,” said Juliette Kayyem, a former assistant secretary at the Department of Homeland Security. “It is something that as you look to the future where we could get to a point where crises are not measured in 10 year cycles, but by 10 or 15 day cycles. And that will impact FEMA because they will need to make choices about the deployment of resources.”

The Caldor wildfire in California — one of dozens now burning in the West — has scorched close to 169,000 acres. Hurricane Ida wiped out entire communities in Louisiana before flooding large swathes of New York and New Jersey, spawning tornadoes and shutting down the New York City subway system. The storm killed 60 people and displaced thousands more, and left millions without power. And the Delta variant is driving up Covid-19 infections and filling hospitals in the Southeast and Pacific Northwest.

In the wake of those crises, FEMA has faced an influx of requests for help from across the country. It has mobilized thousands of its own staff along with military personnel and resources such as food kits, fuel tanks and monoclonal antibodies.

As of Monday, the agency was responding to four emergency disaster declarations in New York, Louisiana, Missouri and New Jersey after Hurricane Ida, along with wildfire-related emergencies in California, Washington and Oregon. And several states, including Louisiana, are now receiving FEMA’s help to cope with surges in Covid-19 cases, hospitalizations and deaths caused by the spread of Delta.

Other federal agencies, including the Centers for Disease Control and Prevention, are also helping states deal with Delta. Hundreds of federal officials are either deployed or working remotely for states such as Alabama, Missouri, Mississippi, Texas, New Mexico and North Carolina. Most of the on-ground support includes medical personnel — doctors and nurses — who are helping with patient care. The administration’s supply deliveries have included five mortuary trucks for Texas, 100 ventilators for Oklahoma and 50 ambulances for Louisiana.

Top federal health officials are expecting Covid-19 to surge in more states as schools and businesses open, two of the senior administration officials said. And it is possible that those worsening outbreaks will hit states also experiencing natural disaster emergencies, they said.

“That fall Covid peak could come right at the same time as hurricanes are rolling through,” one of the senior administration officials said. “The federal government has enormous capacity to handle those kinds of events. But I think we’re underestimating how much states might need more help, especially if we don’t get medical staffing back up to where it should be.”

In a call with reporters on Tuesday, the Biden administration acknowledged the fact that states are struggling to keep up with the various emergencies.

“States are having to respond to more frequent and intense disasters more frequently,” a senior administration official said. “We need to do more and help states recover from recent and ongoing natural disasters. They have many unmet needs.”