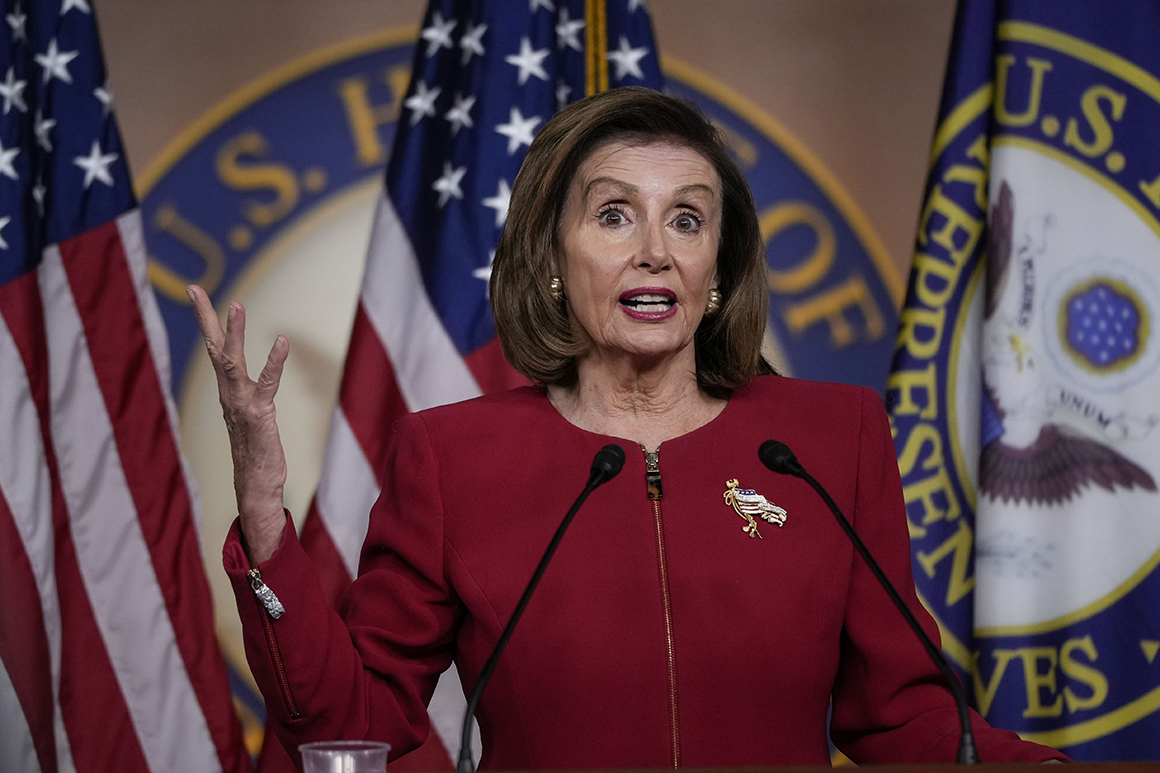 Hours after House Democrats launched a major, health care-focused piece of their pitch to turn $3.5 trillion of social spending dreams into law, it ran smack into a political brick wall.

The party’s growing problem is twofold: On one hand, the White House and Senate are keeping their distance from the House’s proposal to divvy up hundreds of billions of dollars between a progressive push for a massive expansion of Medicare benefits and a leadership-driven quest to permanently strengthen Obamacare. On the other, progressives who got a lot of what they wanted in draft legislation the House Ways and Means Committee released Tuesday night are still unhappy with colleagues who would rather use the party’s health care dollars on making expanded subsidies for Affordable Care Act coverage permanent.

The speed with which Democrats’ health care drama leaked from behind closed doors underscores just how bumpy the ride will be as they attempt, in just a few weeks, to muscle through the most expansive shakeup of the social safety net in decades.

Democrats on the Ways and Means Committee are set to begin considering a huge chunk of their party-line bill on Thursday, yet are already privately predicting they’ll end up getting strong-armed by the White House and Senate into taking the Medicare expansion championed by Sen. Bernie Sanders at the expense of the ACA.

And the angst on the left is more complicated than the typical progressives-versus-moderates dynamic — it’s the latest chapter in a long-running debate between those who want to focus on shoring up Obamacare and those who want to move toward a “Medicare for All”-style model. As both factions battle, the bulk of President Joe Biden’s domestic agenda is hanging in the balance.

“I’m not going to be quietly sitting on the sidelines and watching all the people eligible for Medicare treated royally and the people who depend on Medicaid be neglected,” House Majority Whip Jim Clyburn (D-S.C.) said, noting he’s made Biden aware of his preference for solidifying an Obamacare Medicaid expansion aimed at low-income Americans, including minority communities in red states like his. “I’ll stand up to anybody with that position. I don’t care who it is.”

On its surface, the health care clash pits Sanders, the Senate Budget Committee chair, against House Speaker Nancy Pelosi and her leadership team, who are leading the charge to shore up the Affordable Care Act. Yet its roots go deeper: Senate Majority Leader Chuck Schumer, who never signed onto Sanders’ Medicare for All bill, is in his corner for the current clash as the upper chamber digs in to defend its approach to the multitrillion-dollar social spending bill. Schumer touted a “robust and historic expansion of Medicare” to reporters on Wednesday morning.

While Pelosi and her allies also support the Medicare benefits — a senior Democratic aide noted that they’ve been part of the speaker’s drug bill for years — they and several outside advocacy groups are pushing the party to prioritize the populations most vulnerable to prospective GOP rollbacks of the health law.

On Wednesday, Pelosi publicly downplayed the battle, saying “both will be present; that’s not a problem.” But behind the scenes, the House leadership camp argues that taking away benefits from seniors on Medicare would be more politically difficult for a future Republican Congress.

Meanwhile, the House progressive camp wants to spend significant money on expanding Medicare to cover vision, hearing and dental benefits for seniors. But despite the massive size of Democrats’ bill, there’s not enough money in their pot to please everyone. Even the ambitious draft plan released by Ways and Means Chair Richard Neal (D-Mass.) Tuesday night, which a source close to the negotiations warned had not received White House or Senate buy-in, caused agita on the left.

That’s because the Ways and Means proposal wouldn’t fully phase in dental benefits until 2032. Progressives say they’ve already compromised enough, arguing that they’ve already backed down on Medicare for All and lowering Medicare’s eligibility age.

“We need to be 100 percent for universal health care, and we are so far from that today,” said Rep. Pramila Jayapal (D-Wash.), the Progressive Caucus chief who is pushing for Medicare to cover more people with more generous benefits. “We need to recognize that while the ACA did many good things, just providing subsidies to private insurance is not the way to move forward.”

The left’s disappointment extends beyond the pace of the dental benefits roll-out, though negotiations are ongoing. Only half the cost of major dental procedures would be covered — far less than the 80 percent some advocates had demanded. And many key expenses, like over-the-counter hearing aids, wouldn’t be covered at all.

Rep. Lloyd Doggett (D-Texas), who chairs the Ways and Means subcommittee that will begin marking up the legislation on Thursday, is concerned that the limited coverage previewed Tuesday would put the new dental benefits out of reach for low-income seniors.

“It’s false hope for poor people,” he lamented. “They won’t be able to use the service.”

But while skimping on new Medicare benefits may anger progressives, it frees up scarce dollars for shoring up Obamacare and expanding Medicaid to cover 2 million uninsured people in red states that didn’t expand their programs under Obamacare — top priorities for Pelosi and House moderates, as well as progressives like Doggett who represent states that have refused to expand Medicaid on their own.

House leadership argues that the enhanced Obamacare subsidies Congress approved in March, which are set to expire at the end of next year, have to be made permanent given the likelihood that a future Republican majority could refuse to extend them later on. ACA supporters point to the fact that the temporary Obamacare enhancements were a major reason why the rate of uninsured people didn’t soar when millions lost their jobs during the pandemic.

“I’m not going to pick among my children,” said Rep. Diana DeGette (D-Colo.), referencing the different Democratic health components of the social spending bill. “But we need to keep the ACA subsidies — that’s what is enabling millions of people to get health care coverage.”

The House committee markups that will last through this week and next won’t fully resolve the dispute. Not only does the full House still have to debate, amend and pass its bill, but the Senate — where Democrats have a much slimmer majority and a more centrist caucus that will likely chafe at the Ways and Means approach — will have its say in the coming months.

And the health care question is just one of many consequential policy battles Democrats will have to litigate quickly if they want to get the social spending plan to Biden’s desk this fall, as planned. The ambitious legislation will try to encompass everything from paid family leave to action on climate and an overhaul of the nation’s immigration laws.

But the mounting tension over health care goals is pushing leadership to investigate every option. Aides to Pelosi this week embarked on a long-shot search for more sources of revenue or savings in addition to the hundreds of billions of dollars expected from the bill’s bid to let Medicare negotiate the price of some drugs, according to two Democratic sources. If that pays off, it could allow more spending on both public and private insurance.

Yet most Democrats see inevitable and tough choices on how to spend the health care dollars on the table.

“I’m very much aware of the competing priorities here, and they’re all meritorious,” Doggett said. “But there’s clearly not enough revenue to do all that needs to be done.”