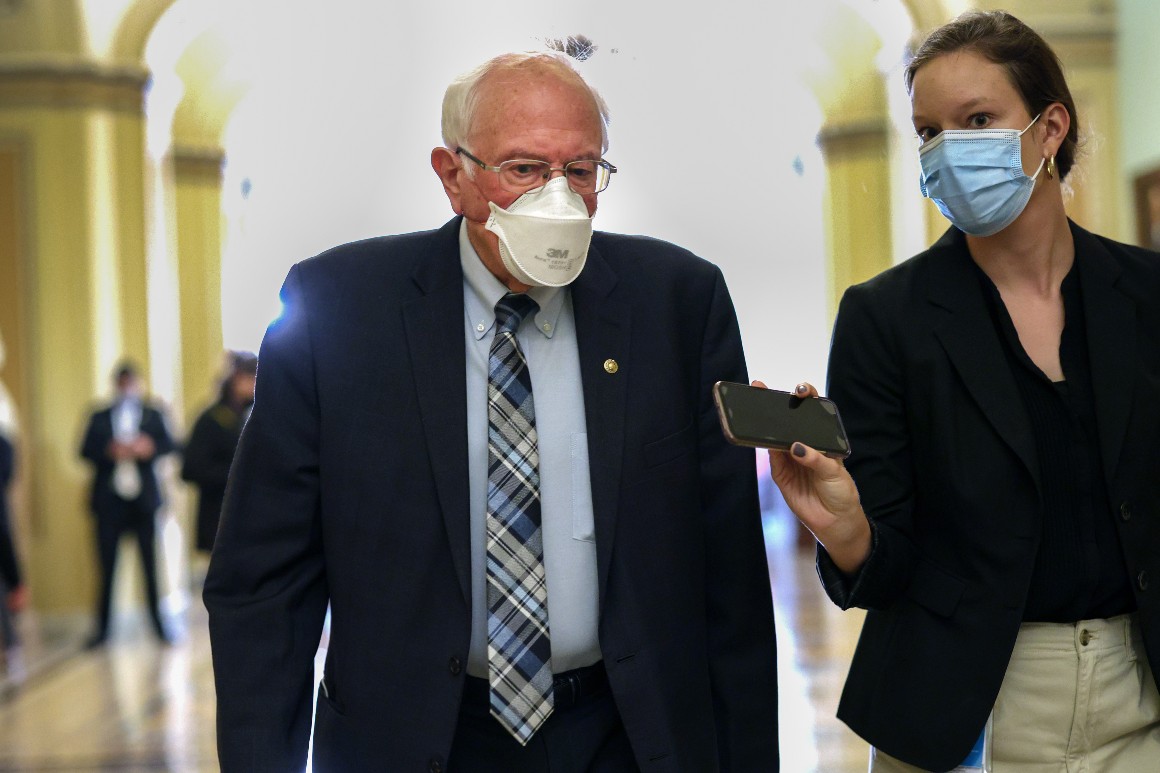 “If any member of Congress is not concerned that this could fall apart, they need treatment,” said Rep. Emanuel Cleaver (D-Mo.), who warned his party “will pay for it at the polls” if it fails in enacting Biden’s agenda. “Our caucus has the feeling of freedom to support or oppose leadership.”

Those headwinds threaten to sap the momentum from this summer, when Biden clinched a bipartisan infrastructure deal in the Senate and found support from all corners of his party for a budget setting up his sweeping spending bill. Now, Manchin is calling for a pause, moderates are resisting key components of the legislation and a new fiscal fight over the debt limit is heating up. 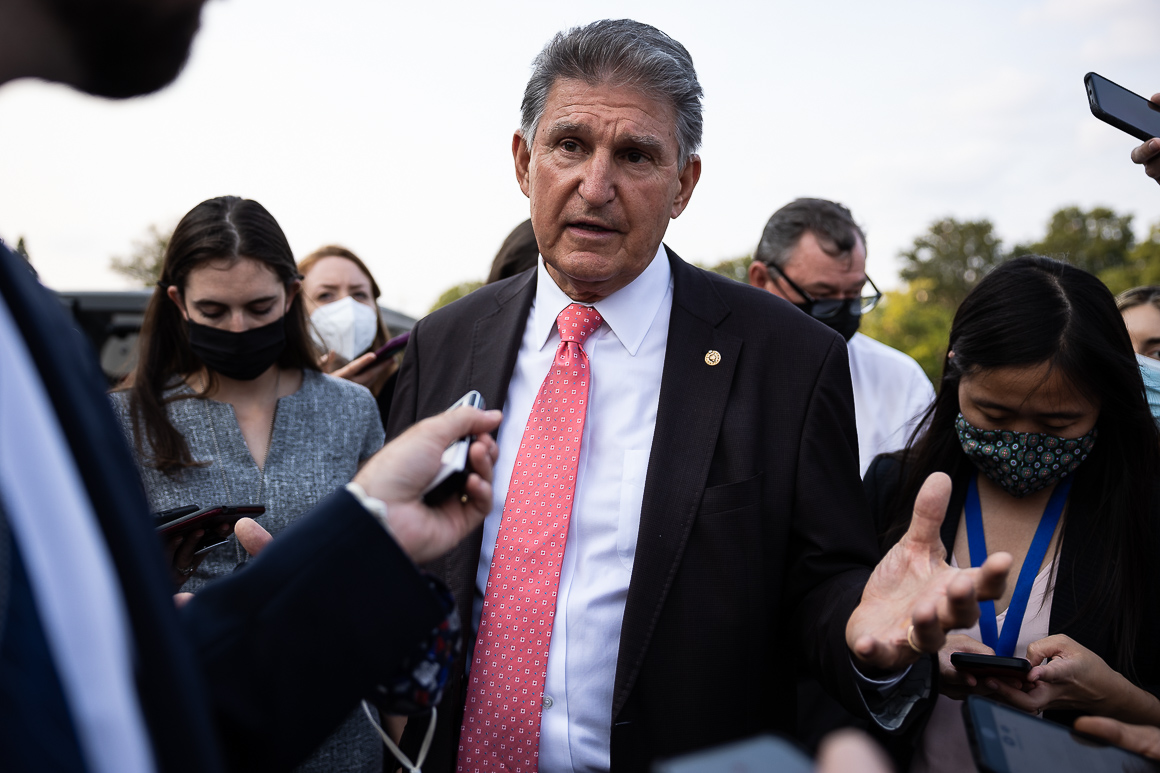 Those dynamics have Democrats essentially looking for an internal reset from a monthslong debate over Biden’s agenda that keeps publicly playing out through leaks, lines in the sand and fights over the topline number.

“I wish that we could all be more on the same page, in terms of timing, of the need to push the [American Families Plan],” said Sen. Mazie Hirono (D-Hawaii). “I’m hopeful we are going to have a meeting of the minds and not wait until next year … we better have a Plan B.”

The multi-problem pileup comes at a critical moment for the party and for Biden, who needs a legislative win amid slumping approval ratings. But though polls show much of his social spending bill is popular outside Congress, winning approval among Democrats’ slim majorities has been harder.

With a three-vote margin in the House and a 50-50 split in the Senate, Speaker Nancy Pelosi and Senate Majority Leader Chuck Schumer can’t afford to alienate either wing of their fractious party or else the chances for either of Biden’s signature domestic victories could evaporate all together.

Manchin has been the most outspoken Democrat, publicly asking for a pause on the big spending bill with inflation rising, but the West Virginian declined to lay out his thinking Monday night when asked just how long he wants his party to put the brakes on: “Let’s see if you understand English: not a word.”

It’s unclear exactly how many Democrats are siding with prominent House and Senate moderates. One centrist Democrat up for reelection next year, Sen. Maggie Hassan (D-N.H.), declined to say whether she’s comfortable with the $3.5 trillion spending number on Monday, or whether she agrees with pausing the legislation.

“We are at a critical moment,” said Senate Majority Whip Dick Durbin. “The total amount to be spent has to be negotiated with those who are questioning the $3.5 trillion. So, this is the key week.”

Democrats are broadly rejecting Manchin’s overtures to stall the social spending plan, arguing doing so is akin to killing the bill. If Democrats don’t keep positive momentum behind their effort to fight climate change, improve child care and raise taxes on the wealthy, they worry that the whole thing could fall apart.

“You can’t stop this process. If you stop it it won’t get started again,” said Sen. Ben Cardin (D-Md.). “You’ve really got to keep it moving, there’s no magic date, but as you get closer and closer to other deadlines, this one gets more difficult.”

For progressives, the dissension over a bill they see as vital for delivering on their party’s priorities is enough for some to weigh tanking the bipartisan infrastructure bill negotiated by centrist Democratic senators. Many on the left say they’ve already compromised by agreeing to a $3.5 trillion spending bill rather than $6 trillion or more proposed by progressive leaders like Sanders and Rep. Pramila Jayapal (D-Wash.).

What’s more, the party’s long-running goal of enacting immigration reform is now in major doubt, as there may be no path to including legal status in the reconciliation bill and bipartisan talks have repeatedly stalled out. Sen. Jon Tester (D-Mont.) acknowledged “the immigration stuff is a setback, but certainly not a death knell.”

And progressives have grown increasingly annoyed by what they see as grandstanding by Manchin and Sinema. Just as behind-the-scenes negotiations on the social bill get underway, one of the two prominent moderates keep blasting out statements that jolt the talks and stall what progress has been made, they say.

“I am very tired of it,” said Rep. Jamaal Bowman (D-N.Y.). “I don’t think they are making their decisions based on the needs of the American or even the people in their own state.” He added that they seem more motivated by “corporate interest.”

But Democrats close to the centrists say progressives are vastly overplaying their hand. A group of five to 10 House moderates have signaled to leadership that they would be willing to let the infrastructure bill fail rather than be held hostage by liberals over the broader spending bill. It’s a more attractive alternative to them than having to vote for painful tax increases to pay for an unrestrained social safety net expansion, according to a person familiar with the discussions. 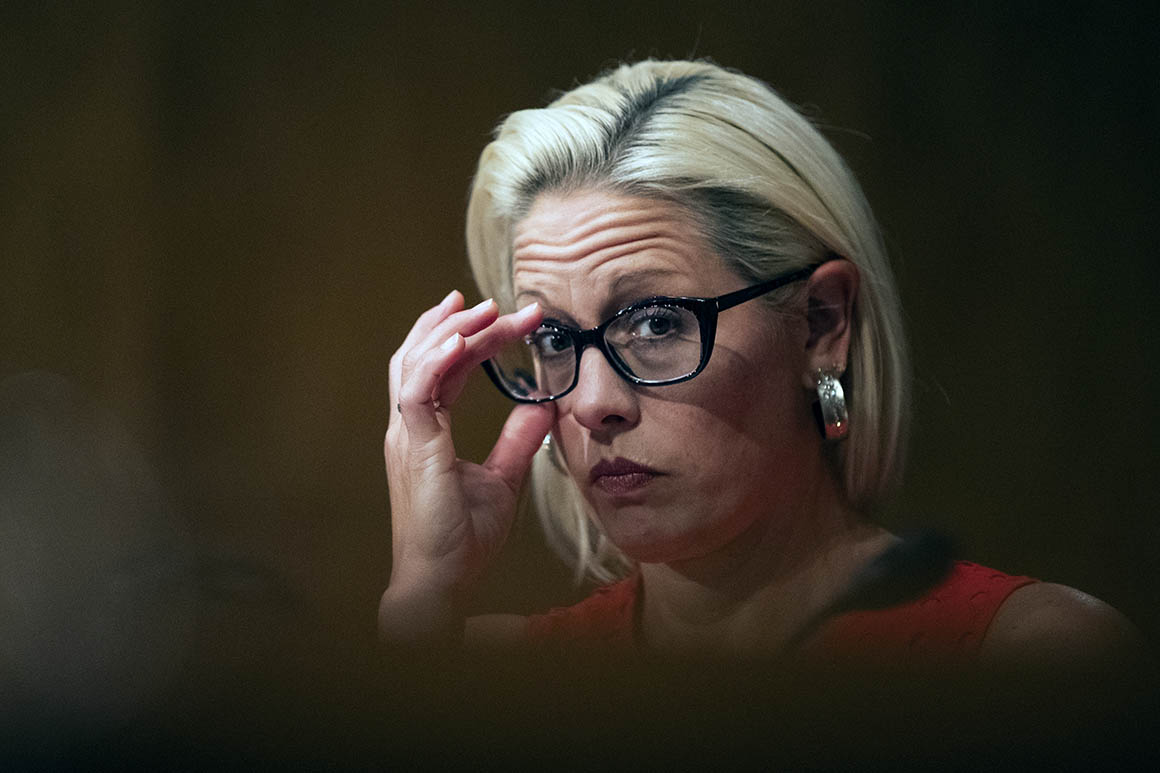 “I think it would be counterproductive to reconciliation,” said centrist Rep. Ed Case (D-Hawaii), speaking about progressive threats to tank the bipartisan bill without the broader spending plan.

“This fiction that linking the two bills will somehow enact leverage on the reconciliation side — I think it’s just that, a fiction.”

Despite the Democratic handwringing, a spokesperson for Biden said the administration is lobbying an array of members and “good progress is being made.

”The administration is “articulating the need to invest in families over big corporations at this crucial inflection point and ensure our economy delivers for the middle class,” said Andrew Bates, a White House spokesperson.

Meanwhile, progressives are not as united as the smaller, tight-knit band of House and Senate moderates that forced votes on the $550 billion bipartisan infrastructure bill in the Senate this summer and a commitment for one in the House next week. The Progressive Caucus has a sprawling membership that is unlikely to vote in lockstep — and may not have the oomph to tank the bill if House Republicans help pass the bipartisan legislation.

“There is absolutely a level where it’s not just something is not better than nothing, but something can actually do more harm,” said Rep. Alexandria Ocasio-Cortez (D-N.Y.) of the infrastructure bill. “That’s why we are holding firm on our line. …This isn’t just a flight of fancy.”

Sarah Ferris and Marianne LeVine contributed to this report.