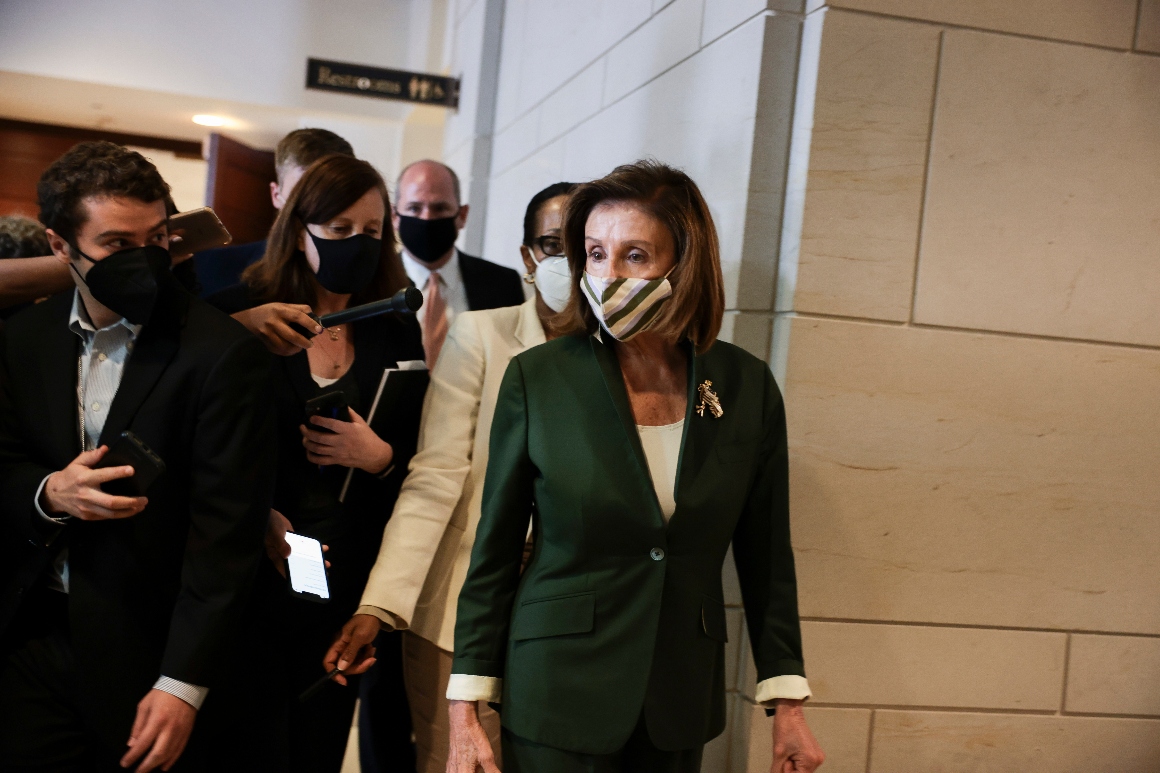 Congressional Democrats are proposing lifting the debt ceiling through the 2022 midterm elections as part of their plans to fund the government into December, leaders said on Monday afternoon.

But that measure, which is set for a House vote this week, faces an uncertain future as Senate Republicans remain unwilling to help Democrats neutralize the looming crisis over the nation’s debt limit when their party controls Congress and the White House.

The release of their short-term spending bill was delayed by several hours Monday amid internal deliberations. But Speaker Nancy Pelosi and Senate Majority Chuck Schumer confirmed Monday afternoon that they would pair the two must-pass measures in an attempt to force GOP leaders to blink in Congress’s latest fiscal standoff.

“A reckless Republican-forced default could plunge the country into a recession,” Pelosi and Schumer wrote in a joint statement Monday. “We look forward to passing this crucial legislation with bipartisan support through both chambers and sending [it] to the president’s desk in the coming weeks.”

Democratic leaders are sticking with their hardball tactics to pressure the GOP, still unwilling to publicly discuss possible alternatives to tackle the debt limit unilaterally. But those conversations are happening privately as the House returns Monday for the first time since mid-August, with just 10 days until the funding deadline and just a few weeks until a possible debt default.

“This isn’t just another partisan fight,” Schumer said on the floor after Democrats announced their strategy. “This isn’t about who can be more macho. … What one party is doing here, everyone knows is deliberately wrong.“

“Democrats will do the responsible thing and vote to extend the debt limit when the time comes,” Schumer said.

Democrats plan to vote on a stopgap spending bill through December, including billions of dollars in relief for hurricane-battered red states across the southeast and funding to help Afghan allies and partners. But the exact end date remains up in the air, with Pelosi and Schumer only saying that the funding would go through December. The bill text has not yet been released.

Democrats “do not need our help,” the Kentucky Republican said on the floor Monday.

Senate Republicans on Monday were circulating a clip of House Budget Chair John Yarmuth, with the Kentucky Democrat noting on MSNBC that Democrats can use the reconciliation process to raise the debt ceiling on their own, while passing trillions of dollars in party policy priorities without GOP support.

“Well, ultimately they’re going to have to vote for it or we’re going to have to have a vote and do it by ourselves,” Yarmuth said in the television interview. “We can do it through reconciliation. Leadership has said they don’t want to do that. The reason is, if we do that through reconciliation, we have to specify a number. That only leads to further chaos in a certain period of time.”

Republican leaders have insisted for months that Democrats control Congress and the White House, and therefore have the power to stave off a debt default on their own. But with such slim majorities in the House and Senate, many centrist Democrats aren’t comfortable with owning an upfront increase in how much money the government can borrow — likely the only action allowed by the special budget maneuver that the party is using to pass President Joe Biden’s social spending bill.

Republican fiscal hawks are reveling in the majority party’s indecision.

“This is gonna be a ball. I’m going to have so much fun,” Sen. Rick Scott (R-Fla.) said about the convergence of fiscal cliffs. All but four Senate Republicans have promised to oppose debt limit action, Scott noted, since Democrats have the power to unilaterally raise the borrowing ceiling along party lines using the filibuster protections of the budget.

The Florida Republican said it won’t be difficult for GOP senators to justify voting against a package that would fund the government, waive the debt limit and provide disaster aid. “Oh, it’s easy for me — balance the budget,” Scott said.

Democrats and the White House have indicated that they prefer a bipartisan debt limit suspension, which is akin to hitting pause on the critical issue. Both parties have been more apt to back a suspension in recent years, most recently in August 2019, when the Trump administration, Pelosi and then-Senate Majority Leader Mitch McConnell agreed to waive the debt ceiling for two years.

Democrats have stressed that Republicans are abandoning responsibility when it comes to the $22 trillion federal debt, which both parties have racked up, leaving Democrats to wrestle with a typically bipartisan issue.

“I absolutely believe Republicans should be a part of acknowledging how much they drove up the national debt,” said Rep. Pramila Jayapal (D-Wash.).

Treasury Secretary Janet Yellen has warned that her agency could run out of money as soon as next month, while other experts have estimated that Congress has until mid-November to act. Failing to raise the debt ceiling would create unparalleled economic chaos, roil financial markets, endanger the country’s credit rating, raise interest rates and more.

Yarmuth said he would rather raise the debt limit to an “extraordinarily large amount that we’ll never reach,” so that Congress can avoid the political brinkmanship that often surrounds the debt ceiling every few years.

Jennifer Scholtes and Burgess Everett contributed to this report.