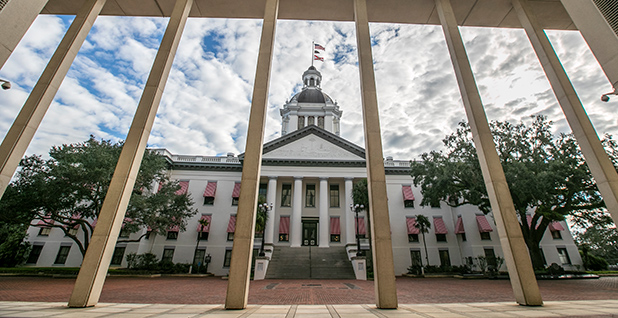 TALLAHASSEE — Florida Republicans this spring insisted a contentious new election law curtailing access to ballot boxes was needed to prevent electoral fraud. It was not, they said, an attempt to gain a partisan advantage.

But a raft of internal emails and text messages obtained by POLITICO show the law was drafted with the help of the Republican Party of Florida’s top lawyer — and that a crackdown on mail-in ballot requests was seen as a way for the GOP to erase the edge that Democrats had in mail-in voting during the 2020 election. The messages undercut the consistent argument made by Republicans that the new law was about preventing future electoral fraud.

The law — labeled “Jim Crow 2.0” by some Democrats — was passed at the strong urging of Republican Gov. Ron DeSantis, who signed the bill at an exclusive event aired by Fox News. It advanced even as local election officials, including Republicans, criticized the measure after running a trouble-free election in 2020. One official went so far as to call it “slap in the face” while one north Florida supervisor recently told DeSantis he was resigning at the end of this month in part to oppose “continuous changes” in election laws.

Florida was just one of several GOP-controlled states that enacted voting restrictions in the aftermath of former President Donald Trump’s loss and his unsubstantiated complaints about voter fraud, although it isn’t as restrictive as laws passed in Georgia and Texas. When debating the bill in the waning moments of this year’s legislative session, Republican Party of Florida chair and state Sen. Joe Gruters repeatedly said the bill would “make it as easy as possible to vote, and hard as possible to cheat.”

Gruters defended a Senate proposal to cancel all existing mail-in ballot requests, saying that it would be “devastating” for Republicans to keep them valid heading into the 2022 election when DeSantis and other state GOP officials are up for reelection. More than 2.18 million Democrats used mail-in ballots compared to 1.5 million Republican voters during the 2020 election where Trump easily won Florida. Part of that was due to the ongoing pandemic, as Democrats strongly encouraged voters to change their habits nationwide.

“We cannot make up ground. Trump campaign spent 10 million. Could not cut down lead,” Gruters wrote to Ingoglia, who had been chair of the Republican Party of Florida before Gruters.

Gruters (R-Sarasota) also said it would hurt the GOP in non-partisan races, noting that “our school board member got killed” in a local race. Gruters this week filed legislation that would ask voters to make school board races partisan.

The final election bill did not include the Senate proposal to cancel all requests. Instead, lawmakers voted to grandfather in existing requests. But over the protests of Democrats, the Republican lawmakers still shortened the time the requests would remain valid from two election cycles to one.

When asked about his text messages, Gruters said “what I said in my text message was accurate. I think the failure to do a reset will have a detrimental impact going forward.”

The emails and text messages obtained by POLITICO were handed over as part of an ongoing lawsuit by several groups — including the League of Women Voters of Florida — challenging the newly-enacted law that put in new restrictions on the collection of mail-in ballots and the use of drop boxes. The groups contend the new law illegally targets elderly and disabled voters, as well as minority voters. The National Republican Committee and the National Republican Senatorial Committee are helping defend the measure.

The groups challenging the law asked for the records to be turned over as part of their preparation for trial. POLITICO asked for copies of all records turned over by the House, Senate and governor’s office. These records included legislative drafts that are usually shielded from disclosure.

Included in the records were several emails between Ingoglia and Ben Gibson, an attorney for the firm of Shutts and Bowen who has been chief counsel for the Republican Party of Florida the last two election cycles. Gibson, an ally of DeSantis who the governor appointed to the State Board of Education, has also represented national Republicans in election-related lawsuits including the one challenging the new law.

Gibson recommended several provisions that made their way into the final legislation, although not all the ideas he shared with Ingoglia were included, such as one that would have given additional power to Florida’s secretary of state to investigate local election supervisors. At one point he provided a lengthy side-by-side of House and Senate bills that recommended which provisions should be kept and which ones should be jettisoned. Ingoglia downplayed his communications with Gibson.

In a text message to POLITICO, Ingoglia said, “I had an open door policy and listened to everyone. Some ideas we took, and many were discarded. The legislature wrote this bill. Any suggestion otherwise is not accurate. Ultimately I’m proud of what the Florida Legislature passed.”

Ingoglia also brushed aside the back-and-forth with Gruters. He said he was “very clear from the beginning” that allowing mail-in ballot requests to remain valid for two election cycles “was too long.”

“I was on record for this well before any text message was received,” Ingoglia said. “This was a policy decision all along and had nothing to do with partisan reasons.”

Democrats who sharply criticized the voting legislation said they were not surprised that it was drawn up with the assistance of a top Republican attorney.

“Unfortunately, I am not shocked,” said state Rep. Evan Jenne (D-Dania Beach). “Democracy is just a game to some.”

Democrats also made sure to consult outside groups as well while the bill was under debate. During session, Senate Democrats held a caucus meeting where a lobbyist and consultant representing civil rights groups encouraged Democrats to ask questions that could be used in a potential lawsuit.

State Sen. Annette Taddeo (D-Miami) said that if legislators wanted to improve Florida’s elections they would have relied more on local supervisors.

“If this was truly about democracy and integrity of elections we would be taking the advice of experts,” Taddeo said. “Clearly this shows this was partisan — where they were colluding to undermine democracy.”