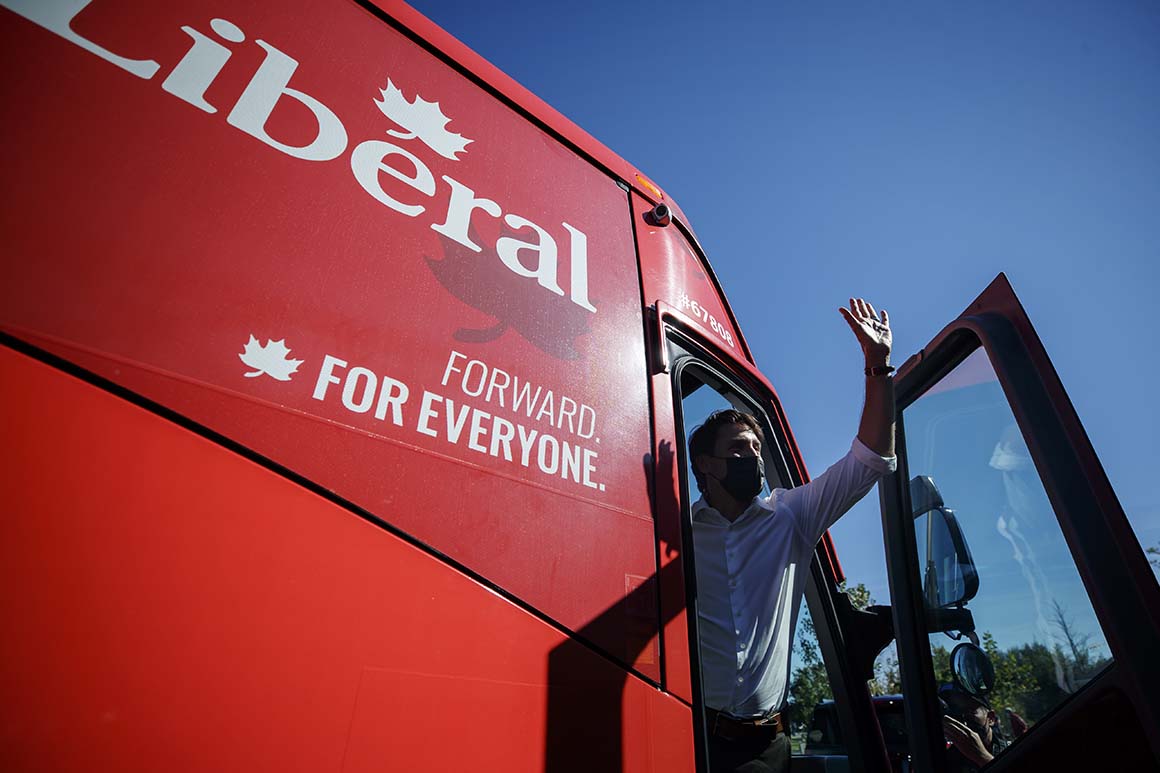 What Canada’s incumbent prime minister had expected would be an easy majority win risks returning him another minority government, inviting yet more questions about why he called an election in the first place.

Election day is Monday in Canada, though millions have voted in early polls or by mail-in ballot.

The likelihood Canadians will return the Liberal government to majority status is slim at this point, according to most public polls, but it’s not impossible. Conservatives also have a shot at ousting Trudeau in what’s turned out to be a race so close that the result will depend on parties’ get-out-the-vote efforts.

With 338 seats in the House of Commons in play, 170 is the magic number needed to secure a majority government. Here’s what you need to know about how this election could play out:

How is the prime minister chosen?

Canadians do not vote for a prime minister. They vote for an MP, a parliamentarian who belongs to a federal party but represents the constituents of a local riding in the House of Commons. And on general election night, there are 338 concurrent elections across the country.

Whoever leads the party that wins the most seats can become prime minister, in most scenarios. (We’ll get to this later.)

Who are the players for prime minister? 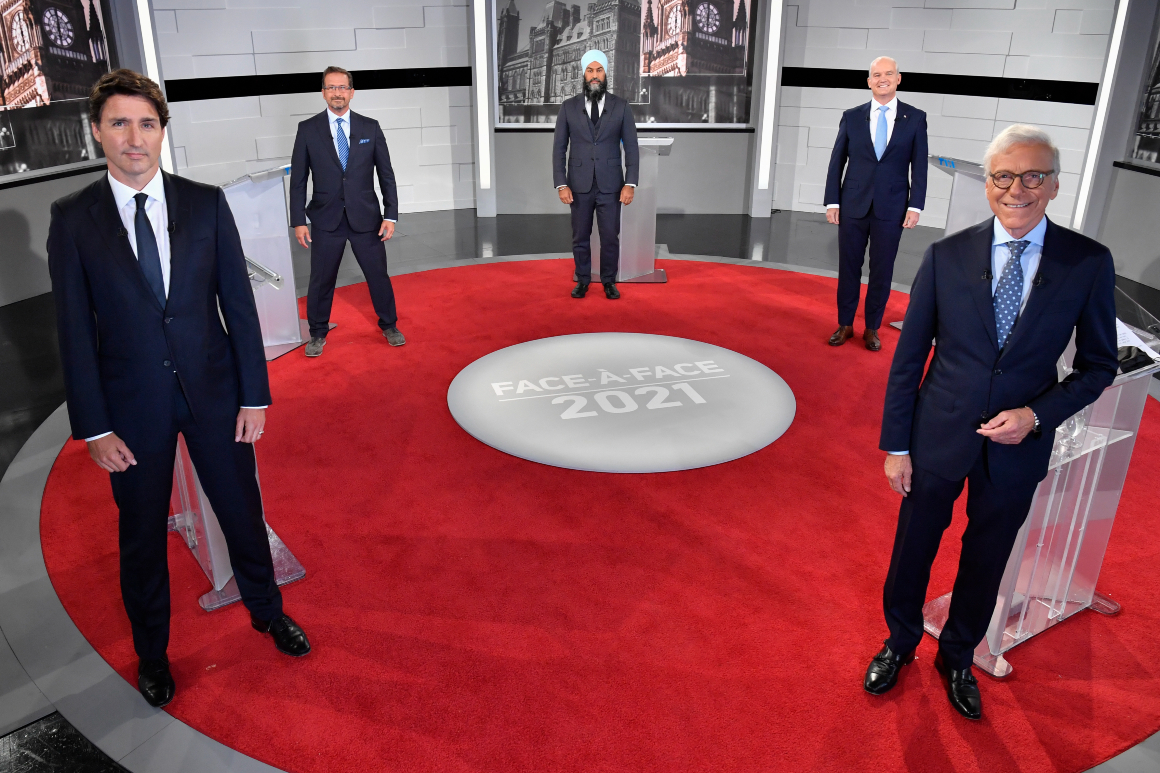 The frontrunners are Liberal Leader Justin Trudeau and Conservative Leader Erin O’Toole. Trudeau is the incumbent prime minister who was first elected in 2015 with a majority government and then reelected in 2019 with a minority. Americans might know Trudeau from the “bromance” he shared with Barack Obama. The former U.S. president tweeted an endorsement of his friend late last week.

Trudeau has led the center-left Liberal Party since 2013; O’Toole, a former air force navigator and corporate lawyer, has been leader of the centre-right Conservative Party only since 2020. They both lead the country’s largest parties, but aren’t the only contenders for Canada’s top job in its multiparty system.

Other candidates — including New Democratic Party Leader Jagmeet Singh, Green Party Leader Annamie Paul, and Bloc Québécois Leader Yves-François Blanchet — helm parties that can influence Liberal and Conservative votes. None of these leaders will be Canada’s next prime minister, but depending on results, they could hold the balance of power in a minority government.

Blanchet, as the leader of a regional party focused on Quebec nationalism, is focused on furthering his province’s interests in Ottawa.

Another party looking for a breakthrough is former Conservative cabinet minister Maxime Bernier’s People’s Party, whose grassroots movement has attracted controversy because its membership gives prominent anti-vaxxers profile and has been endorsed by far-right and white supremacy groups. Bernier’s party failed to win a seat in 2019 and has been targeting ridings in Alberta for this campaign — a region considered a Conservative bastion.

Why is this an early election?

Under law, fixed-term elections are to be scheduled every four years for the third Monday of October. Since the last election was held in 2019, the next one was expected in 2023, though the timing is the discretion of the prime minister and his ability to hold the confidence of the House of Commons.

Majority governments tend to govern their full four-year terms, but the prime minister can call an election anytime if the governor general approves their request. Minority governments historically last 18 to 24 months.

Trudeau has been leading a minority government since 2019, and on Aug. 15 triggered a vote in hopes of winning a majority.

He headed into the election with a favorable double-digit lead in most public polling after leading Canada through the shocks of a global pandemic. But that advantage slipped as soon as the campaign got underway, turning the 36-day election into a neck-and-neck race between the Liberal and Conservative campaigns.

How could it shake out?

Majority government: The ideal result for any government. Having a majority of votes gives a party an procedural advantage in passing government legislation through the House of Commons quickly.

Most polls suggest a Liberal or Conservative majority government is unlikely for this election, but only the parties have access to internal polling that give them better intel on where ridings will be won or lost. Surprises do happen.

In 2015, Trudeau’s Liberals vaulted into power from a third-party position, leaping over the federal New Democrats to sweep the previous Conservative government out of power. Canadians reelected Trudeau in 2019 with a weakened minority.

Under the Westminster parliamentary system, the government must retain the confidence of the House of the majority of MPs to continue governing. Legislation related to the government’s financial plan, such as budget implementation bills, need approval from Parliament. These votes are considered “confidence votes.”

If a government is defeated on a confidence vote, it falls. When a government falls, a process is set off for Parliament to be dissolved, which triggers a general election.

In order for a minority government to pass legislation, it must strike alliances and make agreements with opposition parties to get bills through the legislative process.

This scenario can lead to a more excitable Parliament — and can give some parties, who may be natural allies on certain issues, more leverage than in a majority situation. The Conservative party is disadvantaged on this front, without natural allies at the federal level.

But just because minority governments are inherently less stable doesn’t mean they haven’t made lasting policy impacts in Canada.

Liberal Prime Minister Lester Pearson’s back-to-back minority governments in the 1960s produced some of the country’s most consequential programs, from national health care to a federal pension plan.

Perks of being an incumbent prime minister: The prime minister remains in office unless they resign, die or until they get dismissed by the governor general.

One quirk of the Westminster system is if an opposition party wins a majority or minority, the incumbent prime minister technically gets first crack at governing by earning the confidence of the House.

Seat count is an important factor for this kind of chess. If the Conservatives win a strong majority, and it’s obvious Trudeau doesn’t have enough allies to mount a challenge, O’Toole becomes Canada’s next prime minister.

If it’s a Conservative minority government, convention gives Trudeau an option to consider making a deal with opposition parties to build a coalition with a plurality of seats to stay in office.

Coalition government: This situation is rare in Canada. It’s possible in a minority scenario.

Because Trudeau leads a minority government, whispers of a coalition government have been minimal because the official opposition, the Conservatives, are not ideologically aligned with other parties across the aisle. Another factor has been the pandemic. Cross-party support has been key to the passage of pandemic-related legislation, not ideal political timing to plot a coalition government.

Minority governments could strike a coalition deal with a party, or parties, to secure more support from MPs to govern with the numbers of a majority. There’s no timeline for when a coalition government can or cannot form.

A coalition of opposition parties can form any time in hope to defeat a government, sending Canada into an election.

If the Conservatives form government, the odds are higher for backroom coalition government negotiations because the Liberals, NDP, Bloc and Greens share some policy priority throughlines such as climate.

In 2008, opposition parties made a coalition deal to take down Stephen Harper’s Conservative government. Harper responded to the parliamentary crisis by proroguing Parliament, bringing an end to the coalition gambit.

Hung parliament: This, again, is a rare scenario — one that happens when no party holds a majority in the House.

Under the Westminster system, the incumbent prime minister gets the first chance to form a government. But if the incumbent finds no tenable way to govern, it’s up to them to resign and let the leader of the largest opposition party try finding a way to win the confidence of the House to form government.

If an incumbent prime minister refuses to resign to allow another leader to have their chance to form government, the governor general could step in to dismiss them. Another election could be triggered if confidence is tested in the House, and fails.

Why should Americans care?

It’s the economy, stupid! Every day, almost $2 billion in trade crosses between Canada and the U.S. — across a border that was closed to non-essential travel for almost 18 months during the pandemic. In fact, Canadian tourists are still not permitted to cross the land border into America. 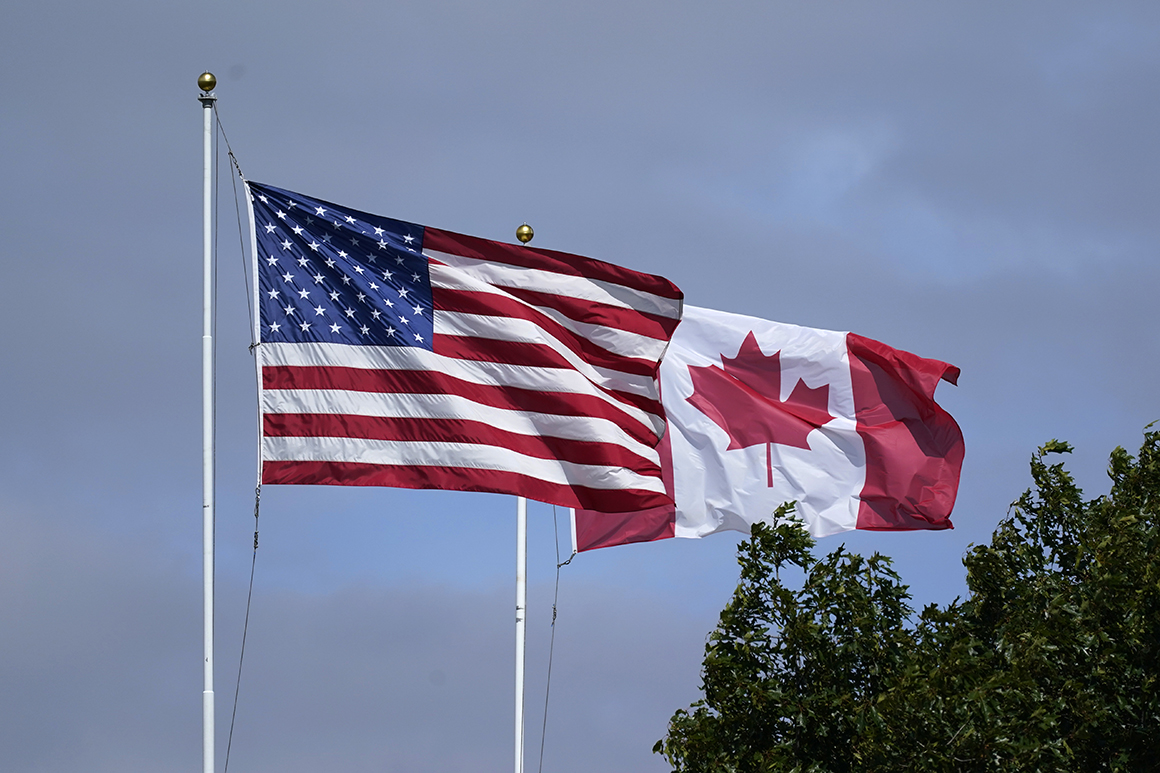 Obama and Trudeau were known to be close, but the relationship between the prime minister and former U.S. President Donald Trump was testy — though it did yield the United States-Mexico-Canada trade deal.

The Biden White House has pledged to work with Canada on shared priorities, which include fighting climate change, “encouraging the development of cross-border clean electricity transmission” to facilitate a long-term energy transition and more widespread adoption of electric vehicles. The development of a North American supply chain to alleviate dependence on China for critical minerals has been a high priority between the Biden administration and Trudeau government.

Despite the topic being essential for Canada’s economic interest, it has been missing in the election. Conservatives on the House natural resources committee signaled they would explore mechanisms to prevent Canada from being a “low-cost commodity supplier,” and move to cut red tape to move mining projects forward.

O’Toole says a Conservative government would work with “renewed and visible ambition” to refresh its relationship with the U.S.

He’s pledged to resolve the long-running softwood lumber dispute between the two countries and to work with the U.S. to strengthen supply chains for pharmaceuticals. The Conservative platform also pledges to take steps to join the Quadrilateral Security Dialogue, the alliance that includes the U.S., Japan, Australia and India.

When will an election call be made?

It depends. Election Canada has set expectations that it could take up to four days to count every ballot.

Election day is Monday and all non-special ballots are expected to be counted the same day. A special ballot includes mail-in votes and those cast by electors outside their home riding.

Mail-in ballots must arrive at Elections Canada’s Ottawa facility by Monday 6 p.m. local time to be counted. Any ballots that don’t meet that election day deadline will not be counted. More than 1.2 million special ballots have been issued, a record high that nearly doubles the number cast in the 2019 election.

Elections Canada has never used electronic voting machines or tabulators, such as ones made by Dominion Voting System, in its century of work. Each package needs to be opened by hand and verified, a process that can take up to 24 hours.

Party leaders will be scattered across the country at their election-night venues Monday in case a call is made in the night.

The counting of special ballots is expected to start Tuesday. According to Elections Canada, the “vast majority” of ballots will be counted by Wednesday.