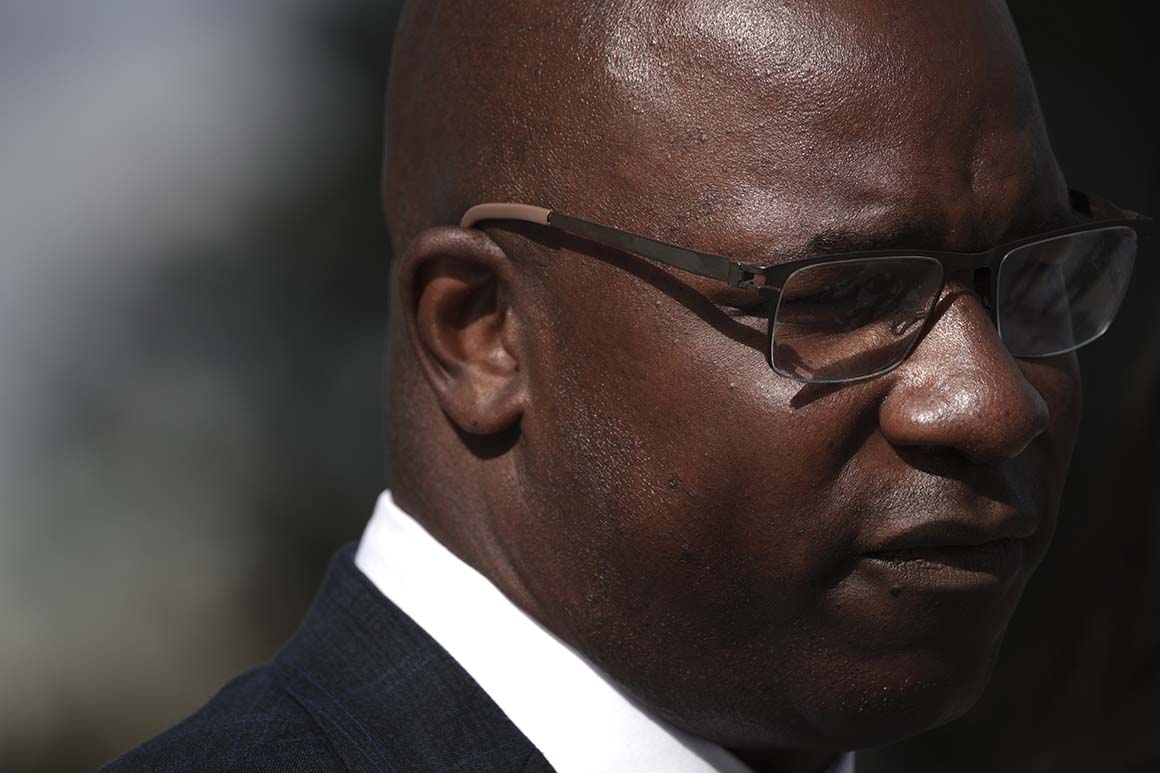 Immigration, voting rights, policing, gun control: Congress is filled with liberal hopes crushed by the reality of slim Democratic majorities. So progressives are digging in on what could be their last chance at success in years.

As Democrats race to pull together a multitrillion-dollar party-line social spending package, Speaker Nancy Pelosi’s left flank is pushing as hard as it can to see progressive priorities reflected. They’ve repeatedly vowed to tank a bipartisan infrastructure bill on the floor as soon as this week if they don’t see more movement — a strategic flex that reflects how many of their other goals have withered.

The party-line spending bill was always important to the left, designed as a once-in-a-generation expansion of the social safety net. But as other legislation vital to liberal lawmakers stalled or collapsed, thanks in large part to the threat of a Senate GOP filibuster, the social spending plan acquired outsized importance to progressives.

“Reconciliation is the ball game, at least this year. That and the infrastructure bill,” said Senate Majority Whip Dick Durbin (D-Ill.), describing his years-long push for enacting immigration reform as an “uphill battle.”

Liberals started this Congress with high hopes, thanks to full Democratic control of Washington for the first time in a decade. They also had a lengthy to-do list: a pathway to citizenship for many immigrants, a $15 minimum wage, new gun control laws, expanding voting, new standards for racial justice in policing and scrapping the legislative filibuster. But with no substantial progress on any of those priorities, the stakes for the social spending plan couldn’t be higher for the left.

As he drove into the Capitol on Friday, Rep. Anthony Brown (D-Md.) said he got an earful from an upset supporter who was pleased with the party’s progress on the spending plan, but wanted to see more progress on voting rights.

“He says, ‘Let me tell you, out here in the streets, Democrats are pissed,” Brown said. “We gave you the House, we gave you the Senate, you got the White House and people are not coming out to vote next midterm if we can’t demonstrate that we’re going to do everything.”

Democrats are vowing to push forward on as many policy changes as they can fit into their spending bill even as they face significant obstacles, both within the party and procedurally. Privately, some fear the party-line legislation could be their best shot at big wins not just this Congress, but for Biden’s whole presidency, with Republicans widely expected to gain control of the House after the midterms.

Biden and his Hill allies plan to achieve a huge chunk of his agenda through the enormous social spending plan now working its way through Congress, which includes massive investments in child care, education, family leave and health care. The bill — as currently drafted in the House — would be the largest ever passed by Congress.

Still, the Democrats’ sweeping package can’t take on Biden’s entire agenda: Because of Senate rules, the package can only include policies with a sufficiently significant fiscal impact.

“The President won the most votes of any candidate in American history running on his agenda, and he and his team are fighting for the whole of it every day,” said Andrew Bates, a White House spokesperson. “He’s undeterred by the obstruction of lobbyists for big-money interests or Republicans in Congress, and has always said that none of this would be easy.”

Senate Majority Leader Chuck Schumer and Pelosi have attempted to tack on immigration reform to that bill, but that effort faced a critical setback earlier this month when the Senate parliamentarian ruled against it. While Democrats are sorting through a “Plan B” to include immigration reform in the social spending plan, the ruling was far more expansive than many in the party expected.

It wasn’t Democrats’ only tough reality check this month.

“I’m sad. I think I’m past the point of being frustrated. And now I’m sad,” said Bass. “Because we promised people we were going to improve policing in the United States, and we did not do that.”

On voting rights, Democrats will soon undertake what looks like their last, longshot bid for a breakthrough. Schumer has vowed that the Senate will vote on an ethics and election reform bill that amounts to an intraparty compromise between Sen. Joe Manchin (D-W.Va.) and progressives. But the legislation has next to no support from Senate Republicans, let alone the 10 needed to break a filibuster — making final passage impossible without a change to Senate rules.

Progressives have long hoped that the push for the voting rights legislation would be the vehicle for getting rid of the filibuster, but those discussions don’t appear imminent, with some Senate Democrats wanting to delay a conversation about the chamber’s rules until after they wrap up the reconciliation package.

Other issues are on pause — or at least not front and center — at the moment. Earlier this year, Democrats sought to raise the minimum wage to $15 an hour using the so-called reconciliation process, but, like immigration reform, the Senate parliamentarian rejected the proposal. Sen. Jon Tester (D-Mont.), who participated in party discussions on the issue, said Congress could still act but “it’s kind of a moot point “ given that “15 bucks really is irrelevant now because the price of labor is higher.”

Meanwhile, Sen. Chris Murphy (D-Conn.) said he’s still talking with Senate Republican colleagues about a limited expansion of background checks for buying firearms but acknowledged the discussions are “slow in part because so many other issues have crowded our discussions.”

“There’s no doubt we will have a vote or a series of votes, but it obviously doesn’t feel like it’s happening in the next 30 days,” Murphy said. “It’s still possible and nobody’s walked away from the negotiating table but we probably need to get a little bit more urgency on our discussions.”

While Democrats insist that there’s always next year to act on their priorities, privately they recognize that the closer they get to the midterms, the less ability they will have to legislate.

“Time doesn’t end at the end of September, and we will continue to go forward. We can live to fight another day on some of those issues,” said Rep. Matt Cartwright (D-Pa.), a co-leader of the House Democrats’ messaging arm. “You have to look for your opening.”

But the angst among some progressives is palpable, particularly in the House where members have watched bill after bill fall to the legislative filibuster.

“It’s not just the White House or the Biden administration,” said a visibly frustrated Rep. Jamaal Bowman (D-N.Y.), a freshman. “It’s my colleagues in the Senate, the Senate Republicans. It’s all of Congress, man. ”