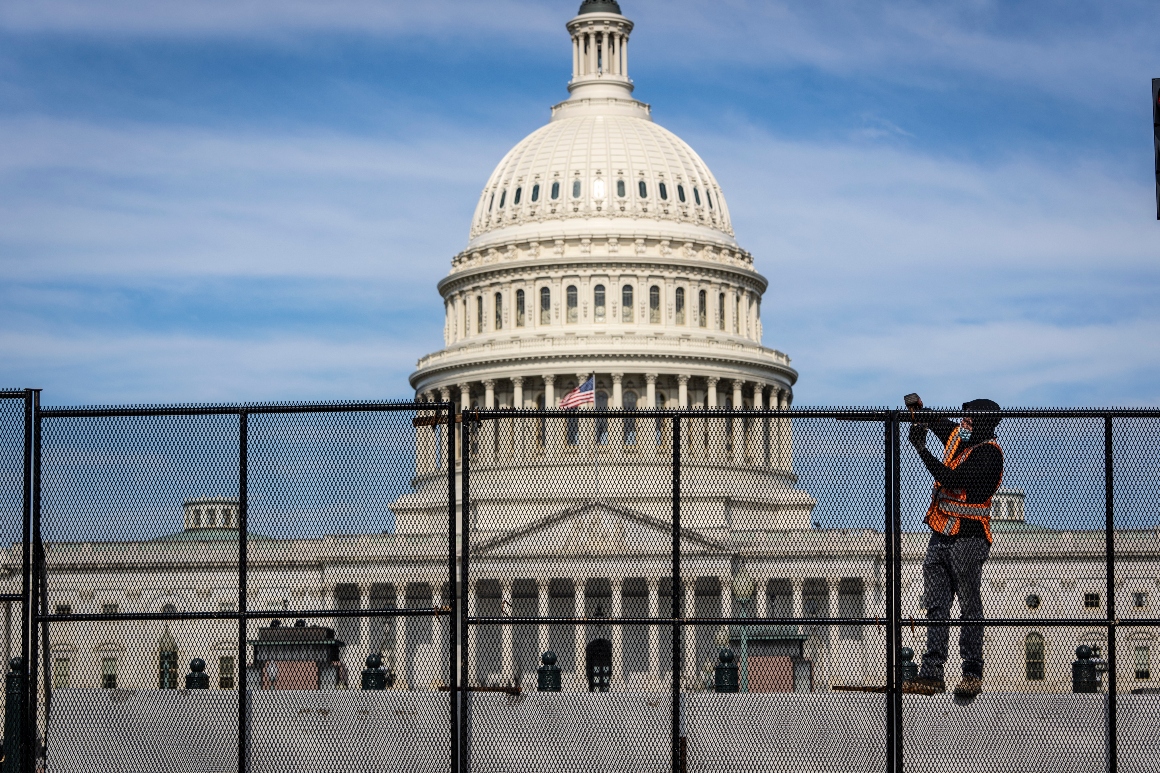 Capitol Police Chief Thomas Manger has recommended that fencing be put up around the Capitol amid concerns about a Sept. 18 rally to defend those arrested during the Jan. 6 attack, according to a source familiar with the department’s planning.

The Capitol Police Board has received the guidance and is expected to approve the fencing, according to the source.

Congressional officials have started to prepare for risks ahead of the so-called “Justice for J6” rally on Sept. 18, though no final decisions have been made on security at the Capitol. Manger briefed Rep. Zoe Lofgren (D-Calif.), who chairs the House Administration Committee, Wednesday afternoon, and Speaker Nancy Pelosi (D-Calif.) invited members of congressional leadership to her office for a briefing next Monday on the security preparations.

Matthew Braynard, a former Trump campaign official and organizer of the event, has dismissed the possibility of violence at the rally, but law enforcement officials are on high alert after the Capitol was breached on Jan. 6. Dozens of officers were injured when the pro-Trump mob stormed the complex, one officer died in the days after the attack and others died by suicide in the aftermath.

Since then, Congress has taken steps to improve its security. Both the House and Senate passed legislation at the end of July aiming to plug many of the security gaps exposed by the attack. The department’s own watchdog has issued a series of reports on failures and recommendations, retired Lt. Gen. Russel Honoré proposed security measures, and several congressional panels have also sought to investigate intelligence and other mistakes related to the attack.

The Capitol Police declined to comment on the specifics of security measures leading up to Sept. 18. The fencing was first reported by the Associated Press.

Lawmakers on both sides of the aisle had criticized the tall fencing installed after the Jan. 6 insurrection, arguing it closed off access to the Capitol, though some Capitol Police officers had supported the barriers’ construction. The fencing came down in the beginning of July.