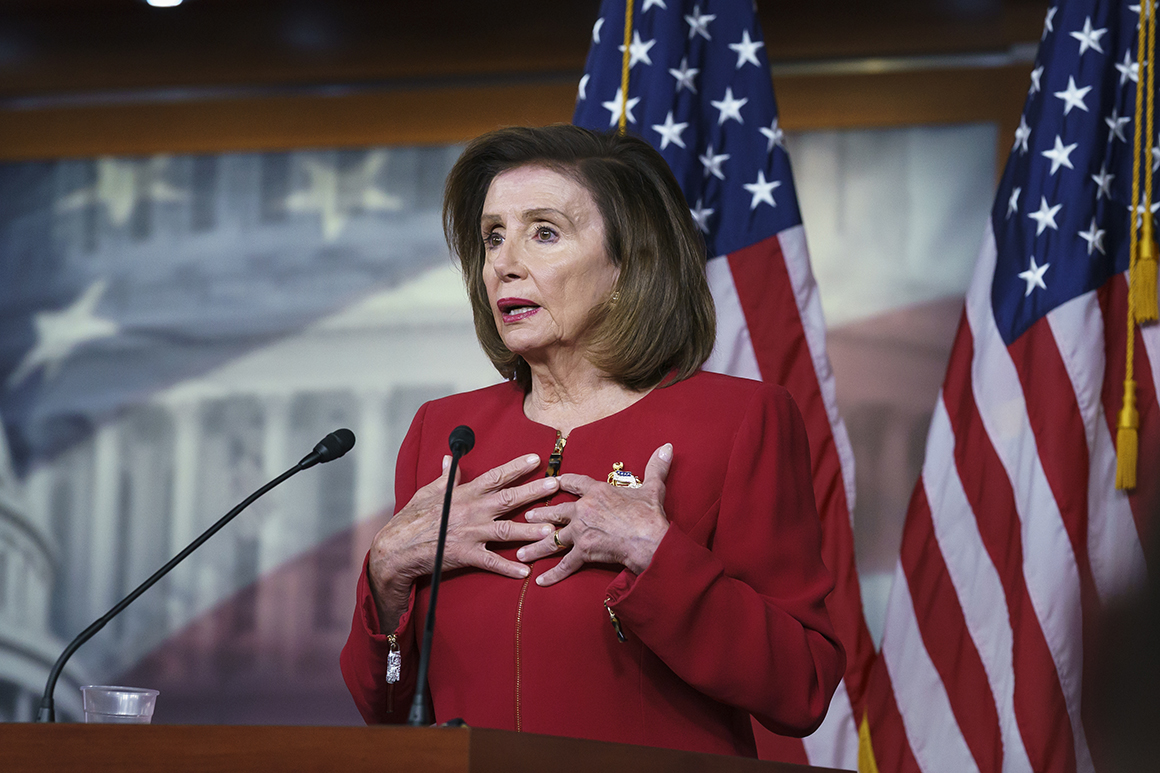 House Democrats returned to the Capitol on Monday for a five-day stretch of critical deadlines, increasingly anxious that intraparty divides could threaten the fate of President Joe Biden’s agenda.

Speaker Nancy Pelosi will summon her caucus for a private meeting Monday evening, the first gathering since she announced the vote on Biden’s infrastructure package would be Thursday, rather than Monday. The California Democrat also declared over the weekend that the House would vote this week on Democrats’ sprawling domestic policy bill — a highly ambitious goal that would require virtually the entire caucus to be in lockstep behind both priorities.

That leaves Pelosi and her leadership team with only three days to satisfy both the centrist and liberal factions of her party — without allowing a pair of Biden’s top legislative aims to sputter. And dynamics within the caucus remain deeply strained, with progressives still vowing to oppose the Senate’s bipartisan public works bill without passage of the social welfare package, and moderates threatening to tank those party-line talks without an infrastructure vote this week.

“From the beginning of this process, the Progressive Caucus has been clear that the infrastructure bill and the Build Back Better Act are two parts of a whole, so they must be passed together,” Reps. Pramila Jayapal (D-Wash.), Ilhan Omar (D-Minn.) and Katie Porter (D-Calif.) wrote in an op-ed for CNN on Monday.

Meanwhile, the list of lingering questions about Biden’s broader package remains long. Both Pelosi and Senate Majority Leader Chuck Schumer are still wrangling their members about what they’re willing to support on both the scope and substance of the legislation. Democrats are split over the price tag of the bill — currently at $3.5 trillion — as well as huge questions about government drug price negotiations and expanding Medicare and Medicaid.

Pelosi has teed up the infrastructure vote on Thursday for two reasons; the first is to exert maximum pressure on members to vote yes, given the expiration of key surface transportation funding that day.

The California Democrat is also buying time for leadership to reach a public agreement with key senators on the total cost of the social spending plan as well as other major aspects. The infrastructure vote was originally supposed to occur Monday, but Pelosi pushed it back in a Sunday letter to House Democrats.

Senior Democrats on both sides of the Capitol are hoping to secure an official “framework” for that policy bill that would have buy-in from Senate moderates — possibly enough of a commitment to convince liberals in the House to back down on their threat and support the infrastructure bill.

But it’s not clear that House Democrats will get the answers they want from Sens. Joe Manchin (D-W.Va.) and Kyrsten Sinema (D-Ariz.), the Senate’s most vocal centrists, in time for their Thursday vote.

Manchin dismissed the idea of a deadline in a recent interview, throwing yet another hurdle in Pelosi’s path to securing votes on both plans this week.

“What’s the need? There is no timeline. I want to understand it,” Manchin said, adding that he is not ready to offer a top-line number that he’d be willing to back for the domestic policy package.