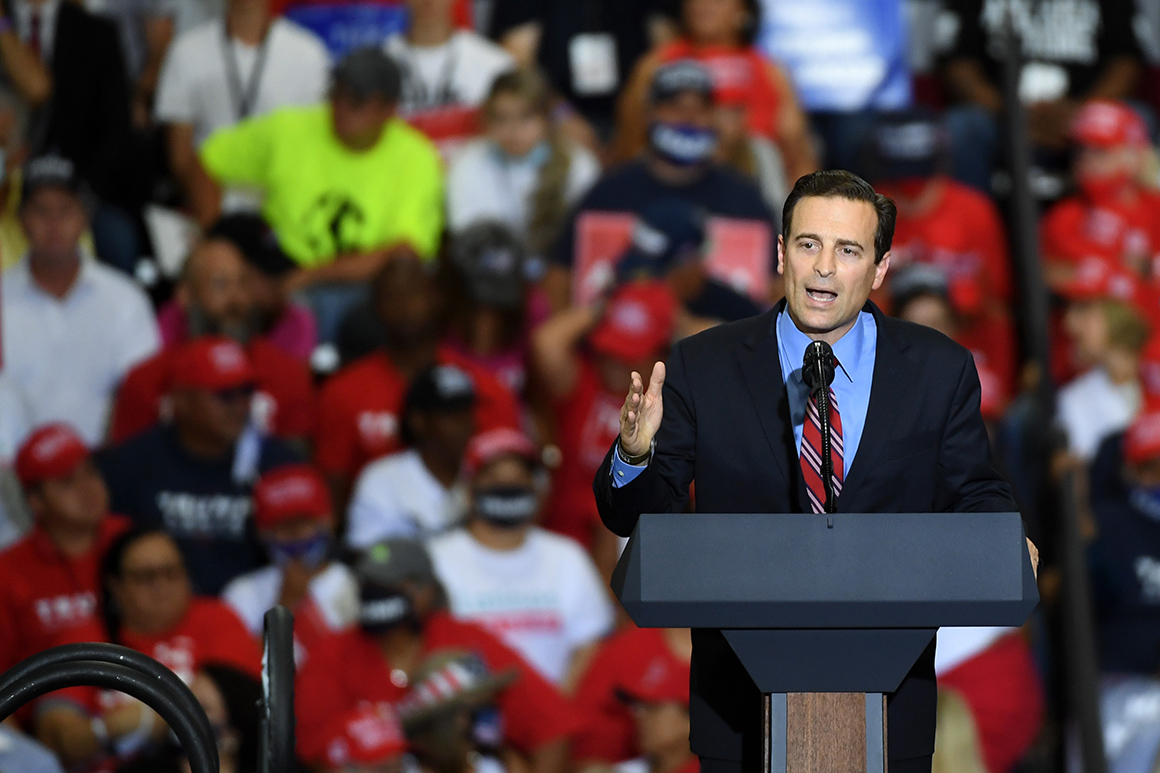 It started as one big, false claim — that the election was stolen from Donald Trump.

But nearly a year later, the Big Lie is metastasizing, with Republicans throughout the country raising the specter of rigged elections in their own campaigns ahead of the midterms.

The preemptive spin is everywhere. Last week it was Larry Elder in California, who — before getting trounced in the GOP’s failed effort to recall Gov. Gavin Newsom — posted a “Stop Fraud” page on his campaign website. Before that, at a rally in Virginia, state Sen. Amanda Chase introduced herself as a surrogate for gubernatorial candidate Glenn Youngkin and told the crowd, “Because the Democrats like to cheat, you have to cast your vote before they do.” In Nevada, Adam Laxalt, the former state attorney general running to unseat Democratic Sen. Catherine Cortez Masto, is already talking about filing lawsuits to “tighten up the election” — more than a year before votes are cast. And in Pennsylvania, former Rep. Lou Barletta, who is running for governor after losing a Senate race two years earlier, said he “had to consider” whether a Republican could ever win a race again in his state given the current administration of elections there.

Trump may have started the election-truther movement. But what was once the province of an aggrieved former president has spread far beyond him, infecting elections at every level with vague, unspecified claims that future races are already rigged. It’s a fiction that’s poised to factor heavily in the midterm elections and in 2024 — providing Republican candidates with a rallying cry for the rank-and-file, and priming the electorate for future challenges to races the GOP may lose.

“The fever has not broken,” said Benjamin Ginsberg, an elections lawyer who has represented past Republican presidential nominees. “If anything, it’s spreading. People I knew as rational and principled feel they have to say our elections are not reliable because polls show that is the ante for contested Republican primaries and motivating the base in general elections. California recall results aside, it comes at the expense of the principle that our leaders should not make allegations that corrode American democracy without any credible evidence.”

For Republicans, the fantasy that Trump did not lose in 2020 but had the election stolen from him was once viewed as a largely backward-looking concern. Other than the twice-impeached former president, its most prominent promoters were Trump’s discredited hangers-on — the Rudy Giulianis, Lin Woods, Mike Lindells and Sidney Powells of the GOP. But what is animating some in the party today is different — a political grift to placate base voters and to discredit the results of races that do not go their way. It’s not simply that a significant number of House and Senate candidates have supported Trump’s baseless allegations about the last election. They’re already laying the foundation to repeat similar claims of their own.

“That is a simply terrible development for our democracy,” said Trevor Potter, a former chair of the Federal Election Commission who served as general counsel to Republican John McCain’s two presidential campaigns.

It may ultimately be terrible for the Republican Party, too. In Georgia last year, Trump’s baseless claims about rigged elections depressed Republican turnout in two critical Senate runoffs, the loss of which cost Republicans their Senate majority. An erosion in GOP voter confidence in election integrity could once again persuade some of them to stay home in competitive House and Senate races next year — and in the presidential race in 2024 — with nothing less than the balance of power in Washington at risk.

“You pick a state, you pick an election, you pick a national election, and if we try the same approach, we will come in the same second place that we just did,” said Georgia’s Republican lieutenant governor, Geoff Duncan, a Trump critic who is not seeking reelection. “And that’s code language for ‘lost.’” 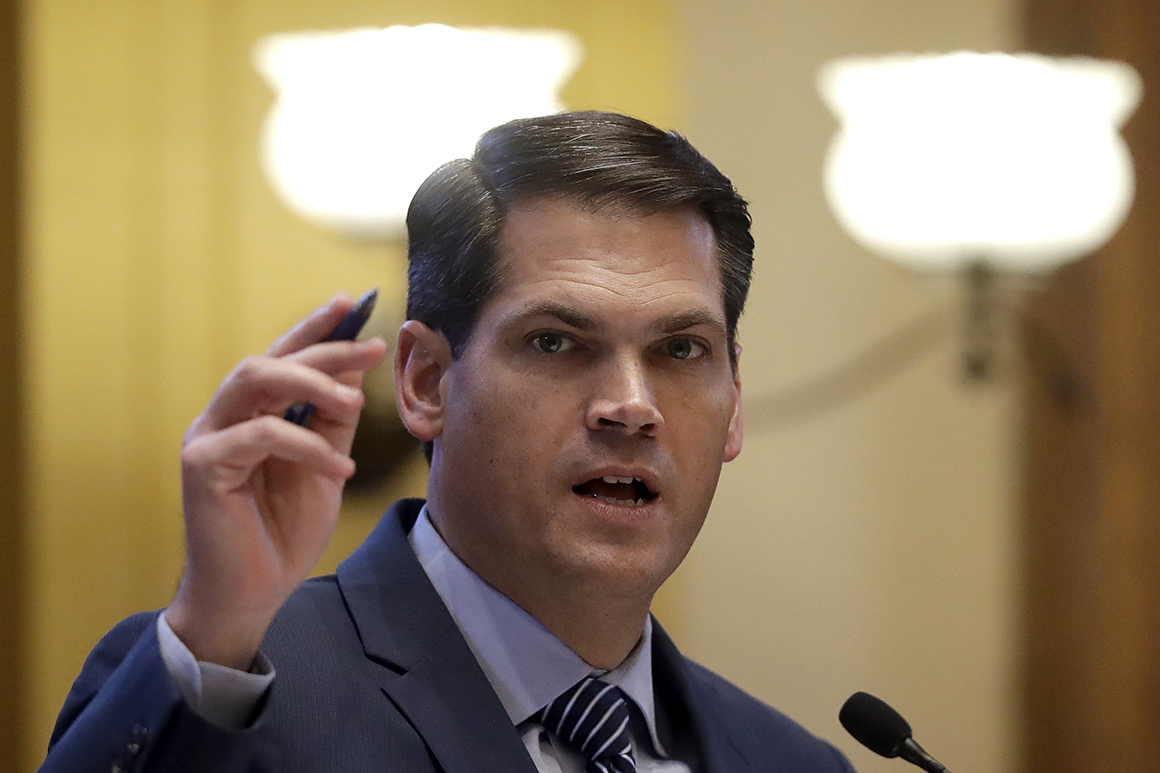 The potential harm was not lost on Republicans in California last week, where, on the eve of the recall election, Republicans in Orange County issued a plea to vote that both nodded to — and braced against — concerns about voter fraud: “This Election Can Only Be Stolen If You Don’t Vote.”

In Democratic-heavy California, the recall likely wouldn’t have succeeded no matter what Republicans said about voter fraud. The problem for Republicans everywhere else is that, for primary audiences, the Trumpian position on the issue is the only politically acceptable position that they can take. Two-thirds of Republicans still believe, despite considerable evidence to the contrary, that Joe Biden was illegitimately elected president. And it’s that untethering from reality that’s undergirding Republican candidates’ obsession with claims that the other side cheats.

“There are normal people, and then there are politicians,” said Stephen Richer, the Republican recorder of Maricopa County, Ariz., and a fierce critic of the Arizona state Senate-led review of the 2020 election in his county. “Politicians are motivated by, I think unfortunately, a different set of Maslow’s hierarchy [of needs]. And two of those high-ranking factors are fundraising and followers. And I think the ‘Stop the Steal’ crowd seemingly plays well for both of them.”

In Arizona, where a farcical review of November ballots ordered by Republicans is expected to be made public this week, former TV anchor Kari Lake, who is running for governor, still insists Trump carried the state and asserts in digital ads that “our election integrity is wrecked.”

In Michigan, Garrett Soldano, a Republican candidate for governor, assured supporters at a rally that “your vote is going to count,” but only because “there are going to be so many Americans that are watching. … They are not going to get away with what they got away with this past election in the future.”

And then there’s the group of Trump supporters who worked to undermine the 2020 election and have all launched secretary of state bids in their home states. Trump has endorsed three of them: Rep. Jody Hice in Georgia, who is primarying incumbent Secretary of State Brad Raffensperger; Michigan’s Kristina Karamo; and Arizona state Rep. Mark Finchem, all three of whom have made spreading falsehoods about Trump’s defeat — and subsequently his endorsement — major parts of their campaigns and fundraising efforts. If elected, Republicans who sought to undermine public confidence in the last election will be the very ones overseeing future contests.

“A good campaign, especially with survey data, listens to what the electorate wants to hear and gives it to them,” said John Thomas, a Republican strategist who works on House campaigns across the country.

If there’s a price to be paid in depressing general election turnout, he said, “That’s the double-edged sword, and I don’t think the Republicans have kind of cracked that nut or figured out how to solve that incongruity yet. It’s hard. It’s real hard.”

Thomas said he advises candidates to respond to questions about voter fraud by saying, “Voting irregularities happen. They’re real. We have to try to strengthen the integrity of the system when we can. But we have to move more of our people to the polls than theirs so that we can overcome any of the cheating and shenanigans they may try in the homestretch. We have to win by such margins, such a landslide, that there’s no amount of irregularities that could overcome it.”

It’s possible that the effect of election fraud rhetoric on turnout next year will not be as significant as it was in Georgia. The denialism in that state immediately after the presidential election was especially pronounced, as Republicans there, like in Arizona, saw their long-red state flip Democratic for the first time in years. 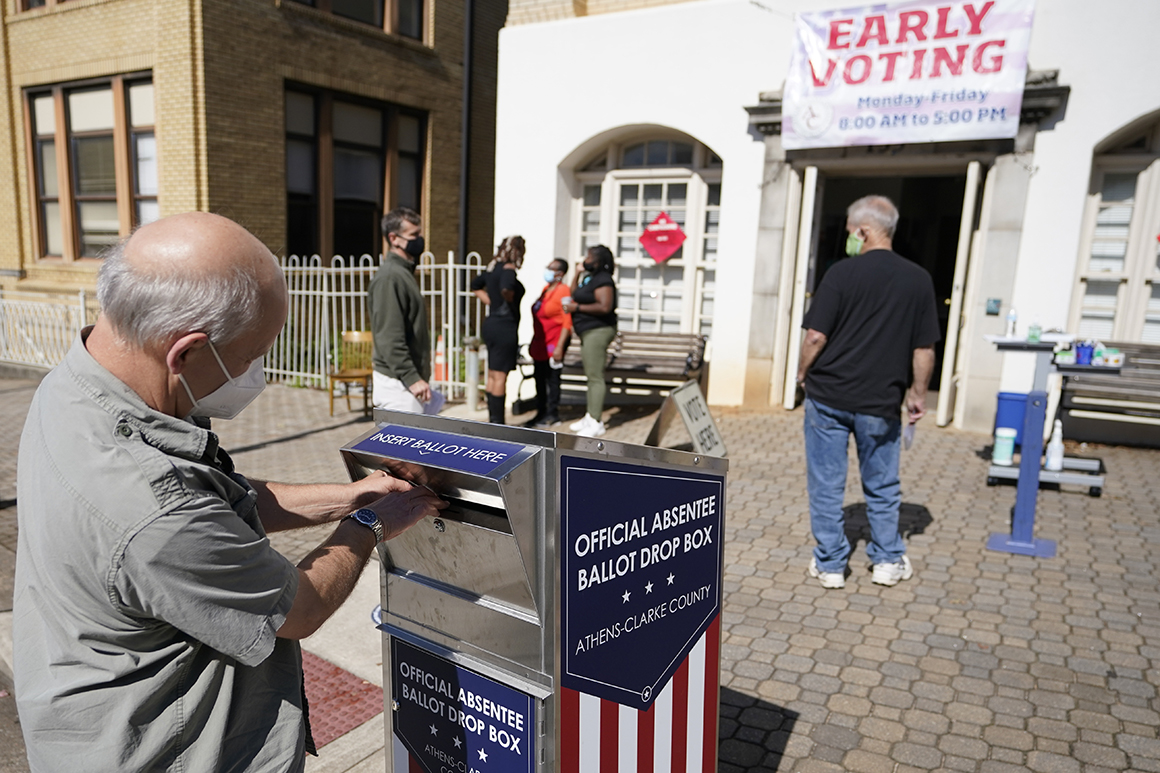 Midterm elections traditionally function as a referendum on the sitting president, and by 2022, Biden will have been in office for two years, with a record for Republicans to run against. The economy, the coronavirus pandemic or any number of issues other than election fraud may be top of voters’ minds.

It’s also possible that by November 2022, Republican voters’ distrust in elections will subside. One opportunity for that, paradoxically, may come in the fallout from ongoing, Trump-friendly reviews of the presidential vote in Arizona and other states. If Trump’s allies can’t prove his claims in Arizona, Ginsberg said, “they can’t prove them anywhere and election denialism’s potency starts to fade.”

That’s the optimistic view, and even Ginsberg’s assessment is that “it would take an election cycle or two to wash through.” The alternative prospect is more dire — a proliferation next year of localized versions of Trump’s effort to subvert the last election. Former New Jersey Gov. Christine Todd Whitman, a Republican and outspoken critic of Trump, said Republicans now spreading false election claims are trying “to undercut the 2022 and 2024 elections.”

Potter, the former FEC chair who now heads the nonpartisan Campaign Legal Center, foresees potential confrontations not only in court, but at polling places in the midterms and in the next presidential election.

“I think we’ve got to have Republican candidates who stand up and say, ‘Bunk, there is no election fraud, we lost the election fair and square,’” said Dick Wadhams, a former Colorado Republican Party chair and longtime party strategist. “And it’s time to look at ourselves and why we lost, and it’s because of an incumbent president who could not restrain himself and handed the White House to the Democrats and handed the Senate to the Democrats.”

Wadhams, who voted for Trump both in 2016 and 2020, became so fed up with far-fetched claims about the 2020 election that he wrote a column in The Denver Post last week criticizing Republicans who he said were “hell-bent to mire the party in stolen election conspiracy theories and to alienate the 1.6 million unaffiliated voters who represent 43% of the electorate” in Colorado.

The day before the column ran, he said, “This notion that Republicans are never going to lose an election again, if we lose it’s because it was stolen, No. 1, it never addresses why we really lose elections, but No. 2, it undermines the process we’ve had for a couple of hundred years in this nation.”