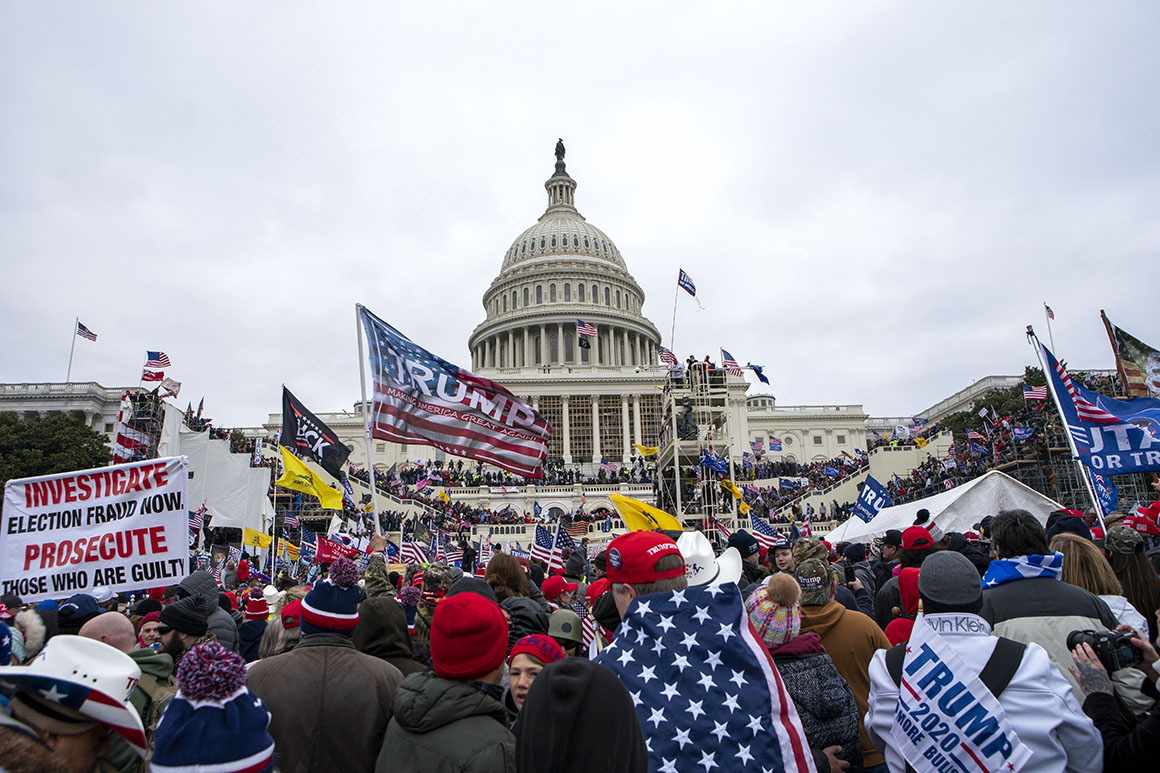 An FBI intelligence analyst warned days after the 2020 election that Stop the Steal rallies — one of which metastasized into the ransacking of the Capitol — could turn violent.

The emailed warning from an analyst at the FBI’s school for bomb technicians circulated through the Bureau and to some of its state and local partners on Nov. 9, 2020, just days after the major TV networks called the election for now-President Joe Biden. Its subject line was simple: “Far-Right Chatter re Election Results.”

“As Joe Biden is declared the victor in the 2020 Presidential Campaign, chatter from the far-right indicates the belief the election was stolen from President Trump,” the FBI analyst wrote, then urging recipients to “keep your head on a swivel.”

The FBI analyst’s message, which has not been previously published and was obtained by the watchdog group Property of the People, indicates that federal law enforcement officials saw ample signs before Jan. 6 that right-wing efforts to overturn the election results could result in violence. FBI Director Christopher Wray has testified before Congress that the Bureau tracked the threat from domestic extremists in the months before the attack on the Capitol, and the email gives new detail on what the FBI was watching. When the email went out, prominent officials and leaders in the conservative movement were promoting the #StopTheSteal hashtag.

Citing the findings of SITE Intelligence Group, which describes itself as “the world’s leading non-governmental counterterrorism organization” focused on online extremist activity, the analyst wrote: “Militia groups are espousing increasingly violent rhetoric, expressing a new level of escalation by declaring, ‘The fight is now’.”

“On a popular militia forum, users called to execute Biden, Democrats, tech company employees, journalists, and other ‘rats’,” the FBI analyst went on. “QAnon and Neo-Nazi groups are using the election results to issue additional calls for action aligned with their specific ideologies.”

Then came a line that proved prescient.

“Nationwide rallies: Waves of ‘#StopTheSteal’ and similar hash-tag events are being organized across the country as various voter fraud theories gain momentum among Trump supporters,” the analyst’s email continued. “As these materialize, counter-protests and violence will likely ensue.”

The email also raised concerns about conspiracy theories and misinformation regarding the election’s outcome, sounding an alarm that “evidence of voter fraud — preliminary, unverified, or already proven false — is being widely disseminated within far-right channels, aggravating already heightened tensions across the country, with the directive to share aggressively with ‘family and friends.’”

“As the nation remains in flux and strongly divided, please stay focused and safe,” the email concluded.

A few weeks after the email went out, SITE published a report with a title that also sounded prescient: “Far-Right Forum Urges Proud Boys to ‘Overpower and Rush’ Police During D.C. Protests.” The text of the report is not publicly available online.

#StoptheSteal efforts turned catastrophic on Jan. 6, when Trump supporters and movement adherents gathered for a rally — promoted on Twitter by the then-president — then marched to the Capitol and overran the building. Four participants in the riot died at the Capitol, two police officers who responded died in the aftermath and more than 150 officers were injured.

In the months since then, lawmakers and law enforcement officials have scrambled to figure out how this happened and why the Capitol Police were so unprepared. The FBI has also faced scrutiny from lawmakers as they press top officials on whether counterterrorism experts were aware of the potential risk that the Jan. 6 rally posed.

The analyst’s email indicates that people throughout the Bureau saw the violence coming. Property of the People, a national security-focused transparency nonprofit that has litigated Freedom of Information Act lawsuits against Republican and Democratic administrations alike, obtained the email through an open records request.

“The evidence increasingly makes plain that the intelligence was there,” said Ryan Shapiro, executive director of Property of the People. “Despite ample warning, U.S. Capitol police leadership failed to defend democracy. The question is why.”

The analyst who wrote the email worked at the FBI’s Hazardous Devices School in Huntsville, Alabama. That school trains first responders and bomb technicians on how to handle bomb threats, according to the FBI’s website.

“We were dealing with two pipe bombs that were specifically set right off the edge of our perimeter to, what I suspect, draw resources away,” said Steven Sund, the former Capitol Police chief, later testified to lawmakers about Jan. 6. “I think there was a significant coordination with this attack.”