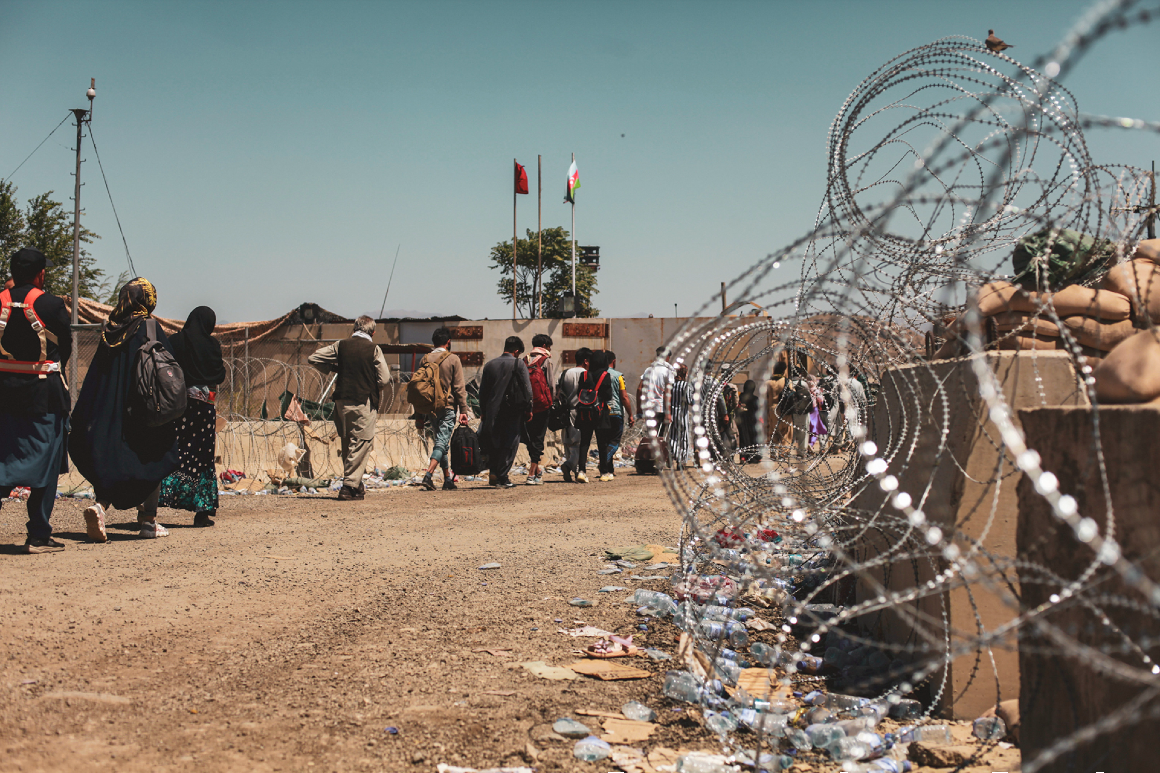 A State Department official said in a private briefing to reporters that “the majority” of special immigrant visa applicants were left in Afghanistan due in part to the complications of the evacuation, and that he and his team are “haunted” by the evacuees the U.S. could not get out by the Aug. 31 deadline.

The official, who spoke on the condition of anonymity, was also asked about a POLITICO report describing how U.S. officials in Kabul occasionally showed the Taliban a manifest to assist in processing people through checkpoints. The Taliban sometimes stopped Afghans from getting to Kabul’s airport even after the U.S. showed manifest details, though the official said the U.S for the most part subsequently got them safely through to the facility.

“There were days it did not work well,” the official said. “We had a couple of instances where buses were a mix of foreign nationals and Afghan local employees of other missions, and the Talibs would only let pass the foreign nationals, and they turned away or they held at that location the Afghan citizens who were on that particular movement.”

But, the official noted, “in some of those cases, we were able to successfully persuade [the Taliban] to then, in subsequent days, to allow that group to go forward.”

More often than not, though, the official noted that handing over the manifest allowed the Taliban to verify a bus at its designated arrival time, the driver, “and that the people on that bus were the ones that we had indicated should be on that bus.” The militants would then wave the bus on through to the airport.

The senior State staffer, like other Biden administration officials, asserted the U.S. never provided the Taliban a comprehensive list of names, which POLITICO did not report. But the official went further than others by saying there were times providing manifests to the Taliban failed in the moment.

“The idea that we are providing names or personally identifiable information to the Taliban in a way that exposes anyone to additional risk, that is simply wrong. Simply wrong,” State Department spokesperson Ned Price said last week.

The senior State official noted in the call Wednesday there were many impediments to evacuating everyone who wanted out of Afghanistan, namely threats by ISIS-K, the fortified design of the airport, the Taliban’s “unpredictable” guarding at checkpoints, and viral communications among refugees.

While the administration did well evacuating over 120,000 people, the official argued, “everybody who lived it is haunted” by the decision officials on the ground had to take throughout the weekslong evacuation effort and “by the people we were not able to help depart” during the operation.

Some of those people include Afghan SIV applicants, who all worked alongside the U.S. during the 20-year war. While no estimate for the SIVs left behind is yet available, the official did say “it’s the majority of them, just based on anecdotal information about the populations we were able to support.”

One reason for why so many SIVs remain in Afghanistan, the official noted, is “every credential we tried to provide electronically was immediately disseminated to the widest possible pool. And so it was no longer a viable credential to differentiate among populations, and we simply did not have the people for that time to be able to try to sift through that crowd of people demanding access.”