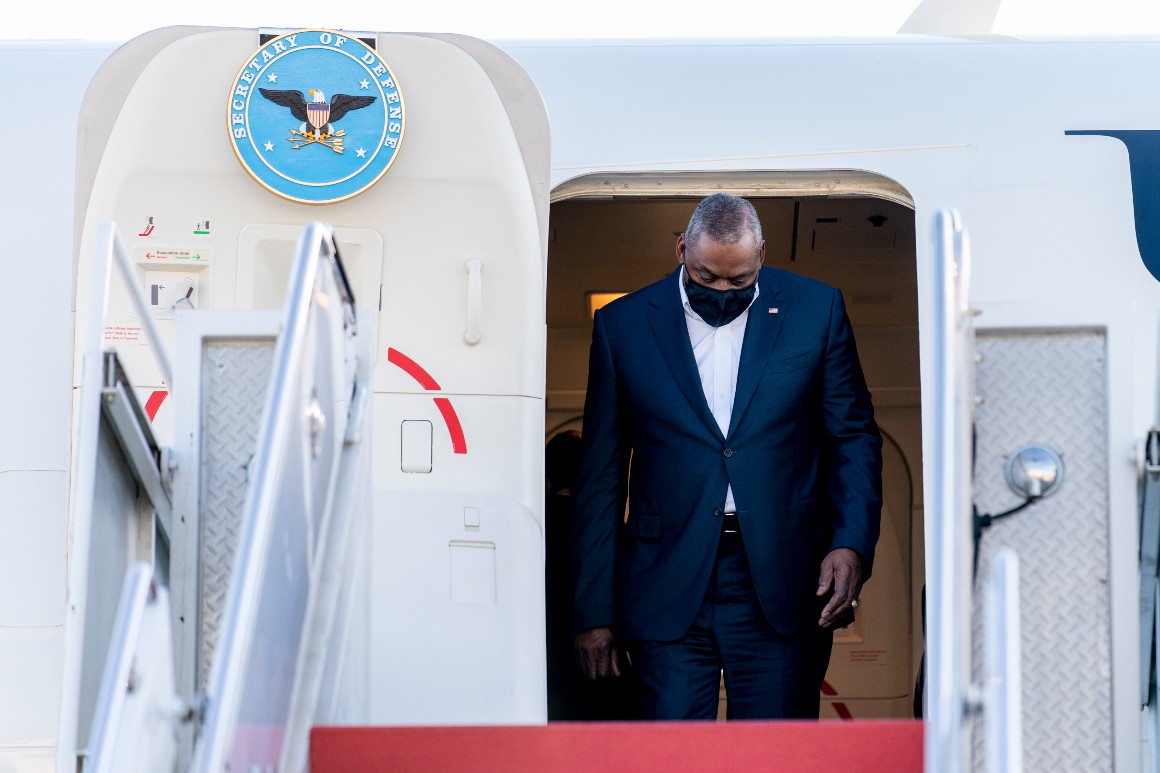 Joint Chiefs Chair Gen. Mark Milley and Defense Secretary Lloyd Austin are set to square off with angry lawmakers this week as congressional probes into Afghanistan turn their focus toward the Pentagon brass’s actions during the chaotic withdrawal.

The hard questions won’t end there for the nation’s most senior military officer. Milley will almost certainly face questions about calls he made to reassure his Chinese counterpart late in former President Donald Trump’s term.

Milley and Austin testify before the Senate Armed Services Committee on Tuesday and in the House on Wednesday on the pullout from Afghanistan. They’ll be joined by Gen. Frank McKenzie, the commander of U.S. forces in the Middle East.

The trio will field questions from Democrats and Republicans upset over what they say was a sloppy withdrawal that saw the rapid takeover of Afghanistan by the Taliban and the disintegration of the government and armed forces, into which the U.S. poured billions of dollars arming and training. Both parties have also criticized the Biden administration for a rushed exit that left behind Americans and Afghans who partnered with U.S. forces.

Lawmakers are also clamoring for details about discarded weapons and equipment that fell into Taliban hands, as well as plans for how the U.S. will continue to evacuate American citizens and Afghan partners and keep terrorists groups such as Al Qaeda and ISIS-K at bay.

ISIS-K was responsible for a suicide bombing at a gate outside Hamid Karzai International Airport that killed 13 U.S. service members and up to 200 civilians. The Pentagon had intelligence indicating an attack was imminent in the hours leading up to the bombing.

Members of the House and Senate also want an explanation as to why the U.S. left Bagram air base before the withdrawal was complete, a move they contend severely hampered the evacuation of at-risk Afghans and Americans from the country.

It is all part of a lengthy list of questions about the withdrawal and subsequent security situation that Senate and House Armed Services want answered publicly.

Republicans have largely blamed Biden for the mess, arguing that he ignored his military commanders’ advice. In remarks prepared ahead of Tuesday’s hearing, top Senate Armed Services Republican Jim Inhofe (Okla.) dinged Biden and argued the withdrawal and its aftermath “has expanded the threat of terrorism.”

“The administration needs to be honest: Because of President Biden’s disastrous decision, the terrorist threat to American families is rising significantly, while our ability to deal with these threats has been decimated,” he continued. 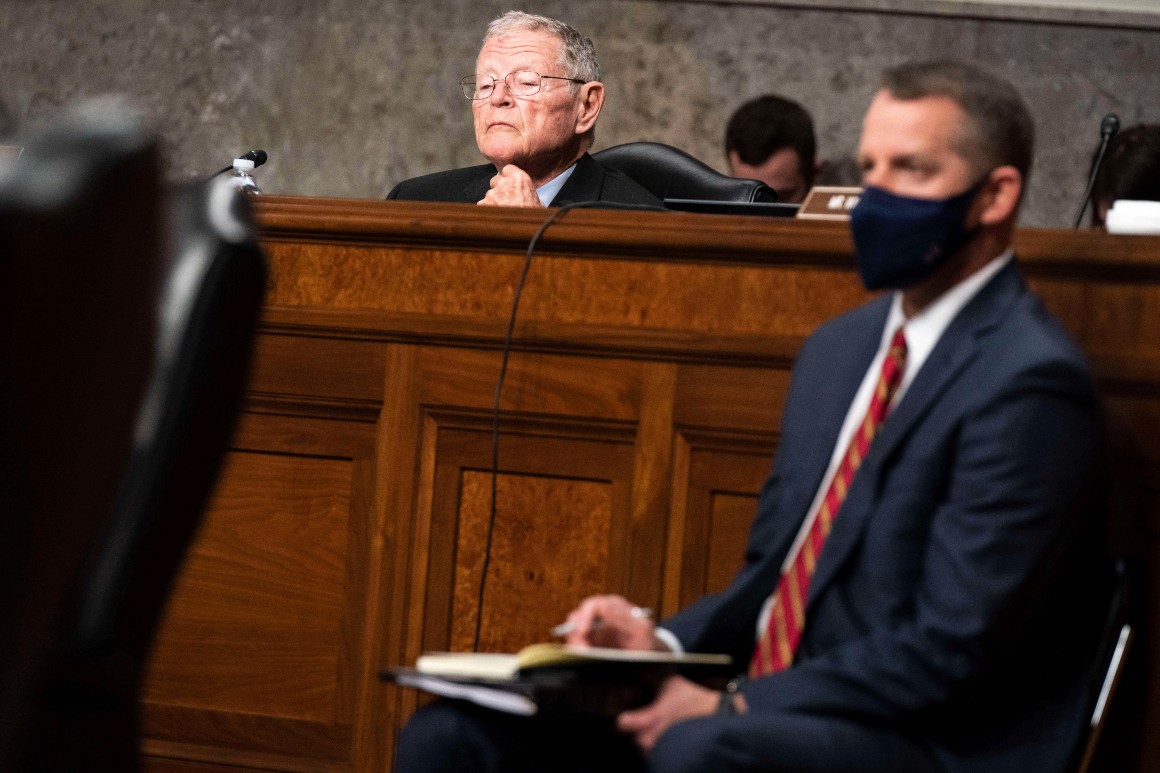 Seeking Afghanistan answers: The Senate Armed Services hearing, which will also include questioning behind closed doors, is the first public airing of the Afghanistan debacle with top brass. Senators heard from the former commander in Afghanistan, Gen. Scott Miller, in a Sept. 15 classified briefing.

“The American people want to know how the Administration — including the Department of Defense — failed to prepare for the collapse of the Afghan forces and allowed itself to be blindsided by the Taliban’s final advance,” they wrote. “They want to know when, why, and by whom the decisions were made that led to thirteen American lives lost, hundreds of Americans stranded behind enemy lines, and tens of thousands of refugees coming to our nation without proper vetting. And they want those responsible to face consequences for their actions.”

The hearings come as ties between the top Pentagon leadership and some Republicans are fraying. Though most GOP lawmakers have laid the bulk of the blame on Biden, several conservative members have called for Austin and Milley’s resignations over the Afghanistan missteps. 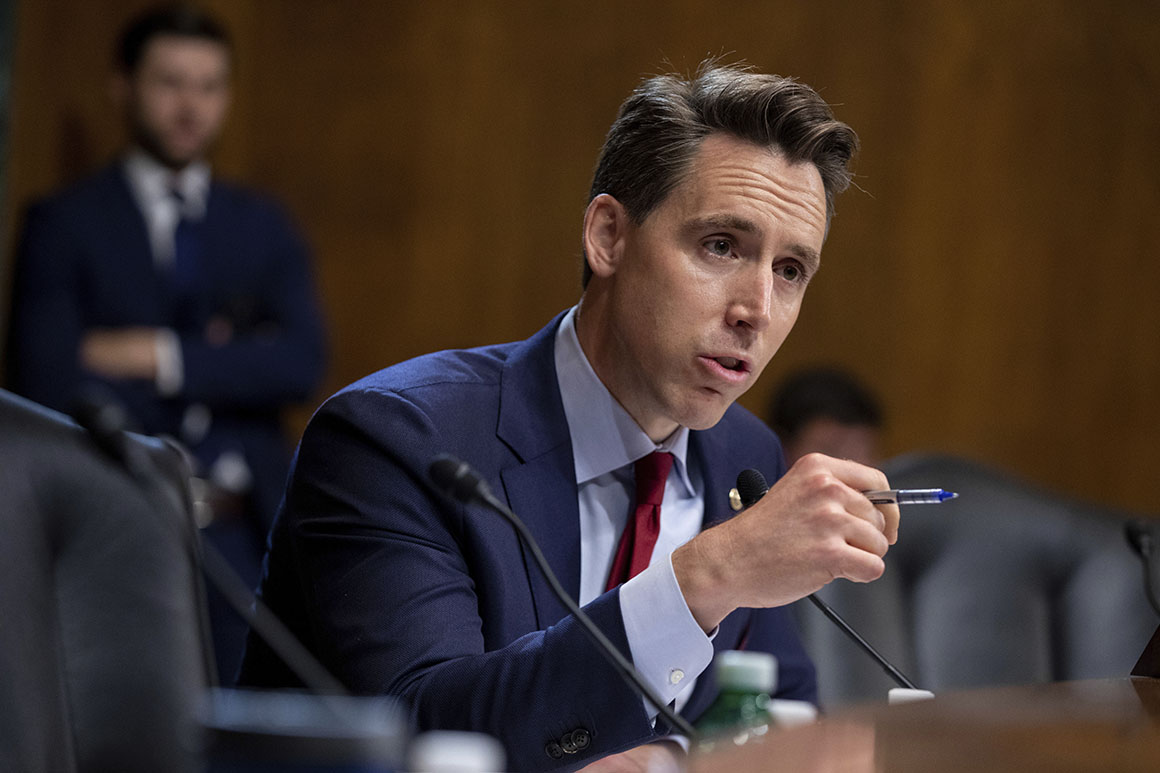 Furor over Milley’s call: Republicans, meanwhile, will almost certainly want Milley to answer for revelations in a new book from Washington Post reporters Bob Woodward and Robert Costa that the four-star general was so concerned about Trump’s instability late in his term that he reached out to his Chinese counterpart, Gen. Li Zuocheng of the People’s Liberation Army, to reassure him that the U.S. wouldn’t suddenly attack.

Reports of the calls — one just days after the Jan. 6 Capitol insurrection by a pro-Trump mob — set off a firestorm, with some Republicans, including Senate Intelligence ranking Republican Marco Rubio (Fla.), arguing Milley overstepped and should be fired for undermining civilian leaders.

Milley has since defended his actions, saying the calls were “routine” and “perfectly within the duties and responsibilities” of his job as the country’s top military officer.

But the four-star Army general also seemed to anticipate that lawmakers will press him about the exchange.

“I’ll go into any level of detail Congress wants to go into in a couple of weeks,” Milley told reporters traveling with him this month.

Calls for Milley’s ouster are being brushed off by the White House. Press secretary Jen Psaki told reporters during a Sept. 15 briefing that Biden has “complete confidence” in Milley, who was tapped for the top post by Trump and still has two years remaining on his term.

Tense exchanges over “wokeism”: The hearings are Austin and Milley’s first public appearances on Capitol Hill since the pair sparred with conservatives on the House Armed Services Committee over the Pentagon’s efforts to promote diversity and combat racism and extremism.

Milley and Austin faced several testy exchanges during a hearing with lawmakers who argued that the Pentagon had embraced teaching critical race theory and objected to a military-wide stand down, where units took a day out of their normal duties this year to discuss extremism in the military. Milley’s particularly forceful rebuttal from the June 23 House hearing earned conservative ire and could see a repeat this week.