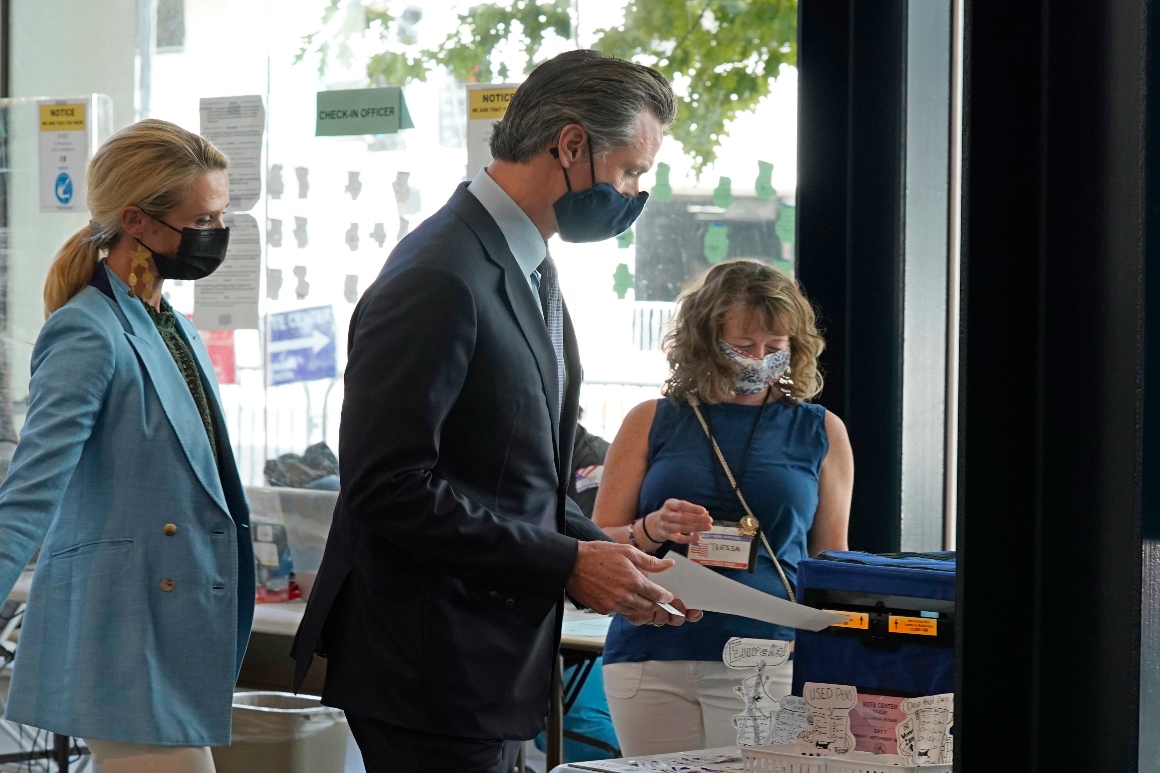 Elder recently added a section to his campaign website with the option “report election incident,” which takes users to a separate “stop California fraud” website. He has also threatened a lawsuit. Other conservative Republicans have begun to cast aspersions on California’s election process without providing evidence, including former President Donald Trump, who told Newsmax that Tuesday’s contest is “probably rigged.”

“It’s just an extension of the Big Lie and ‘Stop the Steal,'” Newsom told reporters while voting with First Partner Jennifer Siebel Newsom at the California State Archives in Sacramento. “We’re four days out, the election hasn’t even happened, and now they’re all claiming election fraud. I think it’s important to highlight that.”

Elder’s campaign did not respond to a request for comment Friday afternoon.

A new Berkeley Institute of Governmental Studies poll Friday said 60 percent of likely voters oppose the recall, indicating that Newsom could win by a big margin.

When polls last month showed the race much tighter, some Democrats raised concerns over whether the recall is constitutional due to the possibility that millions more voters could choose to retain Newsom than vote for whichever replacement candidate receives a plurality of support. A lawsuit filed by plaintiffs who said they were unaffiliated with Newsom fizzled in federal court.

When asked Friday about whether he would challenge Tuesday’s results if they go against him, Newsom said he was focused on turnout and, “of course, I align with the will of the voters and will accept whatever the outcome is.”

The governor will get a boost from President Joe Biden in Long Beach on Monday. Vice President Kamala Harris, a native Californian, appeared Wednesday with Newsom and other state officials in the San Francisco Bay Area.

Newsom said he backs Biden’s Thursday announcement to mandate vaccination for employers with over 100 workers. “I support the president’s intentionality. I support his call to finish the job,” the governor said, citing how nearly 82 percent of all eligible Californians have received one dose. “But we still have a lot more work to do.”

The governor supported Los Angeles Unified’s authority in approving a vaccine mandate for students 12 and older Thursday, though he danced around fully embracing the policy, given that the state has not imposed the same requirement. “I want to give this an opportunity to work … I’m very appreciative of their leadership, and we’re gonna see how this plays out,” he said.