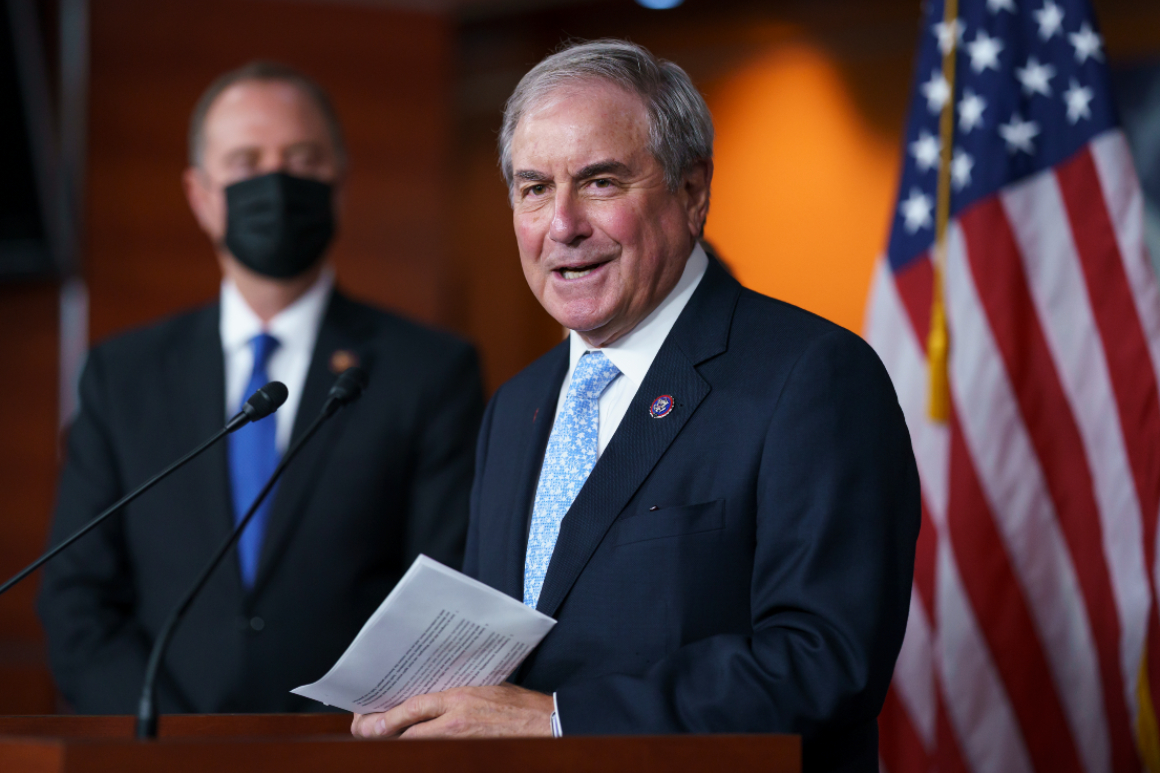 Democrats are running out of time to prepare an unpalatable debt limit contingency plan as Republicans keep stonewalling and the nation nears a devastating default.

GOP leaders have insisted that Democrats lift the cap on government borrowing without Republican votes, by using the same budgetary move that’s helping them take up a mammoth social spending plan as soon as this week. But that’s an untested play, one that could put the whole package — which is already wobbling amid intraparty disputes — at risk.

It’s a lengthy maneuver, too: Experts and congressional aides estimate that adding the debt limit to Democrats’ party-line spending bill could take about two weeks, requiring revisions to the budget measure that the party deployed to steer it past a Senate GOP blockade. Two weeks is an eternity, given that Congress could slam into a debt wall in as little as three to six weeks, according to a new estimate from the Bipartisan Policy Center — which helps explain why Democratic leaders aren’t seriously entertaining the idea of ripping up their spending bill, for now.

Of course, Democrats may still be forced to ready that unsavory off-ramp, if Republicans keep to their vow to deny President Joe Biden’s party the votes on their strategy and the global economy moves closer to a tempest. 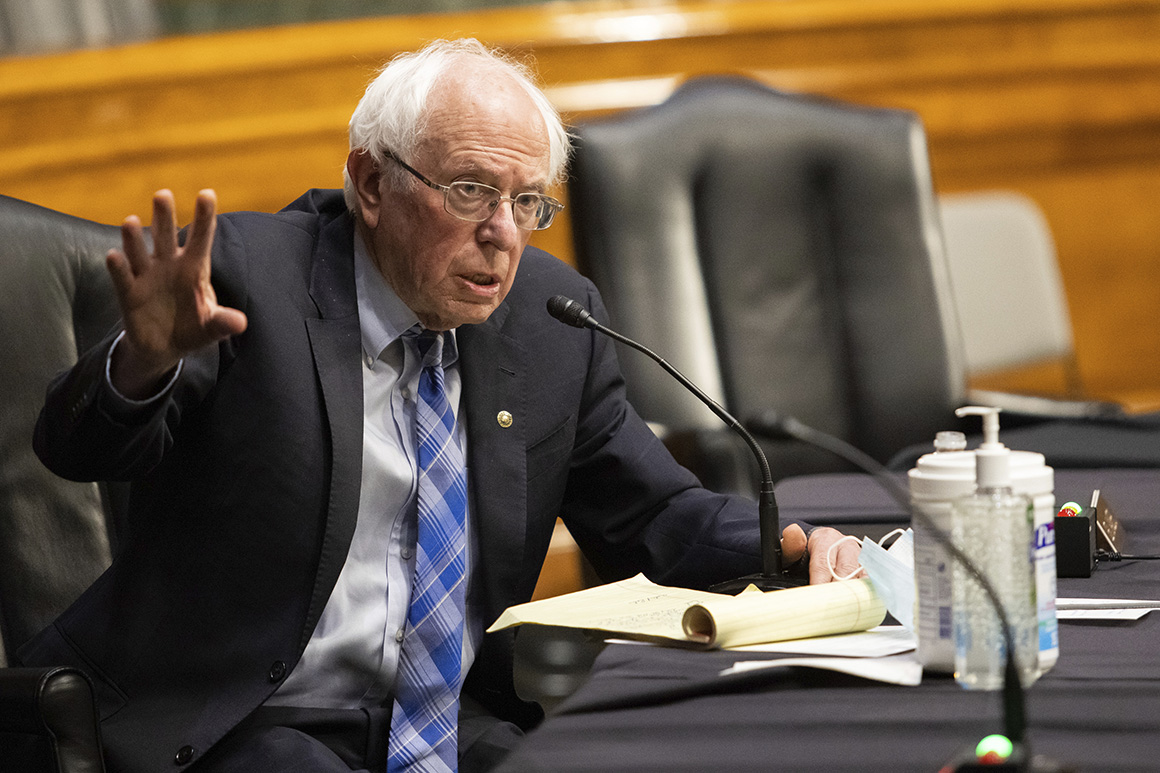 “You understand the significance of default?” the Vermont Independent said of the Treasury Department running out of money. “It would bring the entire world’s economy to its knees. Do I think Republicans are that crazy? No, I don’t.”

The House has already cleared a government funding package that would ward off a shutdown on Friday and suspend the debt ceiling through December 2022, essentially hitting pause on the issue through the midterm elections. But that measure is set to die as soon as Monday in the Senate, where the vast majority of Republicans staunchly oppose any debt limit-lifting measure. Congress still has no clear plan to address either fiscal deadline.

Democrats say it’s unthinkable that the GOP would refuse to help with the debt limit, which members of both parties voted together to raise or suspend three times during the Trump administration. The nation has never defaulted on its financial obligations, and both parties agree that such a scenario would be a disastrous failure by Congress — likely to disrupt the stock market, raise interest rates and force the Treasury Department to prioritize which payments to make to Americans who depend on the social safety net.

Yet Republicans insist that Democrats should go it alone. Republicans are forcing the majority party to jump through superfluous hoops just to stir up chaos, Democratic lawmakers and aides say, and imperiling economic stability in the process.

“We don’t know what the drop dead date is on default,” said House Budget Chair John Yarmuth (D-Ky.), adding that “if it’s the middle of October, we’d have to start very soon” to move to a party-line approach.

The Senate GOP could make it easier for Democrats to handle the debt limit on their own by opposing it without mounting a formal filibuster, letting the majority pass a measure with its 50 votes plus Vice President Kamala Harris’ tiebreaker. However, Senate conservatives say they’re also committed to blocking that path.

That leaves Democrats with seemingly no options besides the painstaking changes to their party-line spending bill, placing them in untried territory. 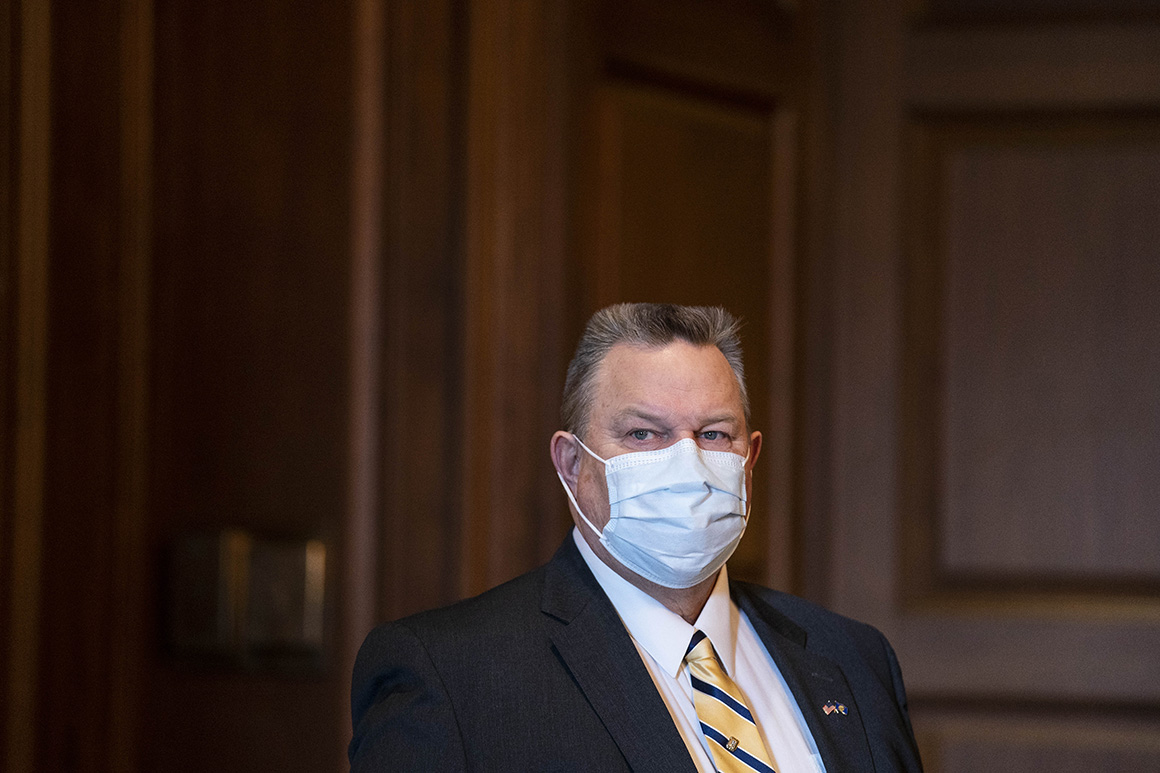 “It’s pretty cut and dried,” said Sen. Jon Tester (D-Mont.). “We’re playing a dangerous game here with the American economy and with our stature in the country.”

“The money has already been spent,” Tester added. “It was spent under a Republican Senate, a Republican House and Republican president. So I think the Republicans have some obligation here to do what’s right.”

The current imperative to raise the debt limit would cover Trump-era spending as well as any spending that’s already been authorized by the government. Yet GOP leaders contend that Democrats have the power and the time to get it done — they just don’t want to, because raising the debt figure on their own could threaten their majorities in the midterm elections next year.

“My colleagues have plenty of time to get this done,” Senate Minority Leader Mitch McConnell said on the floor last week. “It is laughable — laughable — to hear some Democrats claiming they simply don’t have enough time.”

With a narrowing window to act, Democratic aides and experts describe a path that’s far from simple. The budget reconciliation process, which Democrats are using to pass their massive social spending bill, has only been used four times to raise the debt limit, most recently in 1997.

Never has either party reopened a budget resolution — the legislation used to unlock the reconciliation process — and revised it to tackle the debt limit. Doing so would require a lot of back-and-forth with the Senate parliamentarian, the upper chamber’s nonpartisan arbiter of rules. There are major unresolved questions, including whether the approach is allowable and whether it would jeopardize the enormous amount of work already poured into the broader social spending bill.

It’s “possible,” Yarmuth said, but in another sense “virtually impossible” with all of the answered questions involved.

The whole idea is still very much on ice for now. Democrats and their aides are only weighing it as a hypothetical option if the party is pushed up against a wall, though anxiety over the issue will spike Monday when the House-passed funding and debt bill fails in the Senate. After that, Democrats are betting that Republicans will cave to building pressure from the business community, which is warning that a fiscal apocalypse could be coming.

“It is incomprehensible to me … that you have a Republican Party that would allow the largest economy to default on our loans and money that has already been spent, especially spent during the Trump administration,” Sanders said.

“But I don’t think that’s going to happen,” he said. “I think Republicans may be a little bit crazy, but they’re not that crazy.”