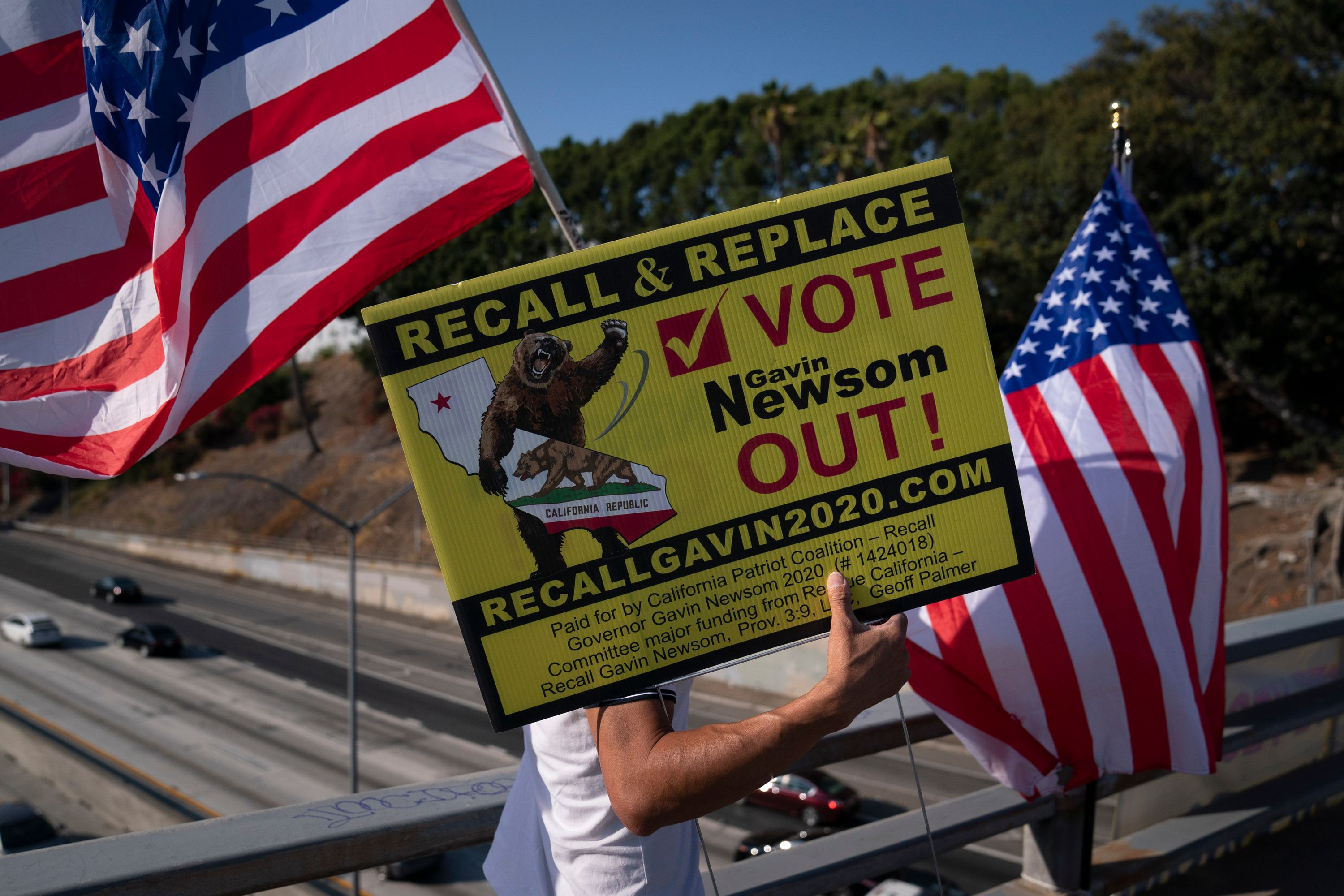 The political universe has been transfixed by what could happen to California’s governor on Tuesday: A special election may throw Democratic Gov. Gavin Newsom — who won his last election with a decisive 62 percent of the vote — out of office and replace him with a right-wing radio host supported by just a small fraction of Californians.

While late polls say it’s unlikely, that possible outcome would be the result of a Rube Goldberg process where voters first decide whether to keep the governor or not (it’s a simple yes-or-no question on the ballot); and then, if “yes” wins, choose his replacement from a list of 46 — that’s forty-six — candidates to replace him. Whoever gets the most votes from that crowd becomes the new chief executive.

The specifics are almost perverse. But there’s a larger story to be told here, too, and one flush with irony. The recall was originally a progressive reform, part of a suite of tools given to the voters of California 110 years ago by a governor determined to wrench power out of the hands of wealthy railroad barons and deliver it directly to the people.

Over the past century-plus, however, the deployment of those tools has been a stark illustration of the Law of Unintended Consequences. The ability of voters — or, more accurately, a collection of varied interests with significant money — to put laws, constitutional amendments and mid-term officeholders up for the judgment of the electorate has twisted the process of government beyond recognition.

And while the recall itself is stunningly anti-democratic — the way the math works, Newsom could take 49 percent of the vote and be kicked out, while Elder or another aspirant could then replace him with 20 percent — the broader picture of these “direct democracy” tools suggests something else: They have given an aggrieved populace the power to turn intense anger into action. And in California, that has turned policies in a decidedly conservative direction.

What Hiram Johnson and his fellow progressives did in 1911 was to make California a state where voters got a great deal of direct access to the political process. The tools he gave them, shaped by Johnson and the temporarily progressive legislature, included the ballot initiative (end-running the legislature to propose laws and constitutional revisions on the ballot), the referendum (giving voters the power to rescind legislation) and the recall (putting elected officials and judges up for recall mid-term).

And the consequences, more often than not, have been setbacks to the ideas Johnson hoped to promote.

With a low bar to clear to put a proposal on the ballot — the governor can face a challenge if only 12 percent of the electorate signs a petition — and with paid petition gatherers now something of a cottage industry, all manner of proposals crowd the California ballot, and have for years. A typical voter’s guide now runs roughly the length of the budget-reconciliation bill.

Often the battle between interests runs into eight or nine figures, as TV viewers are bombarded with nearly incomprehensible arguments over opaquely worded initiatives. Next year Californians will vote on matters ranging from flavored tobacco regulation to sports betting.

As a matter of governance, it puts voters in the difficult position of having to become snap experts on everything from stem-cell research to criminal sentencing to commercial property taxes (all initiatives on the 2020 ballot). From an ideological point of view, the most significant consequences of these tools is how often they have been used for anti-progressive causes.

In 1964, property owners feared that “fair housing” laws might lower the value of their homes. So while Lyndon Johnson was carrying the state with almost 60 percent of the vote, 65 percent of voters approved a Constitutional Amendment to strike down fair housing laws across the state.

In 1978, rising property values sent property tax assessments soaring. That spring, voters by a landslide approved Proposition 13, slapping a lid on property taxes and requiring supermajorities to pass any tax increase, saddling the state with a near-permanent budget crisis, alleviated only when Democrats gained a super-majority in Sacramento decades later.

In 1986, with violent crime rising steadily through the decade, voters removed three Supreme Court justices — including Chief Justice Rose Bird — for pushing back against the death penalty.

And in 2008, the same electorate that voted for the first Black president by 3 million votes chose to amend the state constitution by outlawing gay marriage. (That law was struck down by the courts before the Supreme Court deemed same-sex marriage a constitutional right.)

It’s important to note that, unlike the potential anti-majoritarian result of the Newsom recall, all of these measures won the approval of a majority — sometimes a landslide majority — of voters.

What makes California different from almost every other state is that elsewhere, temporary leaps in the public temperature don’t have a political mechanism to turn disaffection into tangible results — at least, not in the short term. In California, by contrast, you have a choice of ways to make sudden change happen: Either find an interest with deep pockets to shape public opinion though a massive advertising campaign, or luck into an event that will trigger real grassroots anger. Newsom managed to provide just the right opportunity by ordering lockdowns and then attending a maskless birthday party at one of the most expensive restaurants in the country.

If Hiram Johnson and his allies were around today, the current use of their tools for a more democratic system might bring to mind a familiar adage: “When you’re up to your ass in alligators, it’s hard to remember that your objective was to drain the swamp.”

Of course, by next year, proposals to protect alligators and preserve historic swampland might well be on the California ballot. Or to hunt them down and develop the land. And voters, whether they want to or not, will have to sort it out.