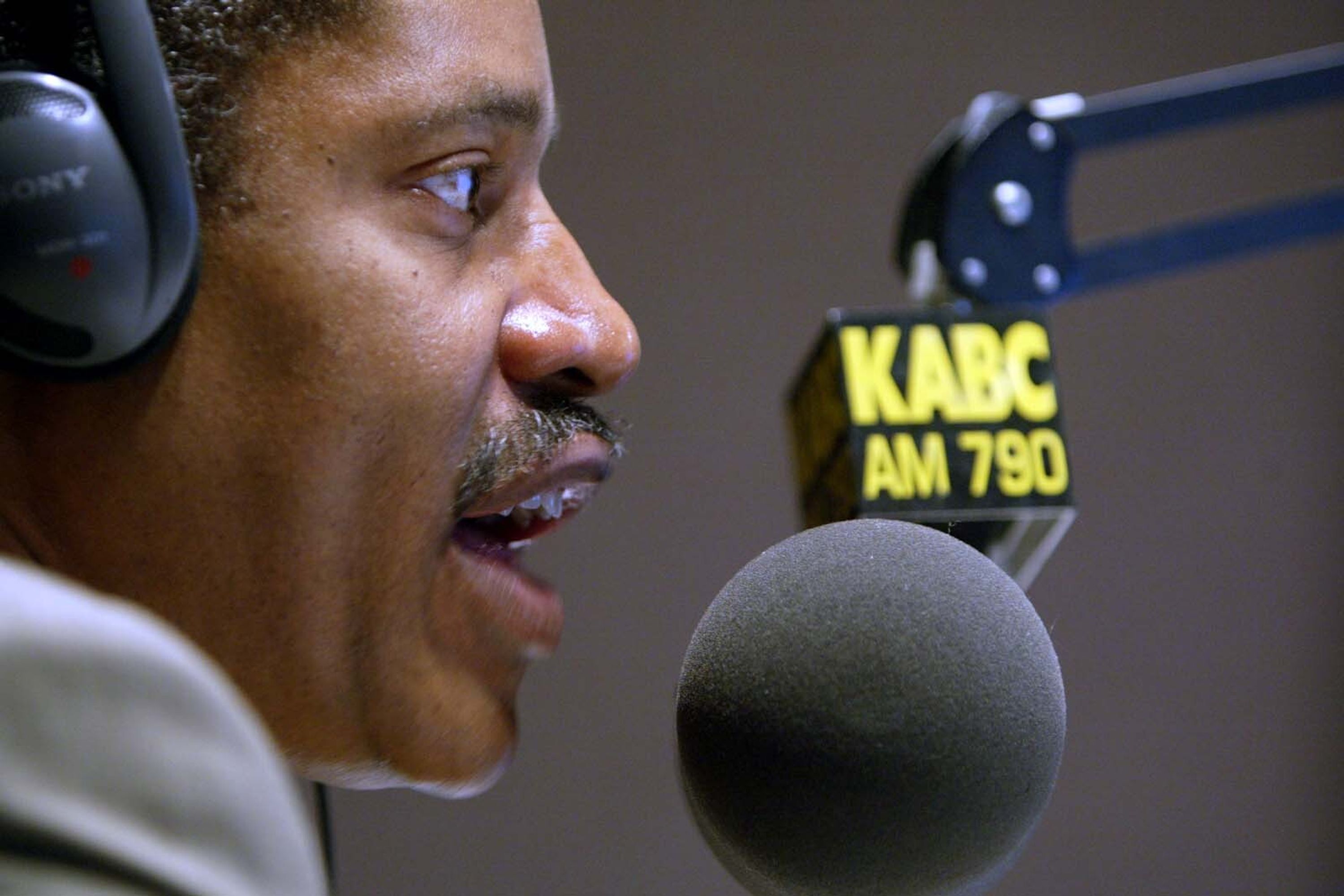 Larry Elder, the surprising front-running candidate to replace Gov. Gavin Newsom in next week’s California recall election, has had quite a summer. Mostly, it’s because of the peculiarity of the recall itself: If less than half of those who vote choose to keep Newsom in office, Elder — a controversy-generating radio host who has never held political office — could replace Newsom with a pitifully small share of the overall vote. But a large part of the reason Elder has gotten so much attention is that he’s a Republican and a conservative who is Black.

That’s not as rare a thing as it used to be, thanks in part to Elder, who pioneered playing the Black outlier in his many years as an AM radio host in Los Angeles — the self-proclaimed “Sage from South Central” loudly and proudly opposing liberal shibboleths, especially those around race. Conservatism has changed radically since the ’90s, and so has Elder, easily embracing the unhinged Trumpism that dominates today’s Republican Party. Still, in this very blue state, he has sought to project himself as an independent thinker, no doubt hoping that the merest attempt at rationality or restraint will pass for integrity.

The problem: Elder doesn’t have integrity, not in the way it matters most. I learned this firsthand many years ago.

It was 1997, when he was at the height of his local popularity, and I was a staff writer for the L.A. Weekly. That year, I had written a cover story called “The Butt,” an essay about Black female physicality that was intended to be humorous but also analytical and serious, an exploration of race and representation through a lens that was unusual at the time, even for a bedrock alternative paper like the Weekly. Essentially, it was a rumination about my own pedestrian struggles with weight and body image that expanded into a bigger rumination about the Black female body, and how the psychology of race and racism is rooted deeply in physical difference.

The story was noticed by many people in town (not least because it featured my own butt — prominently, but fully clothed — on the cover). One of them was Elder. I recall well how on his show he started complaining about the story, ridiculing the subject matter and the author as incomprehensible. Who was this woman, he scoffed, and what is she talking about?

At that point, I knew Elder’s worldview well and, like other progressive Black people, had learned to mostly tune him out. But his words incensed me, probably because the essay was fundamentally personal, and his attack couldn’t help but feel personal too. How dare he? He didn’t even know me. On an impulse, I called up the radio station, and in a few minutes, somewhat to my surprise, I found myself on air with Elder. The exchange was brief: I asked him what exactly he didn’t understand about my story, and he huffed but didn’t really answer. I was satisfied, at least. I’d said my piece.

Afterward, again to my surprise, Elder’s producer followed up with a call to ask if I would now come on the show as a guest, to further discuss the story. I was opposed on principle — I knew the whole right wing’s modus operandi of bringing on liberal guests just to flog them. But admittedly, as a journalist and a Black person, I was curious. Elder and I operated in different spheres, breathed different air, were destined never to meet. Yet we were Black people from the same part of L.A., roughly the same generation. My curiosity was fueled by a hard kernel of hope that we had something in common, and that even a small something in common could help bring down the great ideological wall that separated Black people too often. If “The Butt” could help bring about a meeting of minds with someone like Elder, a Black person with real media reach, that would be justice indeed. I said yes.

Meeting Elder face to face at the KABC studio on La Cienega in Los Angeles, I was immediately caught off guard. He was low-key and civil, even amiable. Was this an act, a set-up? Once the show started, he sounded more like the Larry Elder I recognized: brash, self-righteous. Still, he didn’t ridicule or even challenge me or my story the way he had a few days before. It turns out he didn’t really need to — his callers did all the debating, with more than a few actually weighing in favorably about “The Butt.” It was off the air, during the commercial breaks, that Elder dropped a bomb. Between the small talk, he told me casually that he had understood my essay just fine and all of its main points. In other words, he got it. “But if you and I agreed, there’d be no show,” I recall him saying. “We wouldn’t have this!” He gestured to the lit-up phone lines with a kind of glee.

I was shocked. Not so much because he was admitting that his on-air personality was shtick, an act that required conflict with the left to stoke ratings. I was shocked that he was so willing to sacrifice his own philosophical alliances with Black people to do it. Elder was no closet liberal, but clearly his conservatism was complicated, not as black and white as he represented to the public, and as he had represented to me. What’s more, he had confessed the truth like it was no big deal, as if intellectually selling out your own people when convenient was simply the price Black Americans paid for success.

Maybe he figured that I — a fellow striver in the media business, from South Central, no less — would understand. But what I understood was that whatever he thought we might have in common was a perversion — a betrayal, political and personal in equal measure. He was, on the one hand, justifying my hope that the two of us were more aligned than I had a right to expect. But he was simultaneously casting that alignment aside, debasing not just my hope but the efforts by many Black people to shore up a sense of unity that I believe is crucial to our progress. I left the studio less angry than disheartened. If I had discovered that Elder had really not liked the essay, that he truly believed the opinion he had put out there, I would have felt better. I would have at least known he had integrity.

(I reached out to the Elder campaign to ask if the candidate shared my recollection of these events, but I received no response.)

I never saw Elder again, but the encounter has stayed with me. I don’t expect him to ever change course, or character, and certainly not in an age in which Republicans of all colors have to toe the Trump line to win any election. In California’s second recall election in the past 20 years, Elder’s Blackness might make him stand out from the pack, but only superficially; the truth is, he’s as conformist as they come. Choosing self-serving, conflict-driven entertainment and ratings over subtlety and intellectual honesty is what conservative media does all too often, and it’s become required in conservative politics, too. Elder made a predictable choice, to the permanent detriment of Black people — to all of us — a long time ago. At this very crucial point in its own progress, California deserves more than an act. It deserves integrity. I did too.