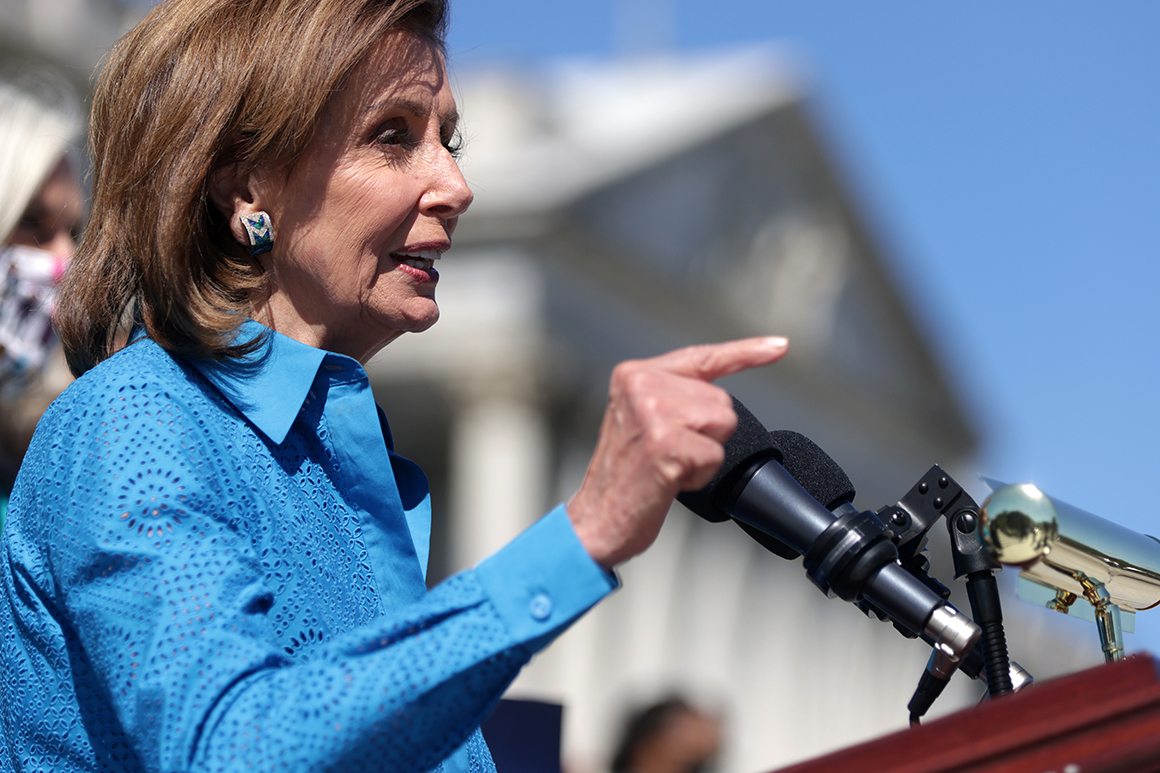 Speaker Nancy Pelosi on Sunday announced the House will vote Thursday on President Joe Biden’s infrastructure bill, as Democratic leaders race to unify their fractious caucus ahead of a critical week.

Pelosi told her members Sunday night that the vote will now take place Thursday, the same day that a slate of surface transportation programs expire, rather than Monday as originally planned. Debate on the infrastructure legislation will still begin Monday, Pelosi said — the date she and a group of moderates had originally agreed upon in August.

Pelosi and her leadership team had signaled for days that the vote could slip past Monday, with dozens of progressives threatening to block it without action on Biden’s separate multitrillion-dollar policy bill. But moderates have fiercely resisted a delay much longer than 24 hours, vowing to ditch the party-line talks altogether if leadership broke the commitment.

“Let me just say we’re going to pass the bill this week,” Pelosi said on ABC’s “This Week” earlier Sunday, declining to offer specifics about the vote timing. She later added, “I’m never bringing a bill to the floor that doesn’t have the votes.”

Some of those centrists who sought that Sept. 27 deadline were privately fuming Sunday night over Pelosi’s announcement, according to people familiar with the conversations. Some of those tensions are likely to flare Monday evening, when House Democrats meet for a private caucus meeting.

The last-minute schedule change comes as Pelosi and her leadership team enter one of the most consequential legislative weeks in years. House Democrats will attempt to pass not only the public works bill with $550 billion in new spending, but also a mammoth domestic bill with a price tag up to $3.5 trillion.

Pelosi announced Saturday that lawmakers will vote on both packages this week, guaranteeing a frenetic timeline as lawmakers and staff scramble to finish drafting that broader policy bill — and get the full caucus in line behind it.

Pelosi and her leadership team are still racing to lock down the votes for both bills, according to multiple people familiar with the discussions. With just three votes to spare, Democratic leaders are counting on the White House to flex even more whip muscle in their already expansive operation.

Biden, his Cabinet officials, the Legislative Affairs office and senior White House staff spoke to several lawmakers this weekend about the path forward, according to a White House official.

“Engagement is happening through the weekend into Monday and it continues to be clear that there is strong resolve across the caucuses behind passing these bills so that our economy delivers for the middle class and not just those at the top,” the official said.