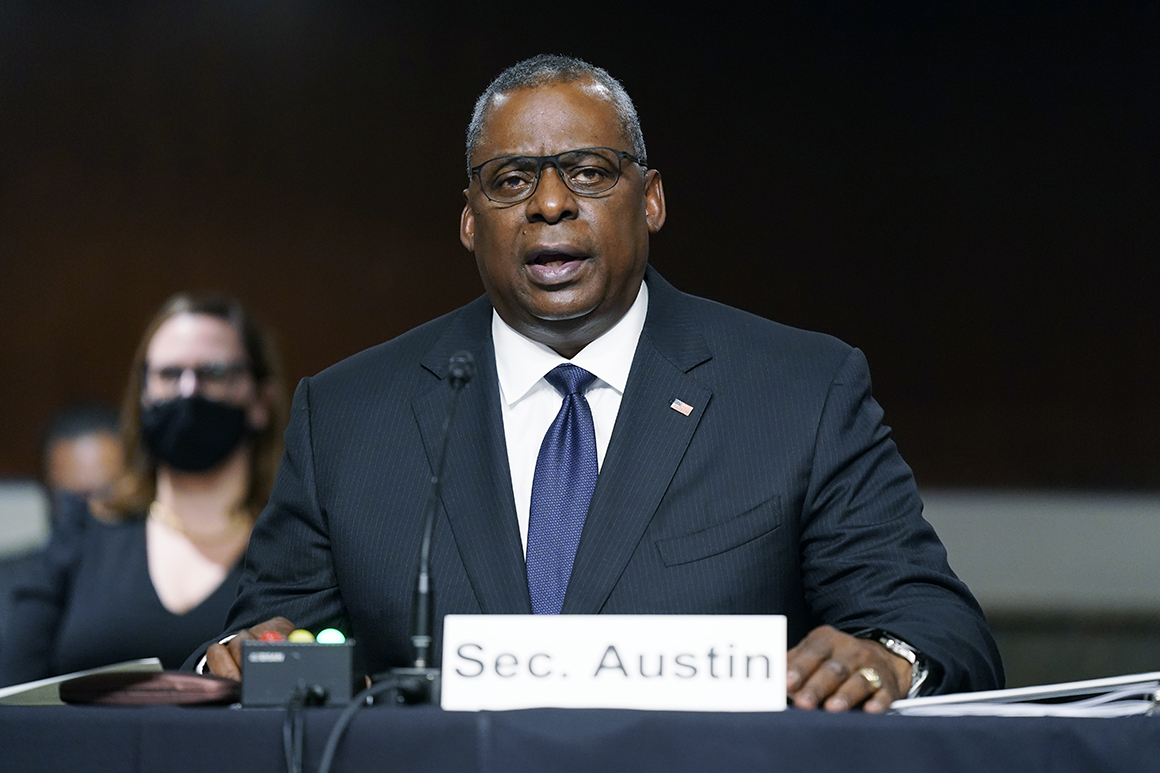 Gen. Mark Milley, chair of the Joint Chiefs of Staff, described the end of America’s two-decade war in Afghanistan as a “strategic failure” on Tuesday, as the Pentagon’s most senior leadership testified before Congress about the U.S. military’s chaotic withdrawal from the war-torn country last month.

Appearing alongside Milley and Gen. Frank McKenzie, commander of U.S. Central Command, at a Senate Armed Services Committee hearing, Defense Secretary Lloyd Austin also acknowledged various mistakes the Biden administration made amid the drawdown, even as he touted the scale of the U.S. military’s massive evacuation effort out of Kabul’s main airport.

The question-and-answer session represented one of the first opportunities for congressional lawmakers to grill the Pentagon’s top brass on the planning and execution of the Afghanistan pullout, which devolved into chaos in August as the Taliban quickly overran the country and forced a hectic evacuation mission.

In his opening statement, Austin told senators that while the Pentagon “planned to evacuate between 70,000 and 80,000 people” from Hamid Karzai International Airport, American forces were ultimately successful in transporting more than 124,000 people out of Afghanistan.

The U.S. military also evacuated more than 7,000 people per day after initially planning “to move between 5,000 and 9,000 people per day,” Austin said, and “at the height of this operation,” an aircraft carrying evacuees “was taking off every 45 minutes.”

“It was the largest airlift conducted in U.S. history, and it was executed in 17 days.” Austin said. “Was it perfect? Of course not.”

The Defense secretary was similarly frank in assessing some of the longer-term oversights of the United States’ 20-year military presence in Afghanistan, concluding that “we helped build a state … but we could not forge a nation.”

“The fact that the Afghan army that we and our partners trained simply melted away — in many cases without firing a shot — took us all by surprise,” Austin said. “And It would be dishonest to claim otherwise.”

Milley, in his own opening statement, described the withdrawal as a “10-year, multi-administration drawdown,” and told senators it was “clear” and “obvious” the war in Afghanistan “did not end on the terms we wanted, with the Taliban now in power in Kabul.”

The Joint Chiefs chair became more blunt as the hearing progressed, saying on at least two occasions that the end of the war in Afghanistan had been a “strategic failure,” despite the fact that the noncombatant evacuation that ended in late August was a “logistical success.”

“There’s been four presidents, 20 commanders on the ground, seven or eight chairmen of the Joint Chiefs, dozens of secretaries of Defense, et cetera” throughout the U.S. war in Afghanistan, Milley said. “And outcomes like this are not determined in the last five days, the last 20 days or the last year, for that matter.”

“Outcomes in a war like this,” he continued, “an outcome that is a strategic failure — the enemy is in charge in Kabul, there’s no way else to describe that — that outcome is a cumulative effect of 20 years, not 20 days. And there are a huge amount of strategic, operational and tactical lessons that need to be learned from this.”

Both Milley and McKenzie also said the Trump administration agreement brokered last February in Doha, Qatar — which called for a gradual drawdown of U.S. troops in Afghanistan, with a total withdrawal set to be completed by May 1 of this year — negatively affected the morale of the Afghan security forces.

Milley went on to emphasize that the Taliban “was and remains a terrorist organization, and they still have not broken ties with al Qaeda.”

“I have no illusions who we are dealing with,” Milley said of the militant group now in control of Afghanistan. “It remains to be seen whether or not the Taliban can consolidate power or if the country will further fracture into civil war.”

Milley said the Pentagon “must continue to protect the United States of America and its people from terrorist attacks coming from Afghanistan,” warning that “a reconstituted al Qaeda or ISIS with aspirations to attack the United States is a very real possibility.”