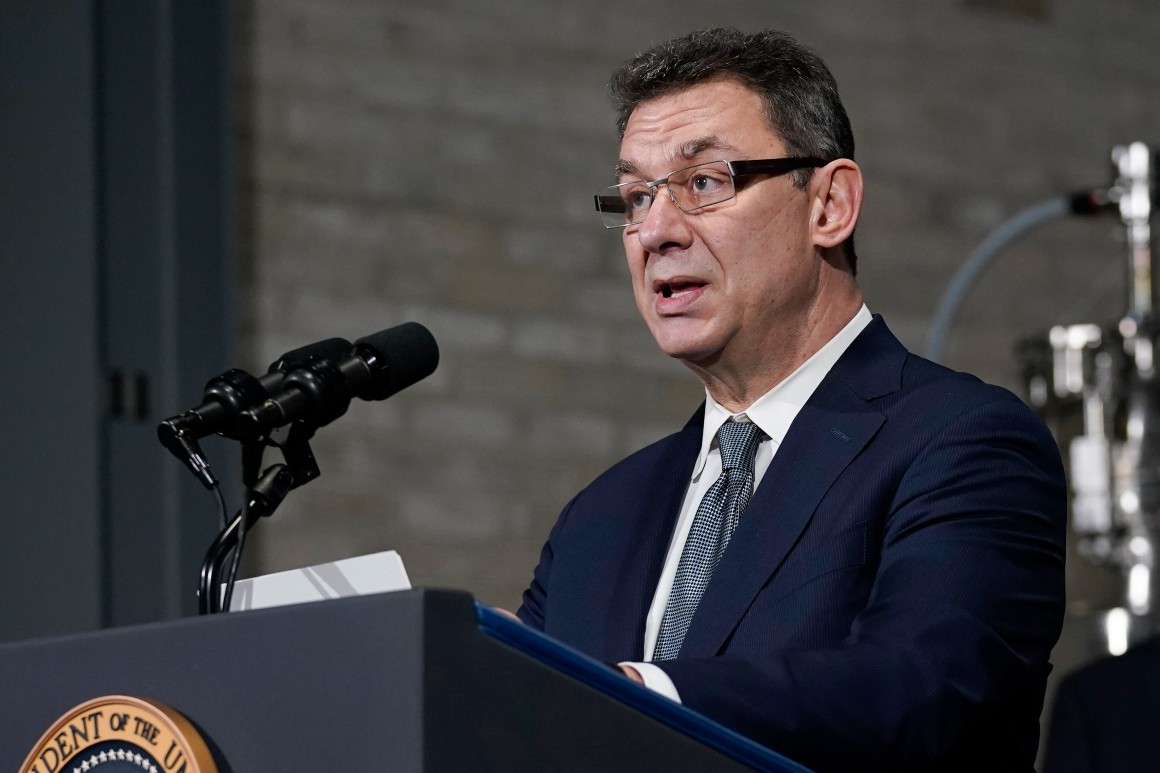 Pfizer’s CEO sent a video message to company employees urging them to fight proposed government drug price negotiations and expressing frustration with Congress, which is considering using the projected savings to help pay for a $3.5 trillion social spending package.

Albert Bourla said he was “particularly disappointed” that a House Democratic leadership-backed drug pricing plan and similar proposals “will have a little positive impact on patients where it really matters at the pharmacy,” according to the three-minute video, a copy of which was obtained by POLITICO.

While Bourla echoed complaints previously raised by pharmaceutical companies about proposed reforms slowing new drug development, he framed advocacy against the measures as another effort for his staff on the back of an exceptional year in which the company’s Covid-19 vaccine became a keystone of the global pandemic response.

“When we asked the Pfizer colleagues to develop a Covid-19 vaccine in less than a year, you did. When we asked you to rapidly expand manufacturing so we can produce 3, 4 billion doses per year, you did it,” Bourla said. “Now, we are asking you to do something equally important to educate yourself regarding policies that will help our breakthroughs get into the hands of those who need them, while protecting our sector’s ability to develop those breakthroughs in the first place.”

He added that the company would share methods to raise awareness on the issue in the next few days.

The emailed video included a link labeled “CLICK HERE To e-mail your Member of Congress today.” A disclaimer at the bottom read: “Participation in any Pfizer Grassroots mobilization is completely voluntary and is not a requirement of your employment at Pfizer.”

Speaker Nancy Pelosi’s drug pricing plan, H.R. 3 (117), would direct the government to negotiate prices on a set number of high-cost drugs, a move the Congressional Budget Office estimates could save more than $450 billion over 10 years. Congressional Democrats are proposing to use the projects savings to pay for the party’s other health care priorities, including a more than $300 billion expansion of Medicare to include vision, dental and hearing care. But budget experts also projected that the price controls would result in eight fewer new medicines coming to market over 10 years, and 30 fewer in the subsequent decade.

Bourla’s call to action is the latest as pharmaceutical companies mobilize to fight Democrats’ proposed drug pricing reforms. The industry’s big Washington lobby PhRMA on Sept. 15 issued a letter signed by every member company that argued that manufacturers’ ability to innovate is “under attack.” The lobby launched a seven-figure television and web ad campaign the same week, including ads in POLITICO.

House Democratic leaders meanwhile are forging ahead with price negotiation in their social spending package despite dissent from within their caucus. But Rep. Scott Peters (D-Calif.), who is leading the House opposition among Democrats, said this week that he is shopping a narrower version of drug price negotiations to other lawmakers, including Sen. Kyrsten Sinema of Arizona, who’s argued for a smaller package.

Pfizer and other pharmaceutical companies have backed narrower measures aimed at lower drug prices, such as eliminating rebates they pay to pharmacy benefit managers and capping out-of-pocket costs for patients. While the latter enjoys broad support, the former comes with a projected cost of nearly $200 billion that has also divided lawmakers.