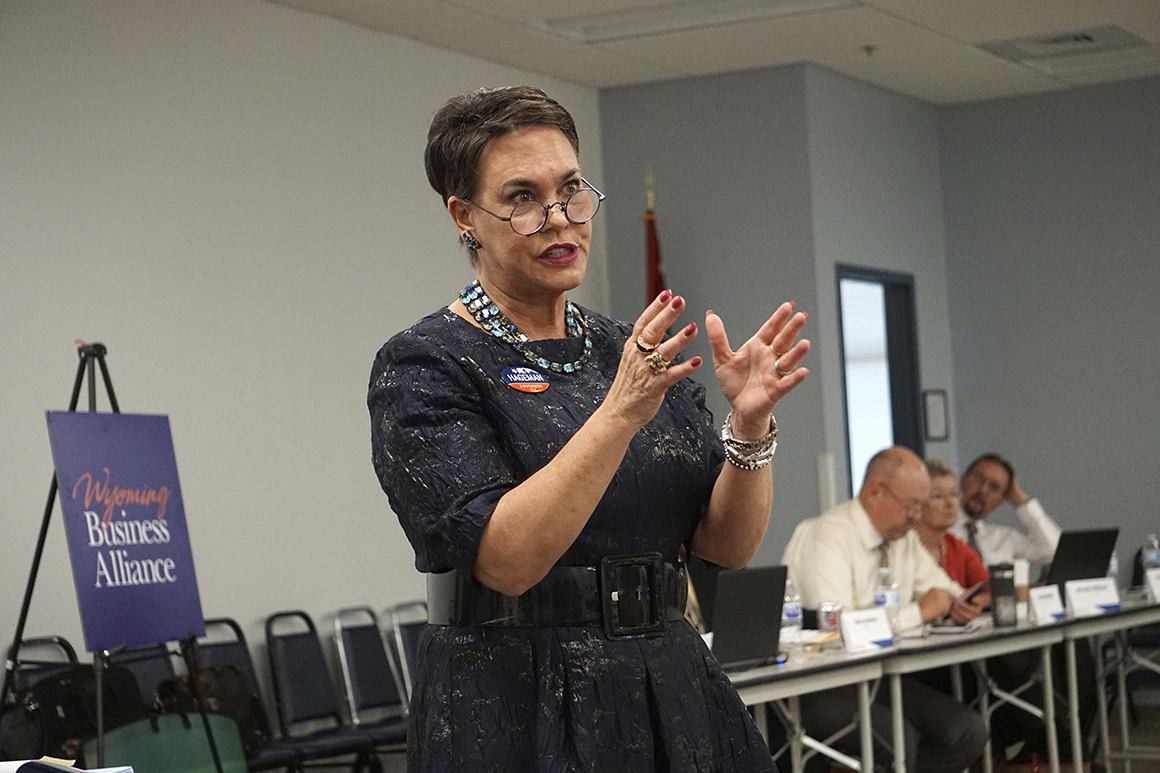 Wyoming Republican Harriet Hageman is resigning her position as the state’s national GOP committeewoman — a move that points to a looming announcement that she will wage a primary challenge against Rep. Liz Cheney.

Hageman, who met with former President Donald Trump last month to talk about entering the race, wrote in a Wednesday letter to Wyoming Republican Party Chair Frank Eathorne that she is stepping down from her post. Hageman, a trial attorney who waged an unsuccessful bid for governor in 2018, appeared to hint at a forthcoming campaign against Cheney, an outspoken Trump antagonist who voted earlier this year to impeach the former president.

“While I have thoroughly enjoyed my work as National Committeewoman, I will not be able to continue in that role at this time and am hereby submitting my resignation to be effective immediately. I have every intention of staying active in the Republican Party and in Republican politics, but will be doing so through different means,” Hageman wrote in the letter, a copy of which was obtained by POLITICO.

Trump has embarked on a monthslong search for a challenger to endorse in the race to unseat Cheney, who has blamed Trump for the Jan. 6 Capitol riot and was one of 10 House Republicans to back his impeachment. The former president has interviewed several other candidates in addition to Hageman, including attorney Darin Smith and state Rep. Chuck Gray. Trump’s eventual endorsement, his aides hope, will elbow out other candidates and prevent a splintered primary that could allow Cheney to win renomination with a plurality.

Hageman would be an unconventional candidate, should she choose to run. She donated to Cheney’s 2014 and 2016 campaigns and served on Cheney’s leadership team during her short-lived 2014 Senate run. She lavished praise on Cheney in a 2018 Facebook post and, as of Tuesday evening, her website included a picture of her with the congresswoman.

But Hageman pointedly criticized Cheney in her Wednesday letter, saying that the state Republican Party’s decision to censure the congresswoman “sent the strong message that we expect our elected officials to respect the views and values of the people who elected them. Accountability is key and I am proud of our party for demanding it.”

Hageman has served on the Republican National Committee for a year. Party rules do not explicitly prohibit sitting committee members from running for office, but the practice is generally frowned upon.