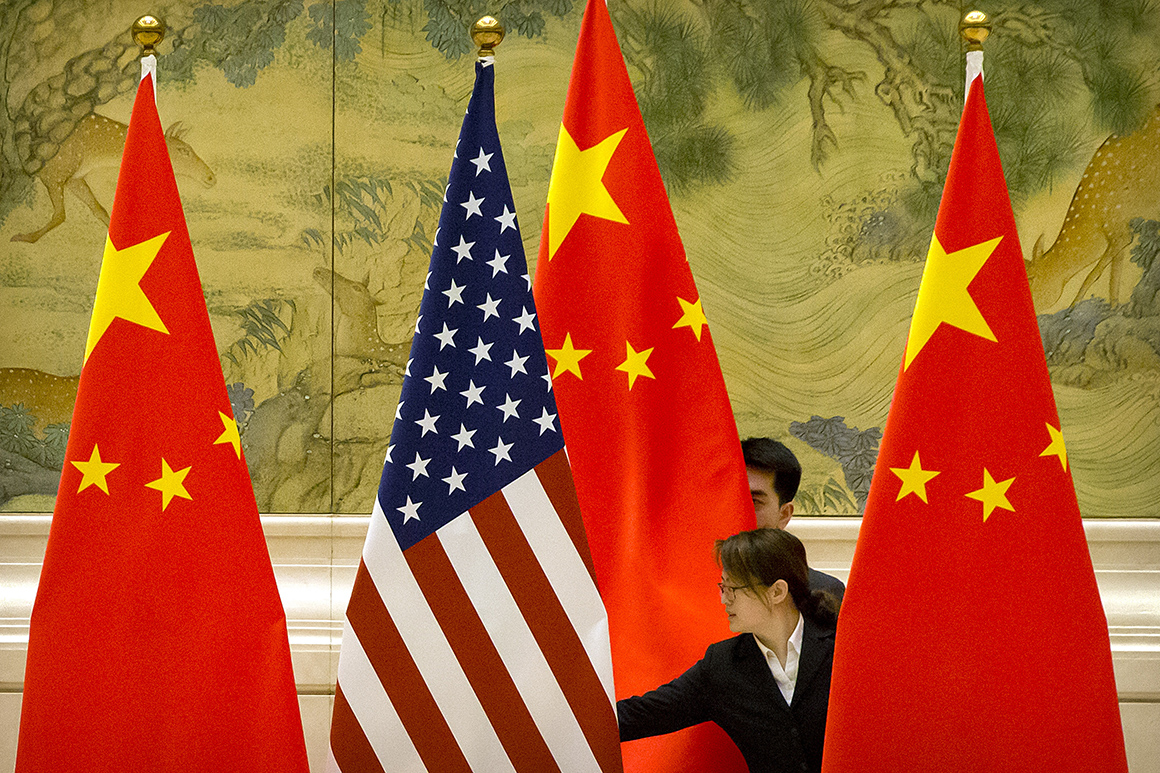 After months of delays, the Pentagon and China’s People’s Liberation Army last week initiated their first direct contact since Biden took office. That meeting, a video call carried by the U.S.-PRC Defense Telephone Link, focused on “maintaining open channels of communication between the two militaries.”

It’s a step. But former senior U.S. military officials warn that better, and more regular, means of communication are necessary to prevent a possible future confrontation between U.S. and Chinese military forces in the Indo-Pacific region.

“There should be a sense of urgency about this,” said retired Adm. Scott Swift, former commander of the U.S. Pacific Fleet. Swift said unpredictable “triggers” may fuel a U.S.-China military conflict that could overwhelm current bilateral crisis communication systems.

Past experience underscores the fragility of those links. In the hours following the June 4, 1989 massacre of Beijing citizens by Chinese troops dispatched to crush the Tiananmen Square pro-democracy demonstrations, then-President George H.W. Bush urgently tried to call China’s then-paramount leader Deng Xiaoping. “But he was unable to get through,” Bush’s National Security Advisor Brent Scowcroft recalled.

History repeated itself 12 years later when Admiral Joseph W. Prueher, then U.S. ambassador in Beijing, urgently tried to contact China’s Foreign Ministry about the collision of a Chinese fighter jet and a U.S. Navy EP-3 reconnaissance plane in April 2001 off China’s Hainan Island.

“They didn’t answer my phone call,” said Prueher. “They didn’t want to talk to us yet.” Prueher had to wait another 12 hours for the Foreign Ministry to open discussions on resolving the crisis.

Twenty years later, Prueher is concerned that a future similar incident involving U.S. and Chinese military forces in the Pacific could “run amok” because of what he describes as “non-existent” bilateral military communications channels.

That concern is echoed by several former senior U.S. military personnel who warn that U.S.-China military crisis communications systems remain highly unreliable. Their inadequacy constitutes a clear and present danger of potential miscommunication that could fuel a dangerous U.S.-China military confrontation at a time of heightening bilateral tensions in the Taiwan Strait and the South China Sea.

“I am very concerned about how difficult it might be to prevent escalation from one or both sides,” said Karl Eikenberry, retired U.S. Army lieutenant general and director of the U.S. Asia Security Initiative at the Walter H. Shorenstein Asia-Pacific Research Center.

There are perilous levels of distrust between U.S. and Chinese militaries in the Indo-Pacific region.

Secretary of State Antony Blinken warned earlier this month about “worsening frictions with China” in the South China Sea and said that potential U.S-China military conflict there “would have serious global consequences for security and for commerce.” The sources of those frictions include China’s increasingly aggressive stance toward the self-governing island of Taiwan and China’s refusal to comply with a 2016 ruling by the Permanent Court of Arbitration at The Hague that rejected China’s claims of sovereignty over vast swathes of the South China Sea.

Vice President Kamala Harris referenced those tensions last week by accusing China of coercion and intimidation tactics in the South China Sea that “undermine the rules-based order and threaten the sovereignty of nations.” A day later, China’s Ministry of Defense spokesman Tan Kefei castigated the U.S. as “the biggest disruptor of peace and stability in the Taiwan Strait” for its naval activity in the region.

Rising tensions have spooked numerous high-ranking U.S. military personnel and Pentagon officials who say they lack “the diplomatic tools to head off a conflict,” Orville Schell, Arthur Ross director of the Center on U.S.-China Relations, said.

Secretary of Defense Lloyd Austin highlighted this concern last month when he declared his commitment to “stronger crisis communications with the People’s Liberation Army.”

Austin’s sensitivity to that communications gap is likely heightened by his inability to secure a meeting with China’s top uniformed military officer. Austin’s outreach reflects his view that the U.S. and China’s militaries need better and faster communication systems to allow them to prevent possible incidents, Pentagon spokesperson John Supple told POLITICO in an emailed statement. Such mechanisms are necessary “to prevent a spiral into crisis,” he added.

But Swift and Eikenberry caution that rarely used hotlines with spotty track records aren’t sufficient in the face of the growing potential for unforeseen incidents in the Pacific. And they warn that existing bilateral military structures to reduce the possibility of military conflict between U.S. and Chinese forces — the 1998 U.S.-China Military Maritime Consultative Agreement and the Code for Unplanned Encounters at Sea — are valuable, but inadequate.

U.S. and Chinese military commanders in the Pacific also lack direct connections to each other that could be tapped to help prevent or mitigate possible military confrontations due to the Chinese military’s “rigid hierarchy,” retired Marine Corps Lt. Gen. Wallace “Chip” Gregson told POLITICO.

“The shorthand was we wanted to get the guy’s cell phone number to use in a crisis,” Gregson said. “It ignored the basic fact that … It would be worth the head of any senior Chinese officer to take a call from a senior U.S. officer in a crisis.”

Swift prescribes a drastic rethinking of current bilateral military crisis communications order to avoid potentially disastrous “unintended consequences” stemming from an incident between U.S. and Chinese military forces in the Pacific. He is partnering with retired senior U.S. and Chinese government and military officials in unofficial back-channel dialogues to develop a more effective model for bilateral military crisis communications that can meet the challenges that a more assertive Chinese military presence in the Pacific poses to U.S. forces in the region.

His hope is that effective relationship building can provide “an off-ramp to de-escalation” in moments of military confrontation. “They have to get to know each other,” Swift said. “You build the trust outside of crisis … but there is very little trust on either side, and especially on the Chinese side.”

Schell sees ominous historical parallels in the current failure by the U.S. and Chinese governments to establish effective communication bridges. “Small things starting on a small scale and then expanding into an incident, this is the way World War I started,” Schell said. “Nobody wanted it, it’s just there were no mechanisms to deal with [unexpected] incidents.”