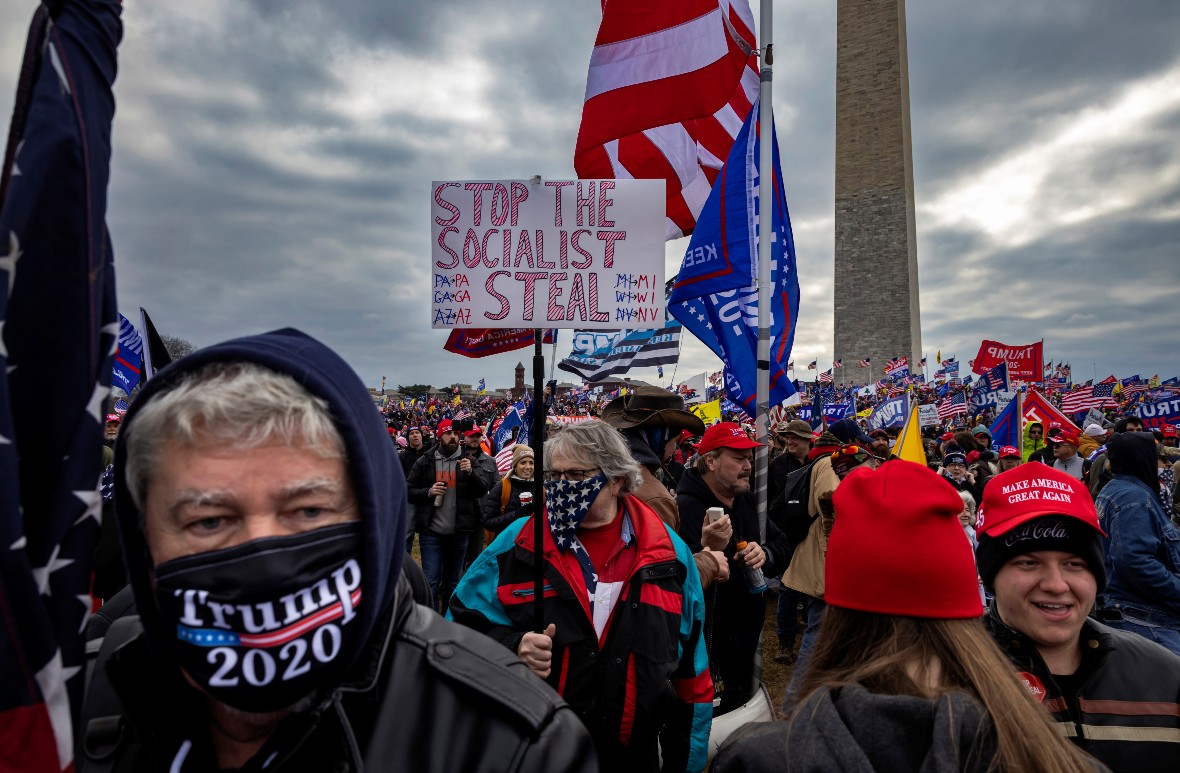 Inexperienced reviewers hired by the Arizona state Senate have been trawling through the results in Maricopa County for months, with the county’s Republican elected officials debunking their claims as they went along. But as draft copies of the report surfaced Thursday night, with a vote count aligning with the official results showing President Joe Biden won, GOP-controlled Texas became the latest state to launch a copycat investigation of 2020 results in four large counties. Republican state legislative leaders in two states Biden narrowly won, Pennsylvania and Wisconsin, recently blessed election reviews as well.

Republican candidates up and down the ballot in state after state are adopting former President Donald Trump’s phony claims about fraud and stolen elections. And in Arizona, Republicans said their demand to keep revisiting 2020 was inflamed — and that the report made it necessary to consider more restrictive voting rules in future elections.

“This is a huge win for the 3 November movement to get to the bottom of the 2020 election,” said Boris Epshteyn, former special assistant to Trump who has been tracking efforts in Arizona. He said “the next step is a full audit and canvass of all Arizona counties and including a full canvass in Maricopa County.”

The Arizona state GOP held a watch party for the unveiling of the report, and multiple candidates for governor questioned the validity of the state’s 2020 election results throughout the day. The same thoughts and statements have spread to other states, too, driven by Trump’s lies and unsubstantiated claims about the election.

For months, Trump has been fixated on reports about the 2020 election results, and has been particularly interested in the Republican efforts in Arizona. During media appearances and at event speeches, Trump made questioning the 2020 election results a major rallying cry, even calling it the “crime of the century.” Behind the scenes, Trump got regular updates from aides and allies about the minutiae of the Arizona auditors’ findings and closely followed the right-wing media’s coverage.

Months of work and millions of dollars poured into producing a report that election experts — including Democrats, Republicans and nonpartisan officials — have urged people to reject out of hand, because of the improvised processes of the review, the inexperience of those running it and their promotion of conspiracy theories about the election. They said the fact that the final vote tally from the report closely tracks the actual official results does not change the fact that it should be dismissed.

“The takeaway is that this was a colossal waste of time,” Arizona Secretary of State Katie Hobbs, a Democrat who is now running for governor, said in a brief interview on Friday. “And anyone who is considering replicating it in their state, or taking further action based on this report, should not be considered a serious leader.”

Trump watched coverage of the Arizona hearing from his Mar-a-Lago resort in Palm Beach, Fla., and was updated on findings by aides, according to a spokesperson. In statements, Trump hailed the audit as a “big win for democracy and a big win for us.”

“Voters are demanding it,” Trump’s spokesperson Liz Harringon said. “It’s the number one issue of concern we hear.”

Trump’s obsession with the 2020 election and his efforts to undermine the results, said a Trump aide, “will never be dropped. I think he believes it and number two, it is a rallying point for the base. It’s something a lot of his supporters believe in.”

According to a September CNN poll, 78 percent of Republicans say Biden did not win and 54 percent believe there is evidence to support that belief.

That’s despite major missteps in the election review process — and no smoking gun at the end of it. At a hearing for the final release of the report, Doug Logan — the owner of Cyber Ninjas, the firm hired by the state Senate to conduct the work — blamed some of the missteps on either inexperience or lack of cooperation from Maricopa County.

One of those claims came from Logan in July, about 74,000 ballots being mailed back with no record of them being sent out in the first place. This was not true: The vast majority of those ballots were in-person early votes, and Logan and his team just did not have the experience to understand how different types of ballots were categorized. “That was not a purposeful discrepancy, it was just something that was not immediately clear at that point,” Logan said at the Friday hearing.

“The fact that they spouted this piece of misinformation, it’s out there,” Hobbs said. “And no matter what they say to try to backtrack it, people believe that that’s the real information.”

Nevertheless, Logan acknowledged that the tallies from his count are remarkably close to the official results. “The ballots that were provided to us to count [at their counting site] very accurately correlate with the official canvas numbers that came through,” he said during the hearing.

But Trump allies are forging ahead. State Rep. Mark Finchem — whose campaign for Arizona secretary of state has been endorsed by Trump — immediately called for an audit for Pima County, the second-largest county in the state that is heavily Democratic.

In interviews, Trump allies said their focus wasn’t on the vote tallies themselves but rather on the number of ballots the report disputes for reasons like the possibility of a voter moving out of the county pre-election — which the Maricopa County board of supervisors addressed on Twitter. Trump allies accused the media of misinterpreting the review results, and Trump promised in a statement to discuss the report at his rally on Saturday in Georgia.

Election officials point to a bevy of problems with the review from the start: The review in Arizona used secretive, shifting processes that did not match those used in the past by legitimate election reviews. Logan had no past experience with elections and promoted conspiracy theories echoed by Trump before the review, while appearing in a film about the conspiracy of the stolen election while the review was taking place. The whole process was largely paid for by nonprofits allied with Trump and tied to the “Stop the Steal” movement.

“This has been a sloppy process from the beginning, a process that was continually changing,” said Jennifer Morrell, an elections auditing expert who had served as an observer of the process for the Arizona secretary of state. It was “done by individuals without the skills and knowledge and expertise not just in auditing, but in election administration,” she said.

They warn that the conclusions from the report should not be taken at face value because of that, pointing to specific errors. Many of the report’s findings, like a claim of ballots cast from prior addresses or “potential” voters voting multiple times, are rooted in an amateurish understanding of elections and a desire to pre-judge the results, according to the experts.

In particular, the report’s reliance on a commercial database to make claims about voters’ residency status was inappropriate, they said.

“For validating a person’s residence, and whether they are eligible to vote and where they lived in the weeks just before Election Day 2020, I think it’s probably not a trustworthy source,” said Barry Burden, the director of the Elections Research Center at the University of Wisconsin-Madison.

“By saying there’s 10s of 1,000s [of potential problems] and there’s a margin of error here does a real disservice, and a competent reviewer of an election would not make a claim like that,” echoed former Kentucky Secretary of State Trey Grayson, a Republican.

Burden and Grayson, who co-authored a report earlier in this year on the problems with the Arizona review, and Morrell based their comments on a draft version of the final report that circulated late Thursday. Maricopa County, which has a Republican majority on its county board and a Republican chief election official, also disputed much of the report after a preliminary review and during Friday’s hearing, calling the findings “either intentionally misleading or staggeringly ignorant.”

“The whole premise of the project, the foundations and the preparation, are just off. And so I don’t think we should take much of anything away from the conclusions, and ultimately discourage other actors and other states from doing that sort of thing,” said Burden.