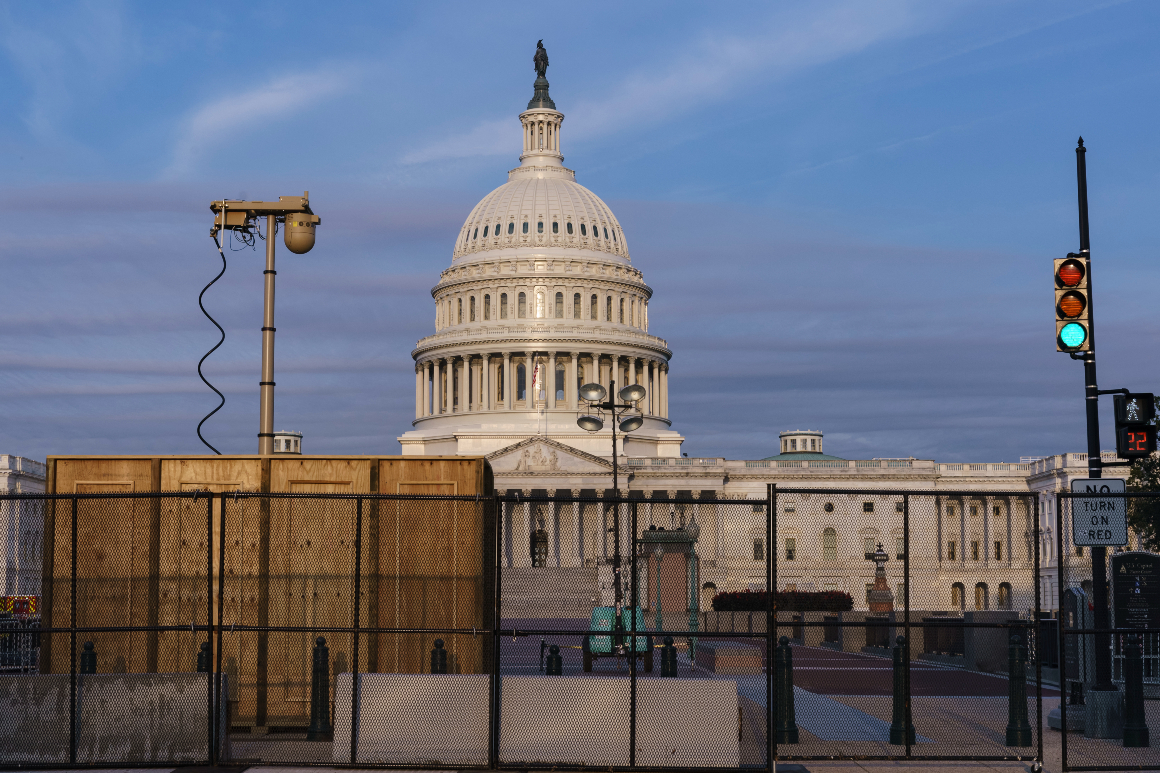 Joe Biden’s White House is about to face the tricky choice of how much material from the Donald Trump White House — if any — it gives to the Jan. 6 select committee.

The National Archives and Records Administration has sent hundreds of pages of documents requested by the Jan. 6 select committee to the former president’s legal team to review, according to a person familiar with the situation.

That move kicks off a process that will result in some tough decisions for Biden’s White House counsel, both politically and legally. That’s because the office will have to decide whether to sign off on any efforts from Team Trump to keep sensitive White House communications from becoming public.

When it comes to document after document relevant to the Jan. 6 panel’s expansive request, Biden White House lawyers will likely face the same tough dilemma: They can either send Congress the material over Trump’s objections, entering unprecedented legal territory about the treatment of former presidents; or they can withhold materials from Hill allies, thereby stymieing investigators’ access and potentially generating significant political fallout.

Here’s how it’s playing out:

On Aug. 25, the committee investigating the Capitol attack sent a 12-page document request to the National Archives. The committee asked for materials that could be highly sensitive, including any internal communications on Jan. 6 related to a host of officials, including top White House lawyers, the president’s national security adviser and the president’s chief of staff.

The House select panel on the insurrection, led by Chair Bennie Thompson (D-Miss.) and Vice Chair Liz Cheney (R-Wyo.), also asked for all notes summarizing the president’s meetings that day and for all documents sent to and from the White House Situation Room on Jan. 6. That’s just a small sampling of the committee’s sweeping bid for materials.

Much of what the committee seeks could be covered by executive privilege — a legal doctrine shielding presidents’ communications with their advisers from becoming public. The privilege exists so that presidents can have candid and uncomfortable conversations with their top aides without worrying about future embarrassment or repercussions.

And the law governing White House records, called the Presidential Records Act, says former presidents have the right to weigh in on whether executive privilege should be asserted to prevent their administrations’ materials from going to Congress. But only the current president can formally assert executive privilege to block the National Archives from releasing White House records, according to a subsequent executive order on the process.

Archivists are now working to find records that are responsive to the committee’s request, according to the source familiar with the process, who addressed it candidly on condition of anonymity. As those records are found, they are sending them to Trump’s legal team on a rolling basis.

If the Biden team decides to override the Trump team, another 60-day window opens in which the Trump team can try to change Biden lawyers’ minds, or go to court. But the Presidential Records Act and the executive orders interpreting it include sometimes-fuzzy language, and experts may take different views on some of the finer points of this process, including the timelines involved.

It is unclear if Trump’s lawyers have yet asked Biden’s lawyers to assert executive privilege regarding any of the materials they’ve received so far. But Trump himself has said they will.

“Executive privilege will be defended, not just on behalf of my Administration and the Patriots who worked beside me, but on behalf of the Office of the President of the United States and the future of our Nation,” he said in a statement last month.

A White House spokesperson, in turn, noted that Biden has praised the select committee.

“As President Biden has said, the events of January 6th were a dark stain on our country’s history, and they represented an attack on the foundations of our constitution and democracy in a way that few other events have,” said White House rapid response director Mike Gwin in a statement. “The President is deeply committed to ensuring that something like that can never happen again and he supports a thorough investigation into what occurred. That’s why his Administration has been engaging with Congress on matters relating to January 6 for several months now and will continue to do so, including with the Select Committee.”

David Rivkin, who served in the White House Counsel’s Office and the Department of Justice in the Reagan and George H. W. Bush administrations, said the Biden team should assert privilege over at least some of the materials in question.

“They go to the highest levels of deliberative process in the administration,” said Rivkin, who practices constitutional and appellate law.

Other experts concurred, saying Biden is likely to side with Trump and against the select committee led by his fellow Democrats in at least some cases. That’s because all presidents know that they will eventually be former presidents — and most are loath to weaken the privilege they may someday want to assert. One person familiar with the negotiations between the select committee and White House said to expect Biden’s team to err on the side of disclosure given the gravity of the Jan. 6 attack.

The decision is up to Biden. And if he chooses not to assert executive privilege on Trump’s behalf, he will be in uncharted territory. Rivkin said he wasn’t aware of any instances when a sitting president chose not to assert the privilege on behalf of a former president.

“I think not asserting executive privilege, given the nature of the documents they’re asking for, would set a very bad precedent,” he added. “But the current occupant of the White House can set all sorts of bad precedents.”

Annie Owens, a former Democratic staffer on the Senate Judiciary Committee who helped seek records from now-Supreme Court Justice Brett Kavanaugh’s time in the White House, said in an interview that Biden may decide some interests outweigh the importance of executive privilege.

“In this instance, where you’re investigating an insurrection that occurred at the Capitol and whether anybody in the White House knew about it ahead of time, then there’s a pretty compelling argument that Congress’ need for the information outweighs any White House interest in withholding it,” said Owens, who also helped the House sue to compel former Trump White House ounsel Don McGahn to testify.

If Trump and Biden disagree about whether to send a document to the committee, the former president could take the further and dramatic step of going to court, according to Owens. Under the Presidential Records Act, former presidents can sue if they believe materials from their administrations face unlawful release. It’s never happened before, and Owens said she thinks any such effort would be a long shot.

She added that she thinks Biden’s White House will probably greenlight the release of some, but not all, materials the Hill wants. Saikrishna Prakash, a law professor at the University of Virginia, took the same view.

“You can imagine them honoring some and not others,” he said in an interview. “And it sounds like the president will then try to go to court and say, ‘You can’t release these materials.’”

Litigation could slow down the process enough that it wouldn’t even matter to Trump if he ultimately won or lost in court, Prakash added.

“In all these situations, the key is to delay if you’re the president or the former president,” he said. “Executive privilege is partly strategic. If you can delay the release of information, that’s to your advantage because the House may change hands and there ain’t going to be a committee on Jan. 6.”