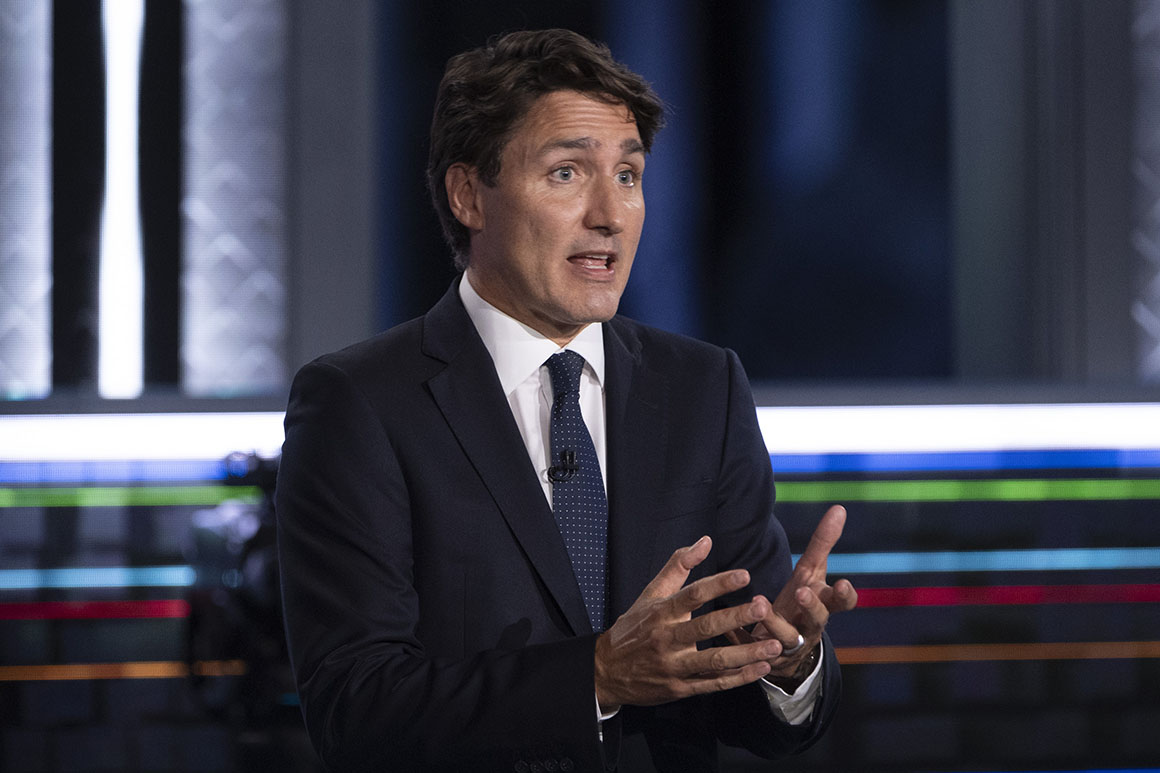 OTTAWA — Justin Trudeau will hang on to his job as Canada’s prime minister in an election victory Monday that fell short of his main objective: tightening his hold on power.

With his Liberals high in the polls, Trudeau plunged the country into an early election in August in hopes the party could gain at least 15 additional seats in the House of Commons to turn his incumbent minority into a far more powerful majority.

Trudeau, however, looked on track to return to the Prime Minister’s Office with roughly the same number of seats his Liberals had when he called the summertime snap election.

The small margin of victory means Trudeau will continue to have to work with opposition parties to pass legislation and to keep his government afloat.

Some will say the 49-year-old prime minister lost his election gamble. Others would argue that a win is a win.

When Trudeau triggered the election last month, opinion polls suggested his Liberals were within reach of recapturing the majority.

Trudeau proved to be more vulnerable than expected.

Throughout the campaign, opponents repeatedly put a bulls-eye on Trudeau’s decision to call the election in the fourth wave of the pandemic. Canadians have rarely punished prime ministers for calling early elections, but Covid-19 added a different lens to the campaign.

Conservative Leader Erin O’Toole stood between Trudeau and the majority.

O’Toole outperformed expectations at the campaign’s outset, especially for a politician who, unlike the Liberal leader, was far from a household name.

The Conservatives are poised to win the second-most seats and will remain as Canada’s official Opposition.

Trudeau’s third election victory comes at the end of a tight 36-day campaign that was disrupted by anger and hostility on the trail.

The election, he argued, was necessary because of the big decisions Canada faces in the months ahead about how it wants to emerge from the pandemic.

He ran on his record managing Canada’s response to Covid-19. After a slow start, the country is now a world leader in vaccination rates. From Day 1 of the campaign, Trudeau tried to make a wedge out of the issue of mandatory vaccinations in federal workplaces and for air and rail travelers.

The Liberal leader talked up the need for these policies — and contrasted his stance with O’Toole’s.

The Conservative leader encouraged people to get vaccinated and said he had received the jabs himself, but he stressed that health-care decisions are up to the individual. He recommended the use of a full suite of health measures, from rapid testing and screening to social distancing and mask usage.

O’Toole was vague throughout the campaign on whether Conservative candidates were vaccinated, even though his Liberal, NDP and Bloc Québécois rivals all disclosed their parties’ statuses.

The Liberals had spent the early summer pre-election period touring Canada and highlighting progress on their promised C$10 per day child care program.

But polls suggest Trudeau’s campaign faltered at the start.

By around the midpoint of the five-week campaign, polls showed that a surging O’Toole had wiped out Trudeau’s large lead. They were neck and neck.

At the time, Conservatives admitted to POLITICO that the early gains likely had more to do with frustration about Trudeau than the little-known O’Toole’s offerings.

The early release of O’Toole’s plan gave voters something to pore over, while Trudeau didn’t present the Liberal platform for another two weeks — and even then it was criticized for lacking any major new commitments.

Trudeau also triggered the election the day the Taliban entered Afghanistan’s capital of Kabul — and he was grilled on the decision to launch the campaign with the Central Asian country in crisis. Covid was spiking in some provinces, wildfires were burning in British Columbia and the U.S. land border was closed to Canadians.

Even in the final days on the trail, Trudeau was still defending his decision.

O’Toole’s campaign was also a big bet. The former air force navigator guided an effort — which some Conservative insiders have described as almost experimental — that targeted swing voters by setting a left-ward course for the party.

He ran an untraditional campaign, especially in the early days, by bouncing between a studio inside an Ottawa hotel and out on the trail. He used Day 2 on the trail to release the Conservative platform, which pitched O’Toole as “The Man with the Plan.”

He put forward policy pledges that have been unpopular within some wings of the party — like a price on carbon — and he installed a new tone at the top on matters like LGBTQ issues and abortion.

“From the first day of my leadership, my priority has been to build a Conservative movement where every Canadian can feel at home — inclusive, diverse, forward-looking, progressive, worker-friendly,” said O’Toole, who unlike his predecessor Andrew Scheer is openly pro-choice and supports same-sex marriage.

His shift towards the center coincided with a jump in support for the People’s Party of Canada, a right-wing movement led by Maxime Bernier, a former Conservative leadership candidate. There were concerns that O’Toole’s Conservative machine would shed support from its right flank.

During a campaign that could have rightly focused on Covid recovery, climate, energy or reconciliation with the Indigenous in Canada, Trudeau and O’Toole spent more time exploiting wedge issues like gun control and abortion.

In the final week of the campaign, O’Toole had to deal with blowback over a Covid crisis in Alberta, where the fourth wave raged out of control. Alberta Premier Jason Kenney, a friend and former federal cabinet colleague of O’Toole, declared a state of emergency in the province and announced a new vaccine passport system he had previously vowed never to introduce.

O’Toole found himself under fire because, at one point, he had applauded Kenney’s management of the pandemic in Alberta. When repeatedly pressed by journalists to criticize Kenney’s decisions, O’Toole refused to do so.

The win is bittersweet for the Liberal leader. He’s back where he started with a minority government.

While his party retains its hold on power for a third consecutive term, the result is the same, raising new questions about the necessity of a C$600 million election.

Trudeau’s failure to capture a majority will draw questions about his leadership when a new session of Parliament is opened in the fall.