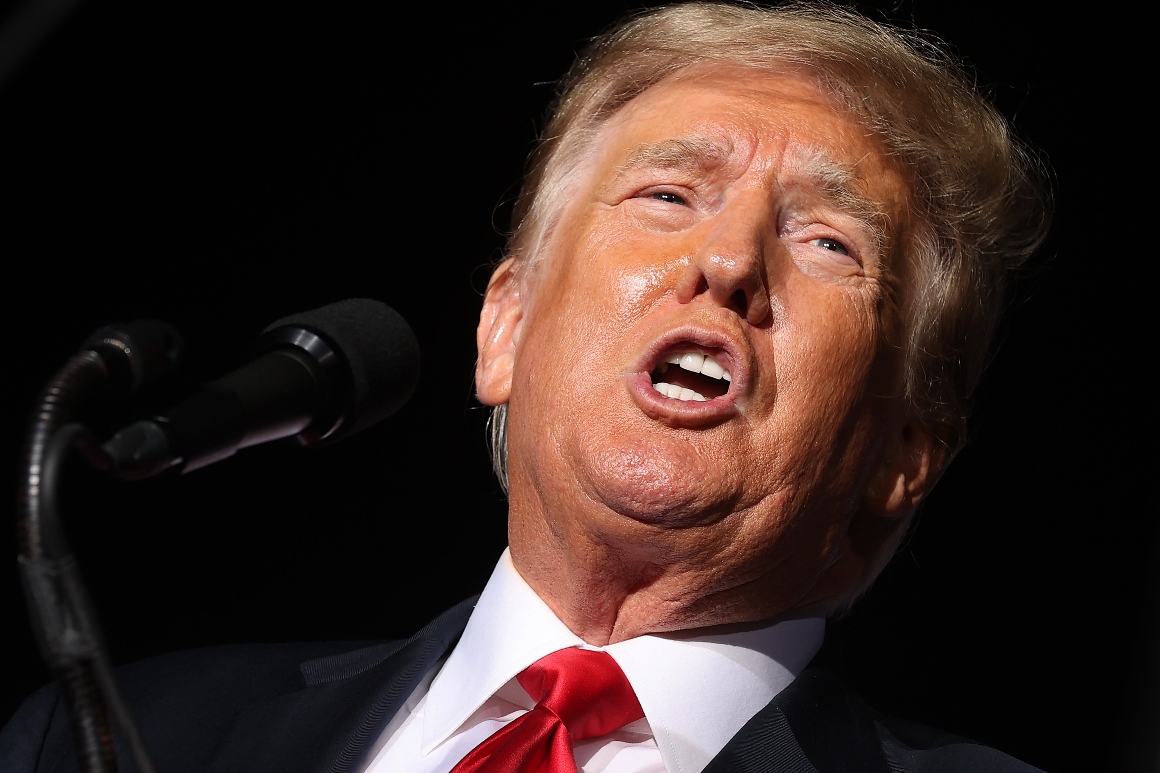 OAKLAND — Donald Trump opened his presidency by falsely claiming massive voter fraud in California. Now he’s returned to the subject, raising the prospect that the outcome of next week’s recall election could follow the same divisive path as last year’s presidential election.

Trump, who told Newsmax this week that the election to recall Democratic Gov. Gavin Newsom is “probably rigged,” is the most prominent in a string of conservatives who have cast evidence-free aspersions on the upcoming vote.

With Republican figures simultaneously telling voters that Newsom’s defeat is inevitable and cautioning that Democrats will try to manipulate the outcome — and polls showing Newsom is likely to survive — it’s a combustible combination. It also might be a preview of what’s in store for the 2022 midterm elections in the wake of Trump’s barrage of false claims about the integrity of election results.

Republican-turned-independent Assemblymember Chad Mayes said his phone has been lighting up with “texts saying ‘don’t let them steal it.’”

“It’s this constant messaging that somehow if Republicans lose elections, it’s because of voter fraud. It is wrong, it is dangerous, and it needs to stop,” Mayes said.

Republican frontrunner and talk show host Larry Elder, who has denied that President Joe Biden fairly won the 2020 election, is among those fomenting the idea of a tainted recall election. He has urged his followers to report “suspicious” recall activity, while saying he was preemptively prepared to file a lawsuit. 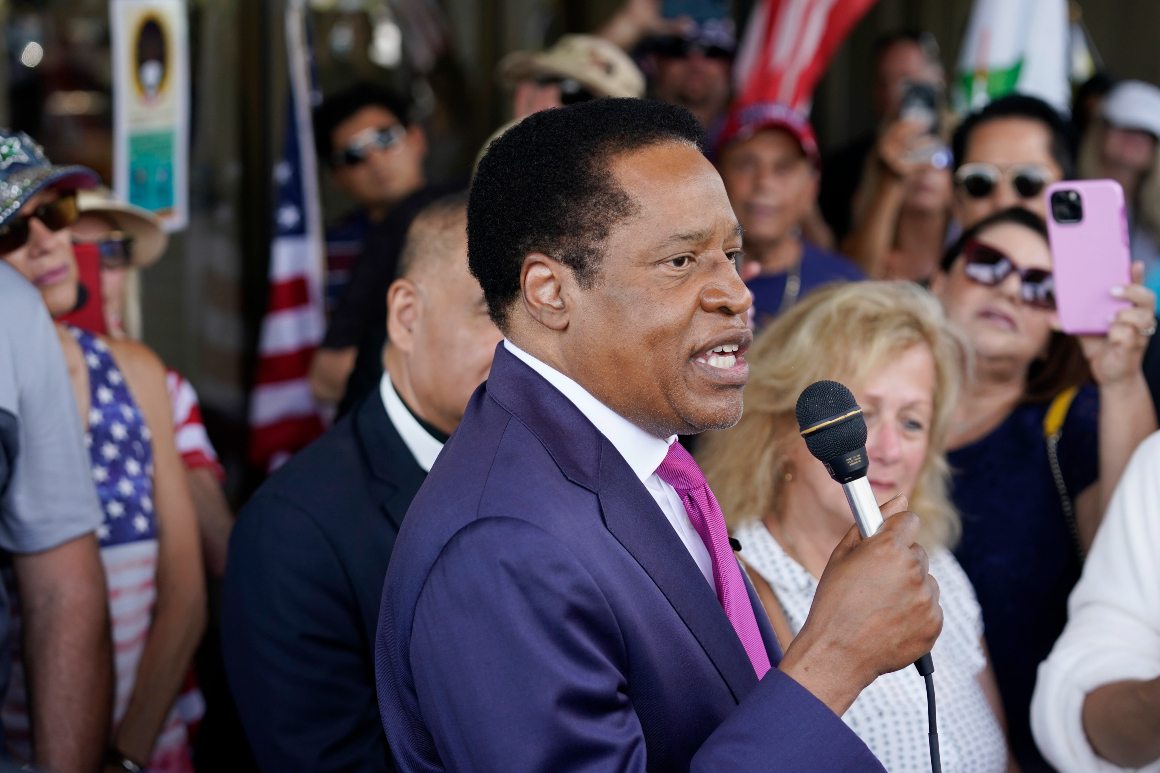 Conservative commentator Tomi Lahren assured viewers this week that only malfeasance could deliver Newsom a win.

“The only thing that will save Gavin Newsom is voter fraud,” Lahren said on Fox.

As prominent Republicans and pundits fan the flames, social media has circulated a story about Torrance police arresting a man with drugs, a gun and hundreds of sealed mail-in ballots (police are still investigating) and a debunked claim that California ballots are designed to reveal how people voted.

All of it resembles the contentious aftermath of the 2020 presidential election, which has been marked by Trump’s ongoing election fraud lie.

“There has been this relentless false narrative about election fraud we’ve been hearing for almost a year now” that “peaked with the insurrection on Jan. 6, and it’s been continuing,” said Kim Alexander, president of the nonpartisan California Voter Foundation. “Just because something doesn’t make sense to you doesn’t mean someone’s trying to steal your vote,” she added, but as conspiracies circulate online, “the more outrageous it is, the quicker people hit the ‘share’ button.”

Warnings about pervasive fraud have helped erode Republican distrust in elections. And no one has played a more pivotal role in undermining trust than Trump. As far back as 2016, after Trump lost California by more than 4 million votes, he claimed he was the victim of “massive voter fraud.”

Two years later, he returned to the subject. “In many places, like California, the same person votes many times — you’ve probably heard about that,” Trump said, without offering any proof. “They always like to say ‘oh, that’s a conspiracy theory’ — not a conspiracy theory, folks. Millions and millions of people.”

California Republicans once reliably voted early by mail while Democrats waited until the last moment. But that dynamic has flipped in recent years as Trump and other conservatives relentlessly hammered mail voting as vulnerable to fraud. In 2020, California shifted to a model in which elections officials mail every voter a ballot — and in a repeat of the voting dynamics of 2020, Democrats are now far outpacing Republicans in returning recall ballots.

“You’ve got the fear factor where all the Republicans are holding onto their ballots because Donald Trump made the statement prior to Georgia, ‘hold on to your ballots, don’t vote in person’,” said pro-recall consultant Anne Dunsmore. “I got all of these crazy responses of, ‘it’s a wasted vote.’”

The California Republican Party is both encouraging voters to trust the process and creating avenues to report wrongdoing. The party has put out videos featuring Rep. Michelle Steel and other figures urging voters to participate, including by mail or by handing ballots off to collectors — a process conservatives once decried as “ballot harvesting” and now pursue. Its website also features options to volunteer or contribute money to “election integrity” efforts that could include legal action. 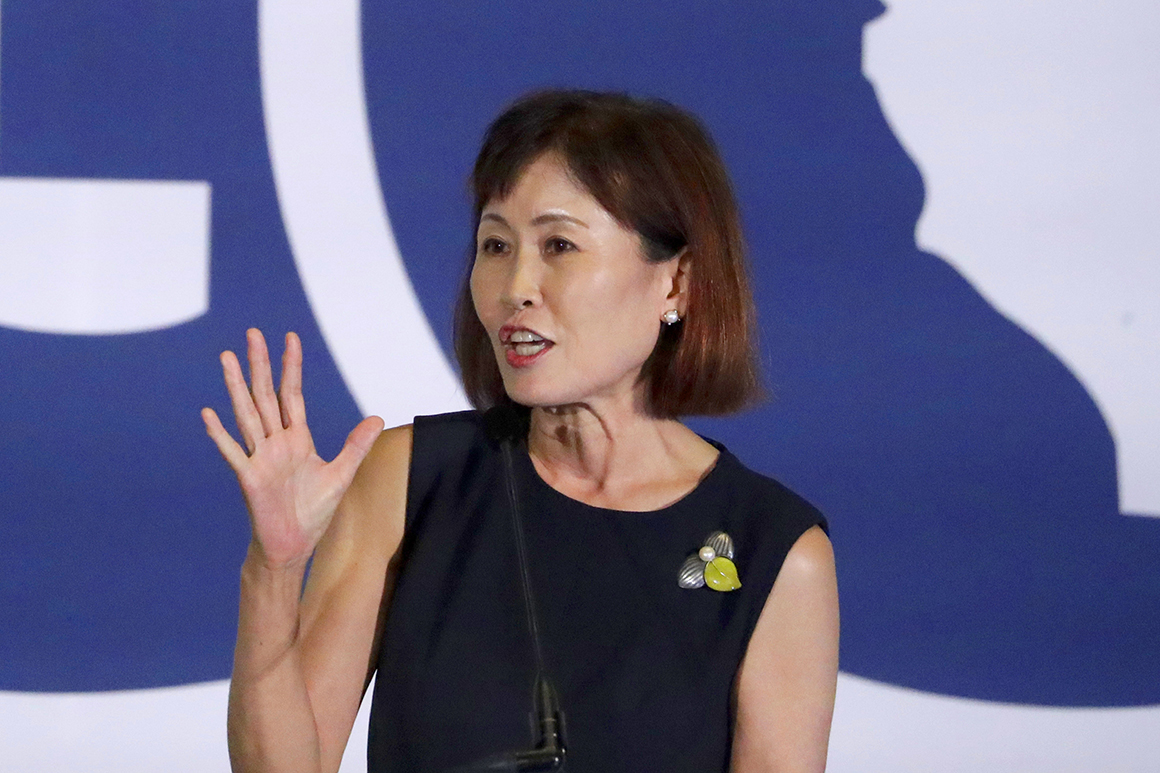 “I think making sure every voter is educated on the way they can vote and putting these security measures into place, being preventative, being proactive will help people gain confidence in the way they are voting,” party chair Jessica Millan Patterson said in an interview. “This is what we’re doing at the California Republican Party. It doesn’t really matter to me what else is going on outside of that — I want people to vote. I want people to have confidence in their vote.”

Polling shows a stark divergence in how voters in the two major parties view elections. Most California Democrats express confidence in California elections. But a plurality of Republicans espouses little faith, and most California Republicans say they are concerned that non-eligible people might vote. A majority of state Republicans still believe the 2020 election was “stolen” from Trump, according to a recent YouGov/Hoover poll.

At the same time, Republicans are confident that Newsom will be recalled even as polls consistently give Newsom a double-digit advantage. That disconnect all but ensures that a tight Newsom victory would spur a new wave of voter fraud accusations.

Foes of Newsom argue the governor has also undermined confidence in the vote. They point to rhetoric from the governor and his allies casting the election as an illegitimate power grab, a “coup” and an extension of the “Stop the Steal” protests of the 2020 election that culminated in the Jan. 6 Capitol riot. Republicans hammered the Democrat-controlled legislature for seeking to protect the governor by moving up the election date at Newsom’s urging.

“They have tried every step of the way to delegitimize the recall,” Republican Assemblymember and recall candidate Kevin Kiley said during a debate, adding that “the scales have been tilted in favor of the incumbent here, and I think that’s why a lot of people distrust our election process.”

But Mayes, the assemblymember, argued the drumbeat of accusations was undermining the larger project of reviving the beleaguered California GOP, which has not controlled a statewide office in years and represents just a quarter of state lawmakers.

“It’s their excuse for losing elections when, in reality, Republicans need to change if they want to win again in California,” Mayes said, “and when they blame voting fraud it gives them an excuse not to change.”